Thanks to the BOU adding Elegant Tern to the British list, I can finally add this species to my Devon list, and so can all the Devon birders who haven't done so already! I twitched the Dawlish Warren bird on May 18th 2002. It becomes my 340th Devon species, which is respectable I suppose, but well below the boys at the top, that must be nudging 370 species (please correct me if I'm wrong Mark).
I thought I'd lost Common Redpoll but the IOC has kept it on, so the bird I found in Topsham in February 2001 still stands.
As of January 1st 2018 I've been able to count Eastern Yellow Wagtail (thank you Phil Abbot) but my Fea's/Zino's Petrel (Prawle August 1999) has presumably become Fea's/Deserta's/Zino's, or do I have to lose it altogether? Thoughts welcome! Actually stuff that - I'm keeping it on.
I've only seen one Devon 'Isabelline' Shrike - the 1987 Wembury bird, which I suspect was Isabelline (Daurian) rather than Red-tailed (Turkestan) Shrike, but I'd appreciate clarification on that if anyone knows otherwise. I'm keeping it on my list as Isabelline/Red-tailed Shrike for the time being. I'm annoyed at myself for not twitching the subsequent Devon birds and will be making the effort to go and see the next one!
Finally there's a chance I'll be able to add Taiga Bean Goose soon. Two birds present on Exminster Marshes, back in January 1997, showed pro-Taiga features but Dave Land's video footage will need to be analysed by the Devon Birds rarities committee to be sure. The results are eagerly-awaited.
For anyone interested, my Devon list can be viewed by clicking on the tab on the menu bar at the top of this page. 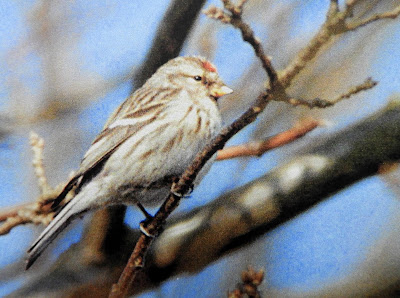 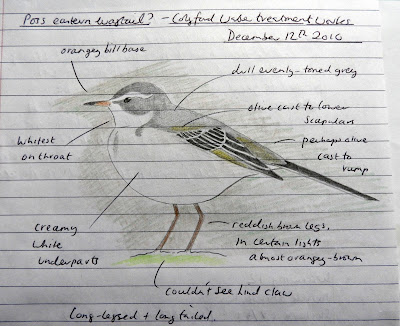 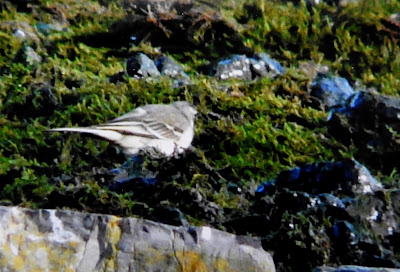 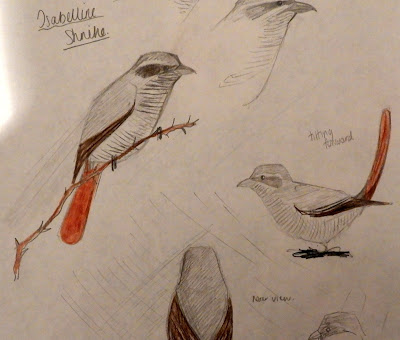 Likely 'Daurian' or Isabelline Shrike - Wembury 14/11/87. I did these field sketches when I was a kid but will have to count it as either Daurian or Turkestan Shrike on my Devon list. 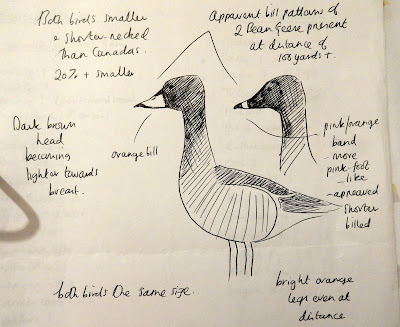