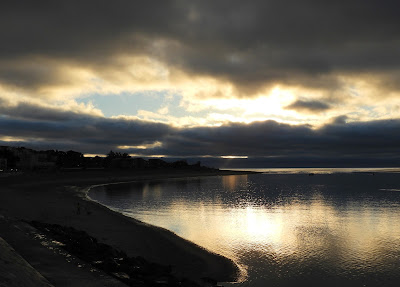 Exmouth seafront shortly after dawn this morning.
Maer Rocks first thing - 49 Dark-bellied Brent Goose, 1 Pale-bellied Brent Goose, 4 Turnstone, at least 1 Purple Sandpiper, 2 Eider and an adult Mediterranean Gull. The third Eider was off the Grove, along with the Long-tailed Duck and 3 Great Northern Diver.
Very little off Mudbank today but 4 Goldeneye were noted and yesterday there was a Pale-bellied Brent Goose off there.
For some inexplicable reason I had the urge to get out of Exmouth and see some other stuff so, with the family all enjoying a lazy Sunday morning at home, I nipped in to Exeter to reacquaint myself with the American Wigeon which I last saw in Exmouth at the end of October 2016. It was easily found on Matford pools but never too close. Whilst there I realised that I was close to Exwick cemetery so I popped over to look for the Hawfinches. They were very vocal so easily located towards the top end, in cherry trees. Although they were easy to see they were a nightmare to photograph, managing to hide in trees with no leaves. I reckon I had about 10 birds but they were hard to count. Paul Gosling managed twelve a bit later on, and was lucky to have views of them feeding on the ground. It was great to bump in to Nigel Pinhorn but we couldn't locate the Common Scoter that's been frequenting the nearby flood-relief channel.
This afternoon I cunningly steered a family dog-walk past an Exmouth Jack Snipe site and managed to find a single bird with 9 Common Snipe.
Last thing this afternoon I popped down to the quay, where quite a crowd had gathered. The Bonaparte's Gull soon appeared and I managed to tempt it close-in with some mouldy bread that I keep in the boot for emergencies. I was gutted not to achieve a decent shot despite the bird being just feet away. Others fared rather better! 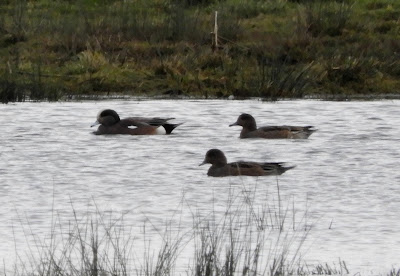 Drake American Wigeon - Matford - the first time I've seen this bird since October 2016, when it was off Mudbank in first-winter plumage. 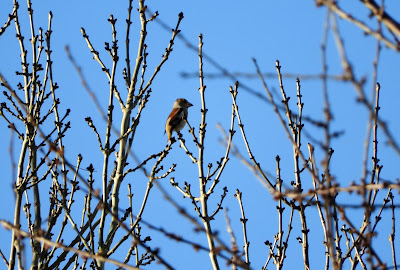 Hawfinch - one of up to about 10 individuals in a cherry orchard in the corner of Exwick cemetery. Easier to hear than see, and calling almost constantly. 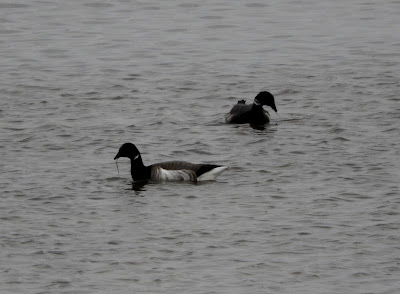 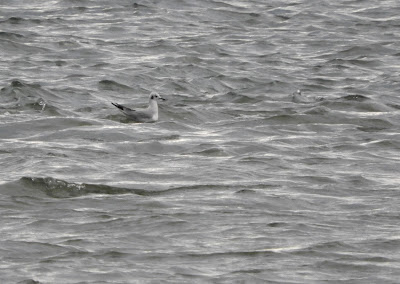