Short-eared Owl, 7 Egyptians and a YLG 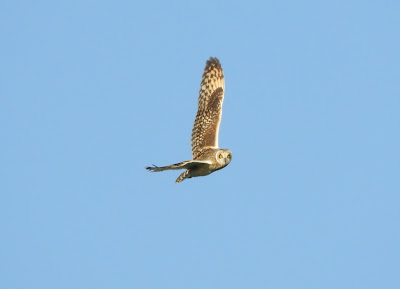 Short-eared Owl - Orcombe.
Lu's Birthday - the most stressful day in the year (don't worry she never reads this blog). She opted for shopping with Maisie and her sister, leaving Joel and I to fend for ourselves 'til 3pm. We cycled to Topsham, grabbed some lunch and then chilled around the house. I managed to get some chores and some gardening done and set the scope up in the back garden, which proved to be a good idea! Stuff's been moving all day. Several large Woodpigeon flocks moved south (which is interesting because when I'm on Orcombe they're always going W/NW), and I recorded small numbers of Redwing, Song Thrush, Skylark, Meadow Pipit, Goldfinch, a single Stock Dove, lots of 'Corvids', Kestrel, Great Spotted Woodpecker and a probable Hawfinch throughout the course of the day.
On the incoming tide, scoping the river produced a surprise flock of 7 Egyptian Geese (which are new for the house list), 40+ Pintail, c1500+ Wigeon, 8 Pale-bellied Brent Goose, the Black Brant, c20+ Black-tailed Godwit and a rather late Sandwich Tern. I nipped down to Mudbank to photograph the Egyptian Geese and whilst down there counted 80+ Turnstone, 3 Dunlin, 19 Redshank 1 Greenshank and a first-winter Yellow-legged Gull.
At 3pm I had a narrow window of time before the family piled round, so I covered the two largest fields at the top of Gore Lane and was rewarded with bird of the day - a beautiful Short-eared Owl. It circled for ages, drawing the attention of some Magpies, and eventually pitched down at the base of the hedge. Could have stayed and watched it for ages but needed to get back. 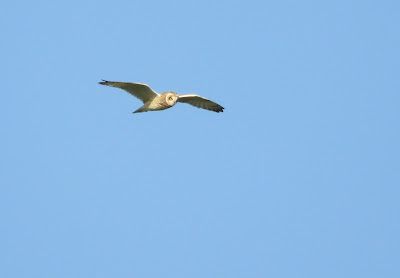 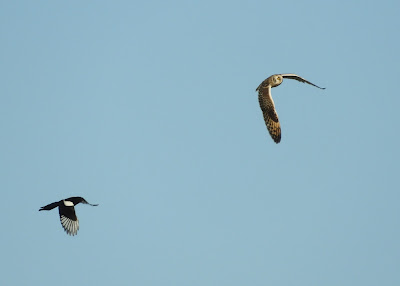 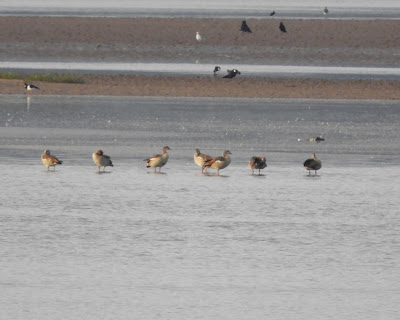 These Egyptian Geese were first seen flying in as I watched from the back garden. I had to nip down to Mudbank to get this terrible shot. 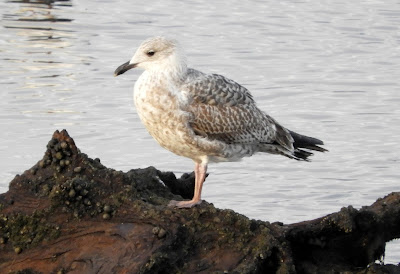 First-winter Yellow-legged Gull - not the most obvious one but the greater coverts (dark bases to outers) and tertials (plain edges) drew attention. I had to wait and see it fly to clinch it but failed to get a photo of the upperwing. 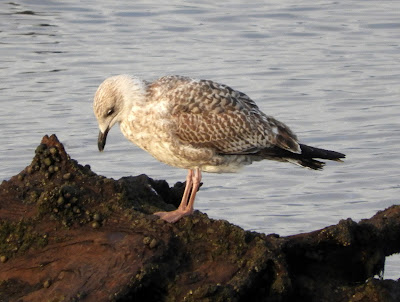 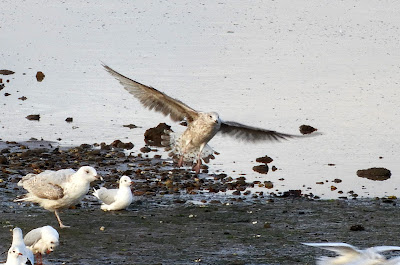 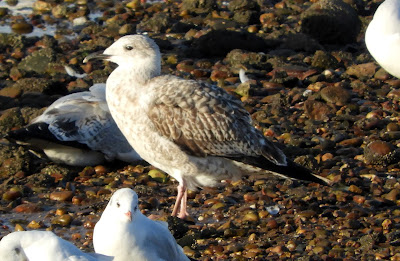