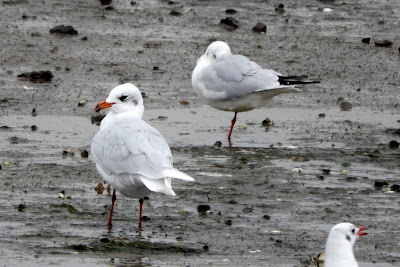 Adult Mediterranean Gull - Mudbank
I did Orcombe again early on but it was just too windy to be much good. I persevered though and recorded 8 Lesser Black-backed Gull, 1 Mediterranean Gull, 9 Common Scoter, c50+ Meadow Pipit, 4 Goldcrest, 70+ Goldfinch, 10+ Pied Wagtail, c50+ Linnet, c400+ Woodpigeon, 1 Stonechat and 3+ Chaffinch.
I was back for breakfast and back out this afternoon to do Mudbank on the falling tide. Totals included c1500+ Wigeon, c8/900+ Dark-bellied Brent Goose, c20+ Pintail, c60+ Turnstone, 7 Red-breasted Merganser, 1 Mediterranean Gull, 1 Kingfisher and 3+ Pale-bellied Brent Goose. I kept tabs on the Black Brant because I knew the Baileys were coming up for it and, whilst I was waiting for them, picked out a Cattle Egret amongst a flock of c20+ Little Egrets feeding out on the river. I was chuffed with this as it's the first one I've had in Exmouth since 2008. 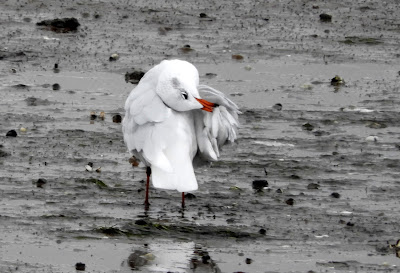 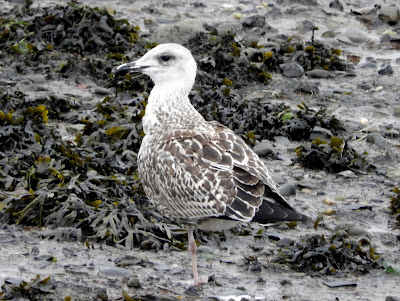 Juvenile Lesser Black-backed Gull - Mudbank - a beautiful bird with distinctive white bill markings - first noted on the 17th - no sign of scapular moult yet but not sure how strong an indicator this is for 'intermedius'. Very smart bird whatever the race, 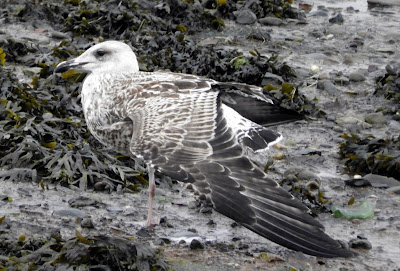 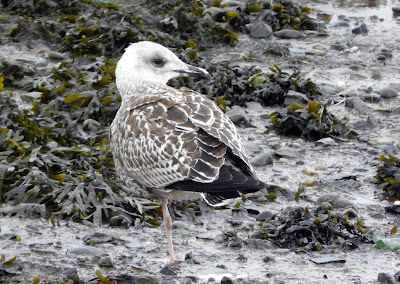 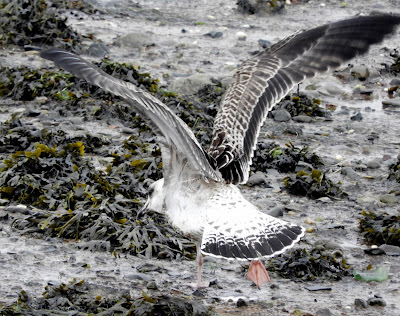 Haven't had a decent look at the underwings yet but they appear quite pale on this view. Notably the median underwing coverts look like they could be white. Will try and get more photos if it stays. 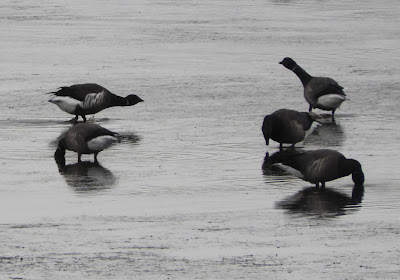 The Black Brant showed relatively well c500 yards north of Mudbank this afternoon. Great to see Bob and Mark as always - an impeccably timed twitch as they turned up minutes after I'd found a Cattle Egret. 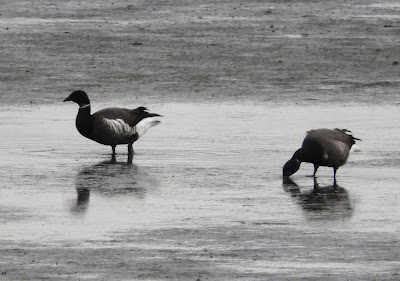 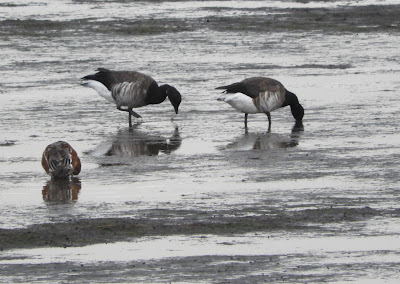 Two of at least three Pale-bellied Brent Geese in with the Brent flock this afternoon. 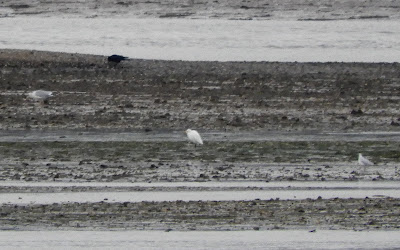 The Cattle Egret was always way out on the mud, and the light levels this afternoon were not great. Even in this awful photo you can see its compact shape and short black legs. Its bill was a nice deep orange colour. My last Cattle Egrets in Exmouth were in January 2008 (2 birds) when there was a large influx into the country. The birds fed in livestock fields north of Mudbank, in the Courtlands area. I hope this bird hangs around but it will surely revert to feeding in fields, probably not in Exmouth.
Posted by matt knott at 09:04