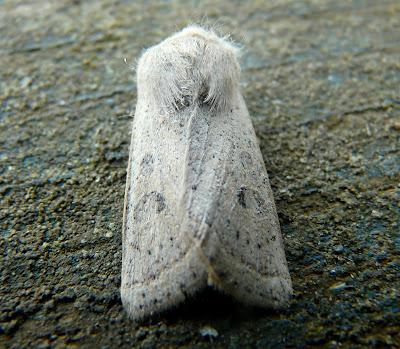 Powdered Quaker
The continuing fine weather hasn't been great for migrants but there have been plenty of insects to look at in the garden. Moths trapped last night - 6 Early Grey, 6 Hebrew Character, c10 Common Quaker, 2 Mullein, 2 Nut-tree Tussock, 1 Shuttle-shaped Dart, 1 Double-striped Pug, 1 V-Pug, 2 Early Thorn, 1 Light Brown Apple Moth, 1 Powdered Quaker and 1 Streamer.
Butterflies have been zooming around the garden all afternoon with several Holly Blue and Speckled Wood noted, along with single Orange-tip, Peacock and Comma.
It has again been poor on the bird front but the Yellow-browed Warbler continues its protracted stay in the front garden of number 35. 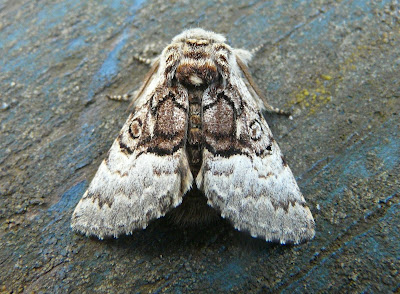 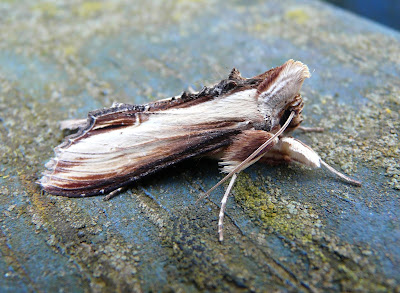 Mullein - a first for me although it's pretty common. I just tend not to get the trap out til later in the season when it's off the wing. It really is a striking species. It was always on the cards following the discovery of the caterpillar in our back garden last year. 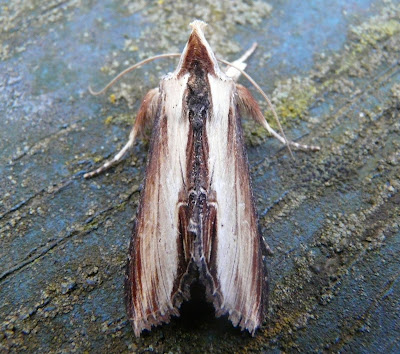 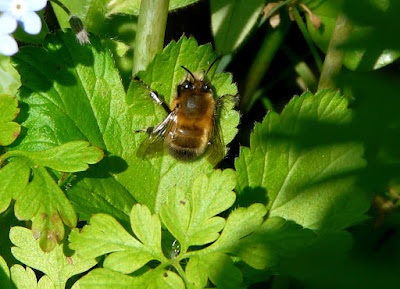 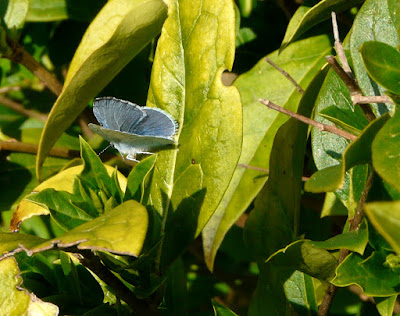 Holly Blue - plenty of these around today although I first noted them on the wing on Monday 3rd April. All were incredibly restless and difficult to photograph. I stood next to our Holly bush hoping to get them egg laying but they just wanted to bomb around. Perhaps it's still a little early? 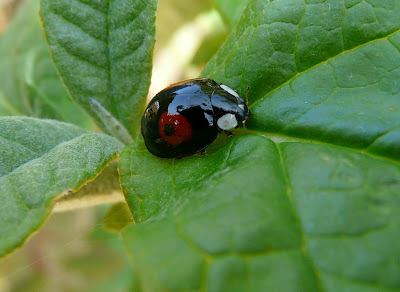