A Bit More of the Same 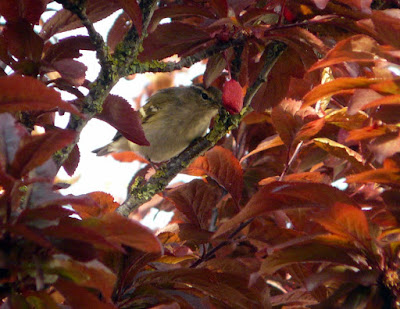 Orcombe Point was back to its default setting of 'dead quiet' this morning. A couple Willow Warblers and small numbers of Linnets and Goldfinches were the only birds of note.
Again the back garden was more productive. My fifth Osprey of the spring appeared upriver over Powderham at 0955 before drifting slowly over towards Exminster Marshes. Terry had another bird 'in-off' over Sandy Bay shortly after 3pm this afternoon but we were at a football tournament in Exeter so I missed it, though I did have a Red Kite fly west across the river before circling over Powderham Park at 330pm.
Other stuff seen from the garden today include 4 Sparrowhawks (with 3 displaying together), 1 Peregrine, 8 Whimbrel and just one Swallow. The Yellow-browed Warbler has been in fine voice today. I listened to it singing continuously for ages this morning and it was still pretty vocal at 6pm this evening. It must be getting very itchy feet but I'll be honest, I'm going to really miss it when its gone. It's definitely looking smarter than it did a week or two ago too. 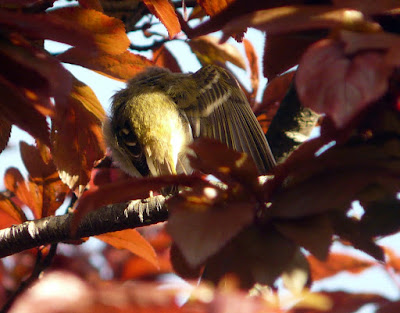