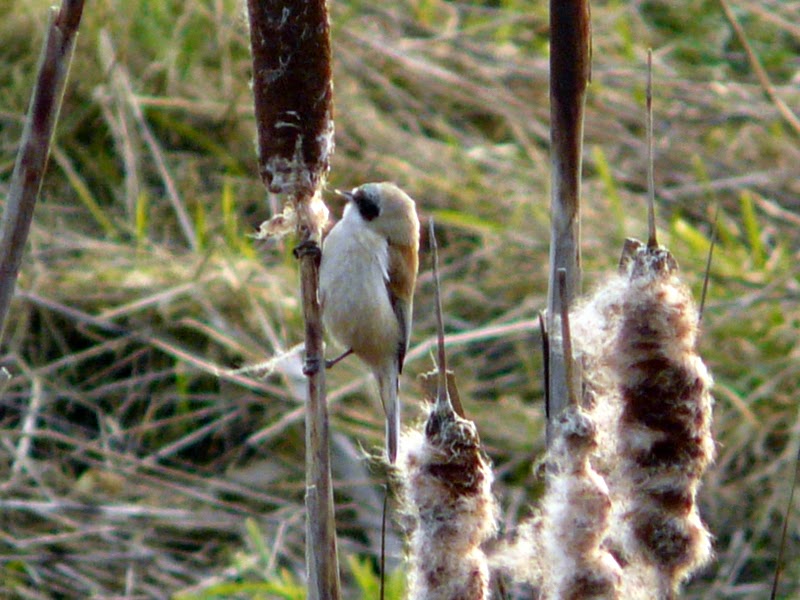 I've tried a few times for these birds without success. I wasn't too worried about seeing them but the more times I missed them the more I became determined to see them! After two cold mornings waiting, I resolved to only try for them if I was passing, but I had a little window of opportunity this afternoon, after work and decided to chance it. Martin Wolinski was there on my arrival. He'd been watching the birds just minutes before, but it still took us a while to locate them. They are remarkably difficult to see, particularly on the 'wrong' side of the bulrush. Two birds were present and they showed really well in the late afternoon sun. They were hard to photograph though, as the reeds swayed in the wind. I was thrilled that Nick managed to connect with them and just before we left, both birds perched on top of the reeds, a good few feet apart, and called to each other. This is the first time I've heard the call - a lovely drawn out, descending 'seeeuuu'. I like the way the Collins Guide describes the call as having a dream-like quality. 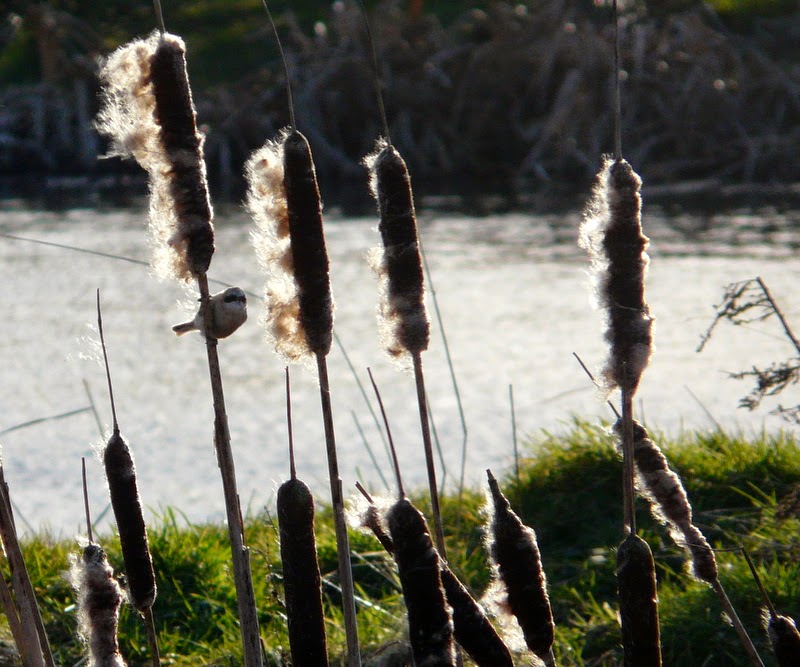 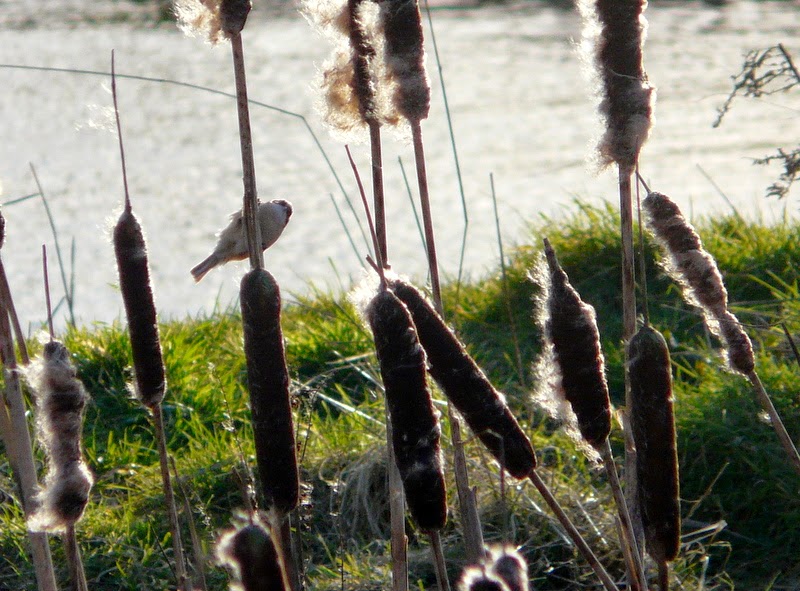 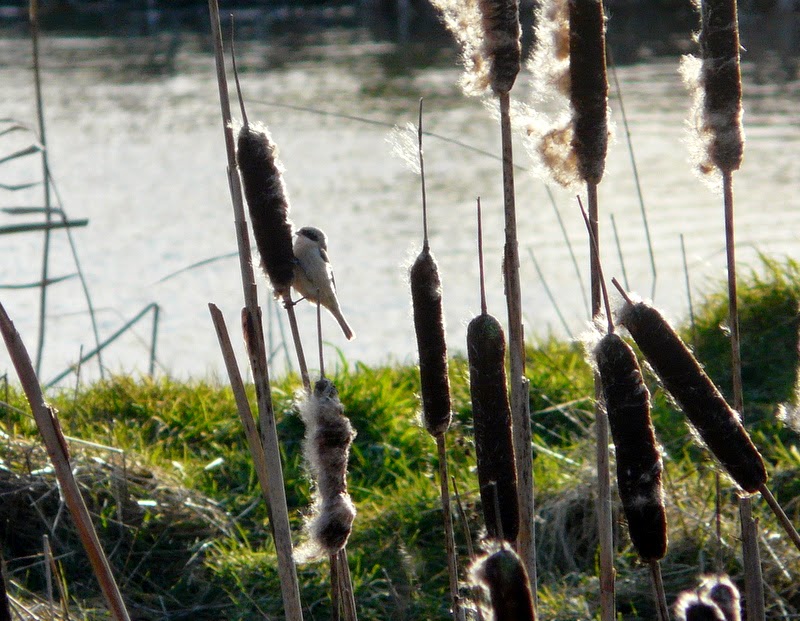 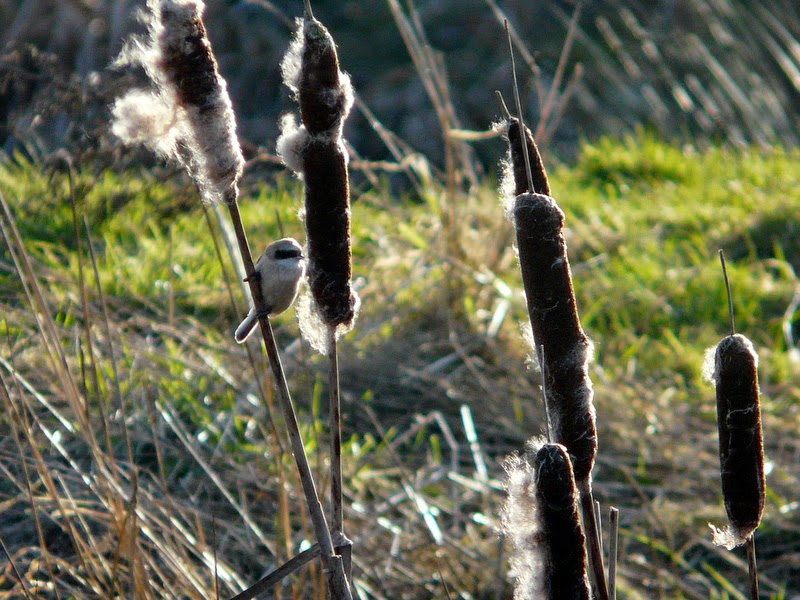 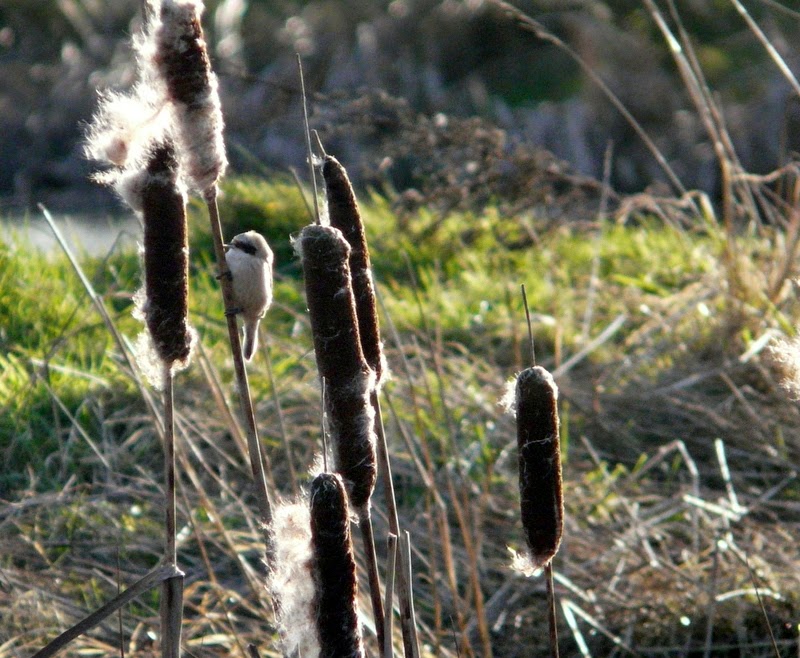 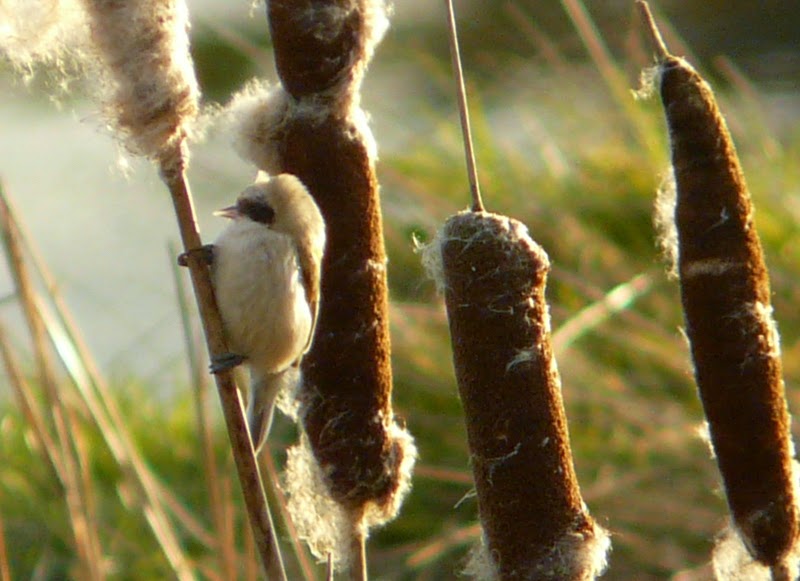 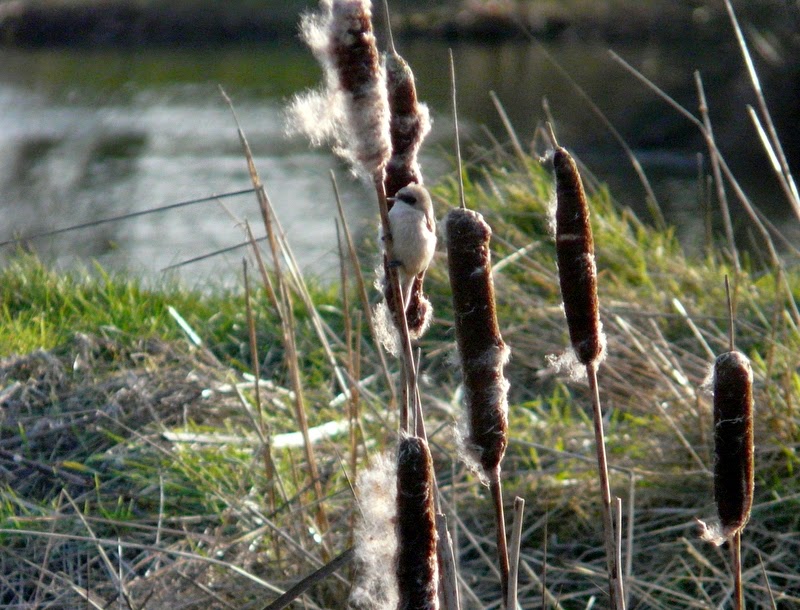 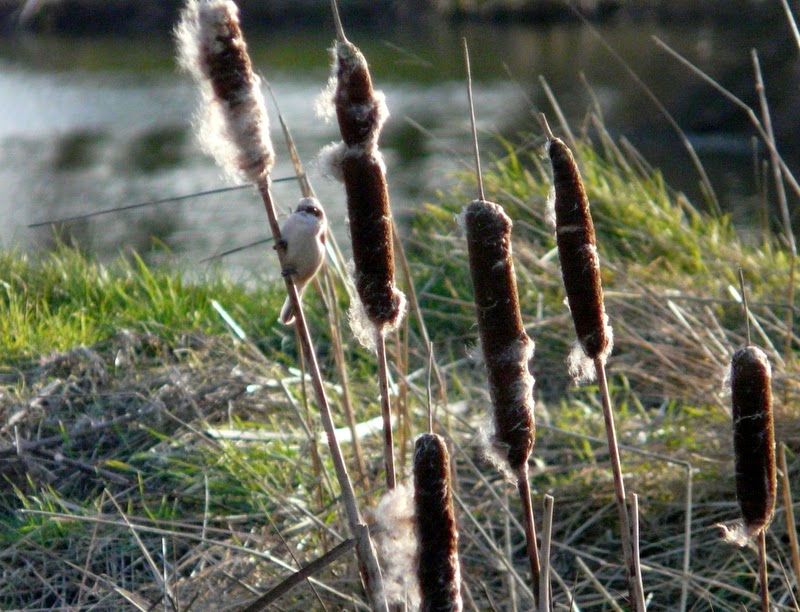 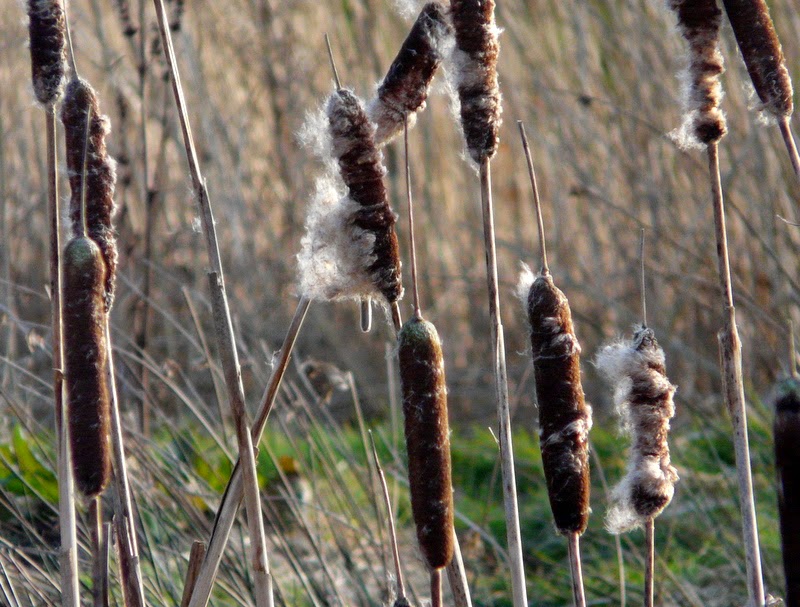 Just the tail is visible in this shot. For much of the time the birds were completely hidden from view behind the seed. It's a well known fact, but so true, that the best way to locate them is to look for the seed flying off the bulrush. 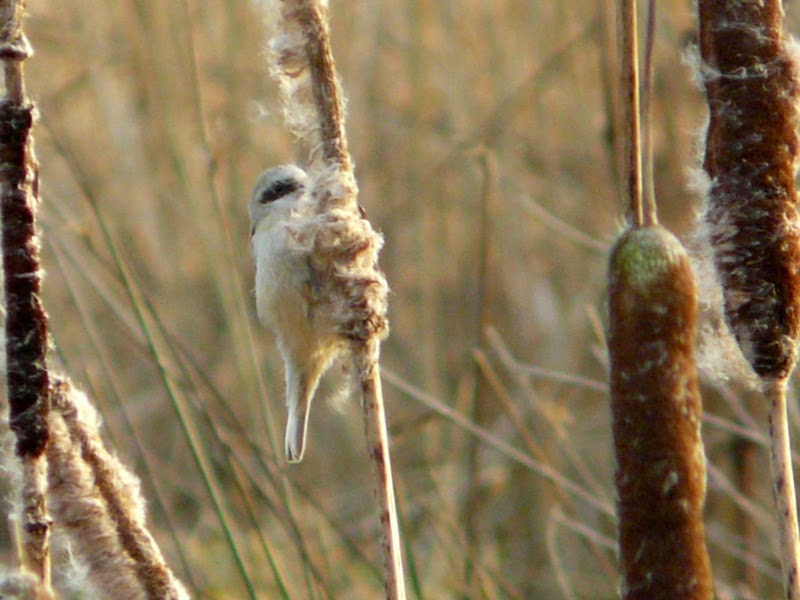 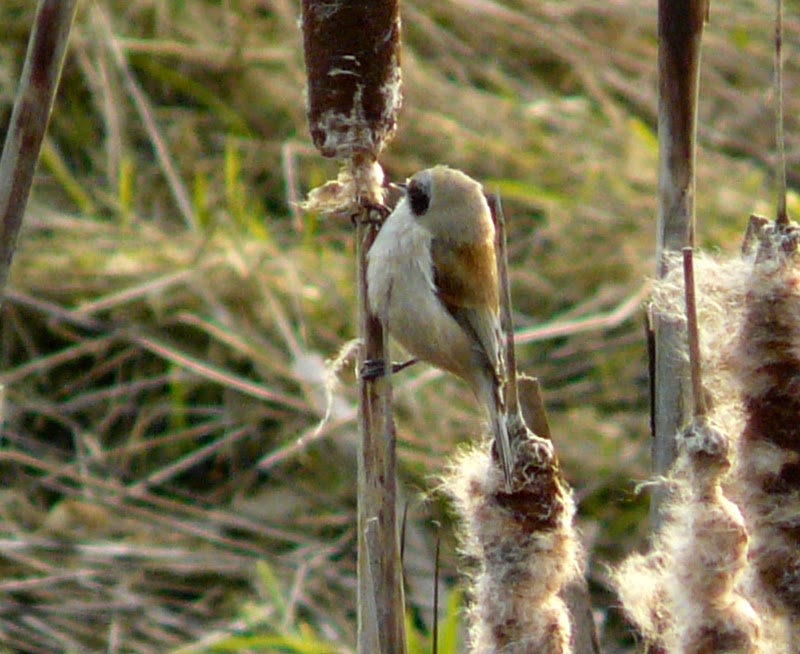 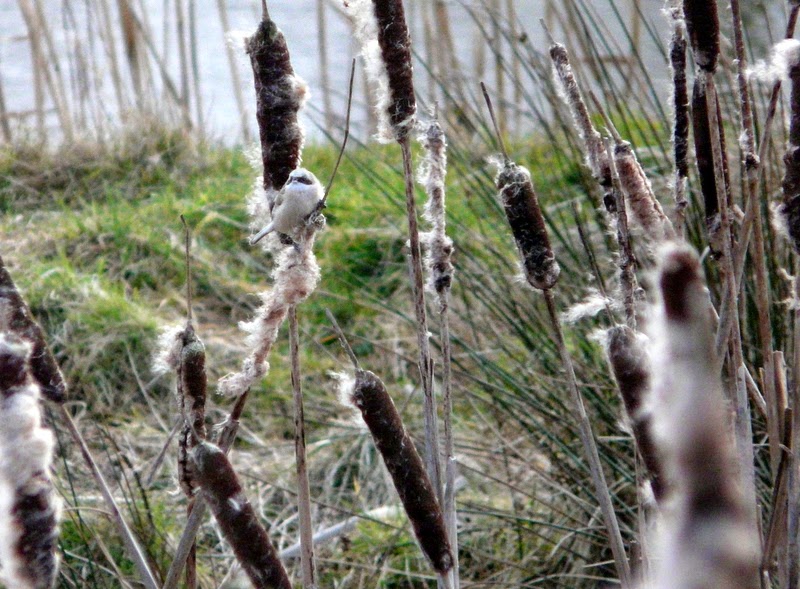 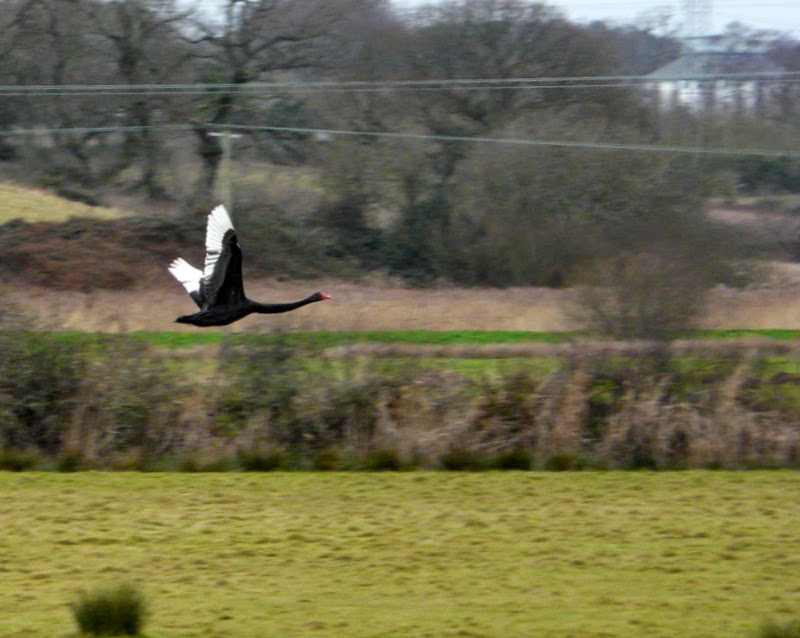 On one of my failed attempts to see the penduline tits, this black swan flew past. 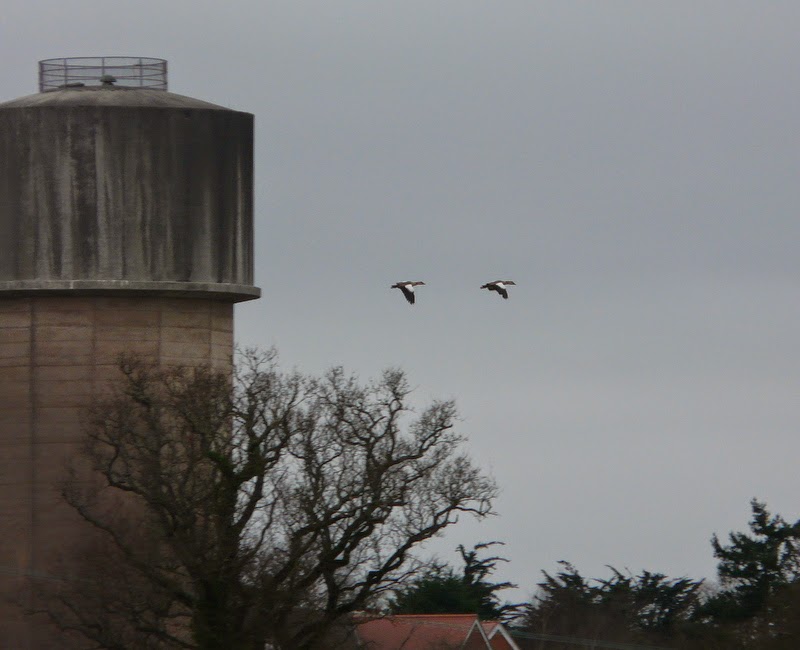 The two egyptian geese that are knocking around the Dart's Farm area.
Posted by matt knott at 10:12