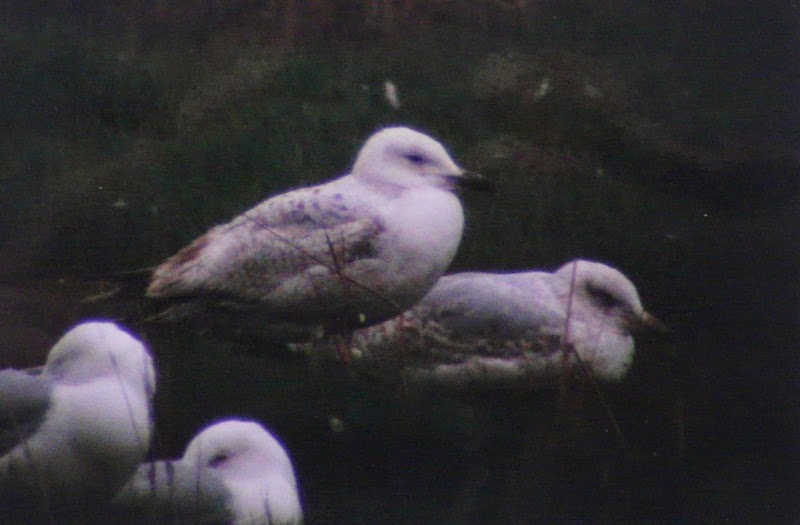 This gull was photographed on the river Otter back in June 2006. I personally think that it has the look and feel of a first-summer caspian gull but with 'all wrong' wing coverts that could perhaps be explained by extreme wear and abrasion, but it's hard to be sure from this single image. The photograph is taken from my original glossy print, and is obviously poor quality, but you can see the following:
Now to the real problem feature - the wing coverts. These look all wrong for caspian gull and all right for herring gull, but they are extremely worn, faded and abraded, with just the shafts of most of the greater coverts and inner median coverts remaining. The outer greater coverts are partially obscured by the overlying flank feathers. These wing covert feathers will be almost a year old and were the reason the identification was dismissed back in 2006, and why it should probably be dismissed now. Of course, as with any bird you ideally need to see all the features well, so without underwing detail and tail detail the identification wouldn't be concrete anyway.
As always, thoughts appreciated.
Posted by matt knott at 23:38