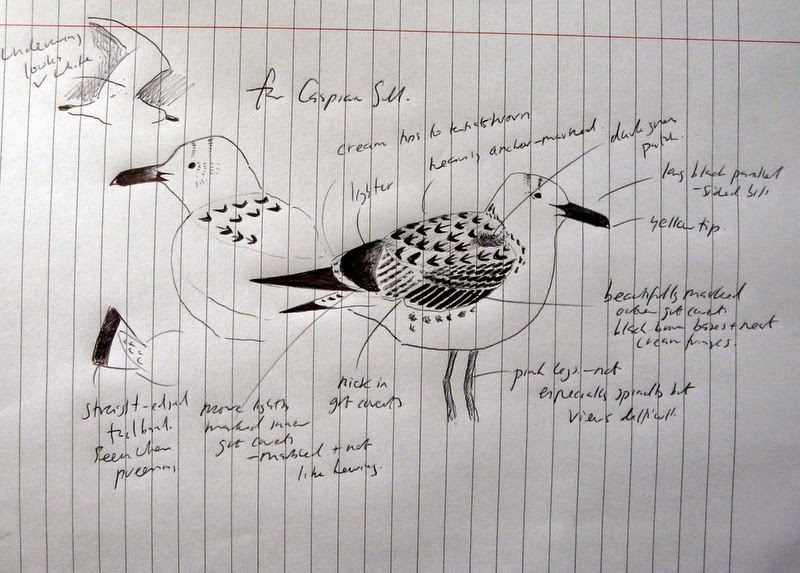 I had a strong urge to look at some gulls this afternoon, after a morning of football and a busy week at work. I haven't done the Otter in ages so, with some cloud cover encouraging me more, I headed over early afternoon. There was a reasonable gathering of gulls but the sun kept peeking out making life difficult. I've seen very few mediterranean gulls this winter, so an adult approaching summer plumage was a nice surprise. Apart from that, there wasn't much gull traffic, so I was considering heading home when I picked up a first winter caspian gull that had dropped in without me noticing. I rattled off a typically disastrous series of photos before it took off. It had no features at odds with caspian gull, and looked a lot better through the scope than the camera,  but it wasn't the prettiest specimen and was fairly small and grotty as caspian gulls go, presumably a female. In flight it looked even less inspiring but none the less, exhibited very white-looking underwings. Other birds present included six little grebes and a pair of gadwall. 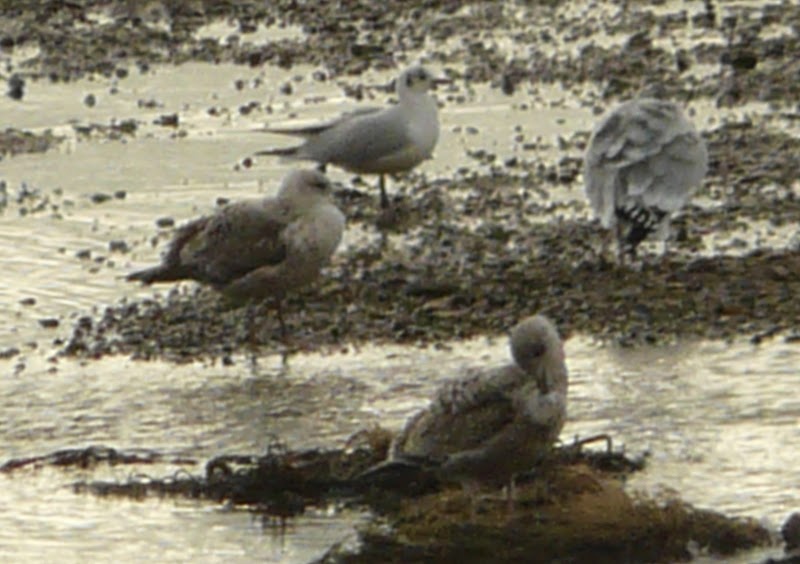 This bird was a little darker grey in the mantle than adjacent herrings and had spot-on looking wing coverts, totally wrong for herring gull. It had the small head, small eye and long parallel-sided bill but I didn't get the chance to fully assess its structure, which bugs me a bit. I would have preferred a gleaming white head and underwing as well as a blacker set of tertials. Note the belly is in shadow. The flanks were marked - see sketch above. 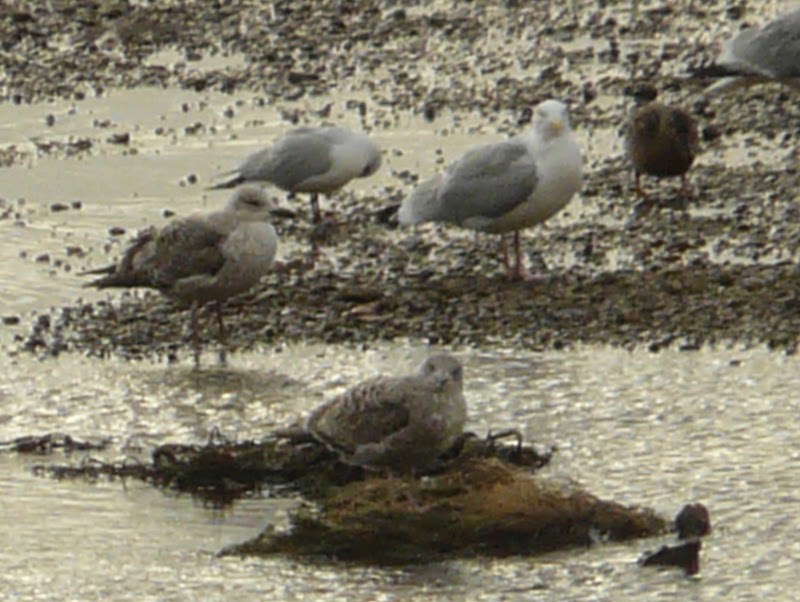 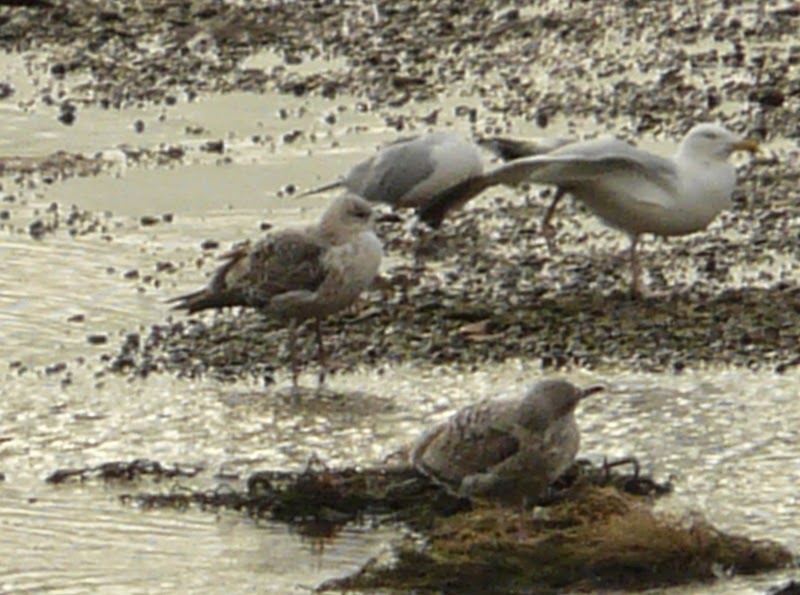 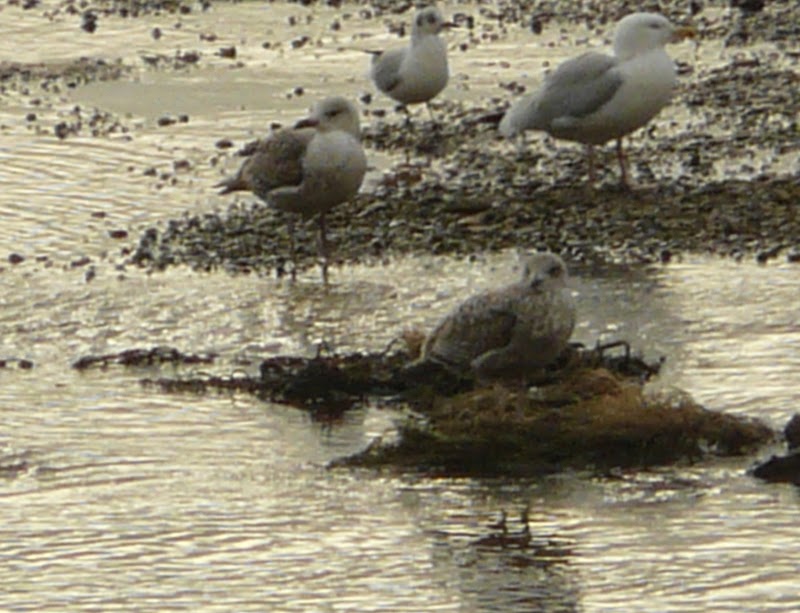 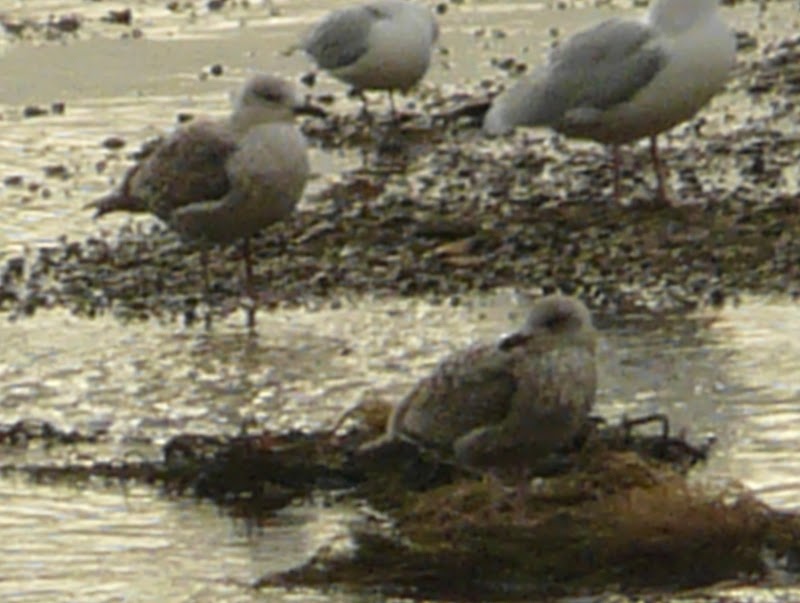 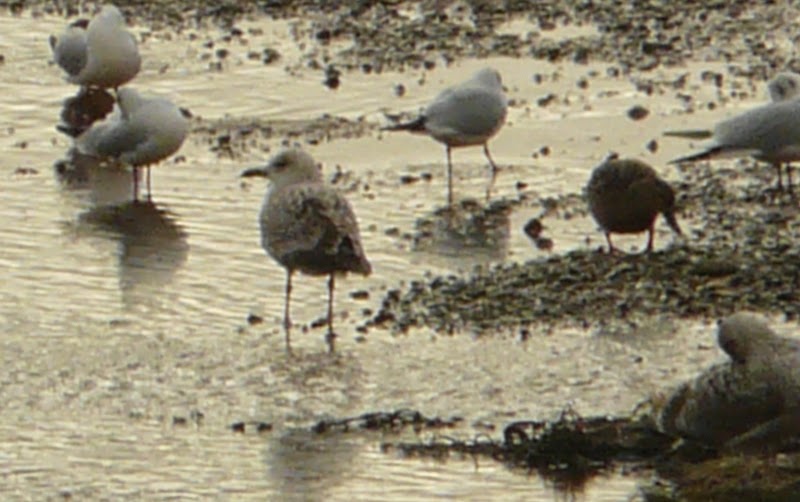 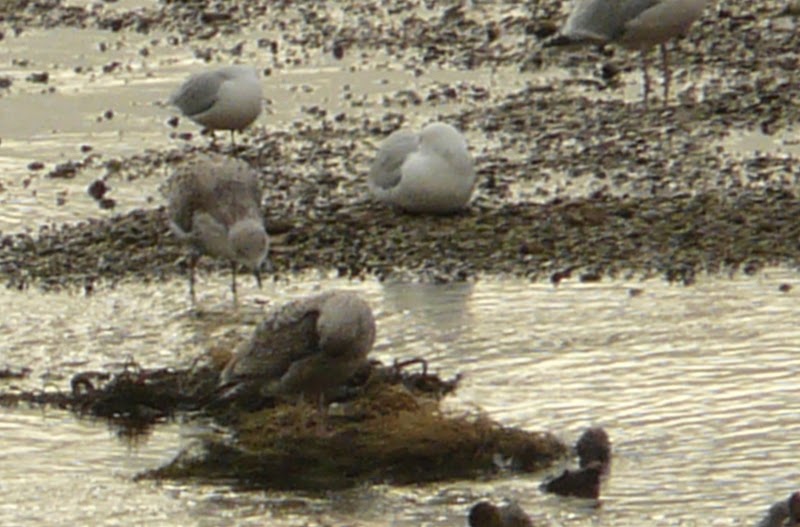 Note the shawl in this crap shot. 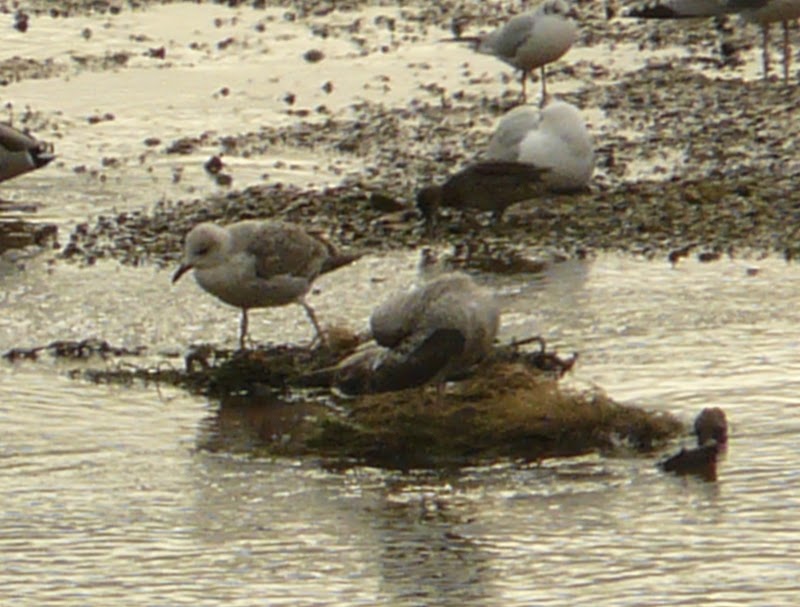 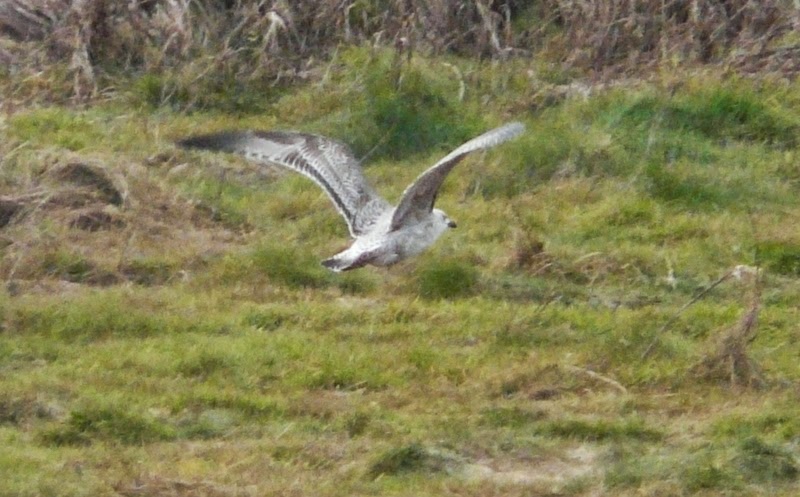 This is the only shot I got of the bird in flight. It doesn't look great, with a whacking herring-like pale primary 'window', but the whole wing tip area is blurred. Note the white rear end and neat black tail band as well as the whitish underwing. I have to admit, this shot worries me a little overall and I suppose you can never fully discount some herring gull gene influence. The dark bases and pale tips to the greater coverts look ok though, as do the pale-tipped median coverts. I would really welcome any comments. 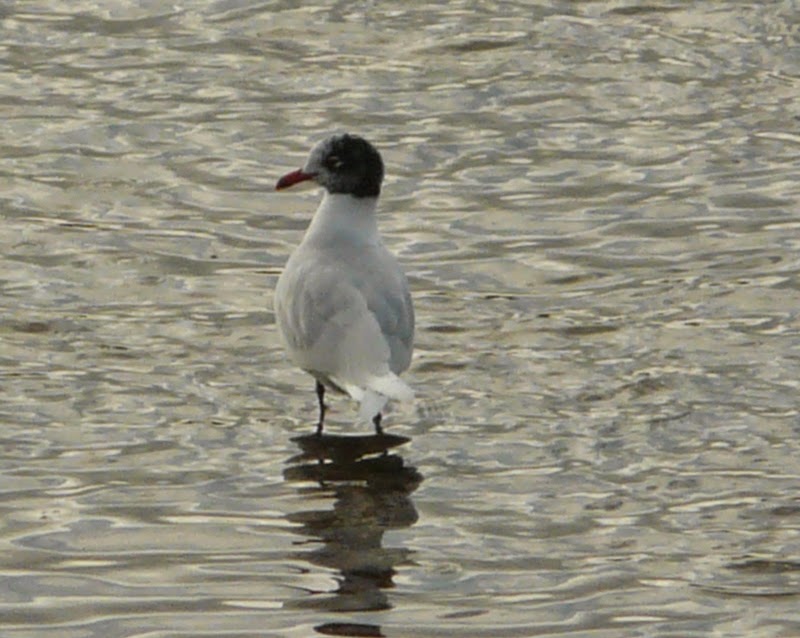 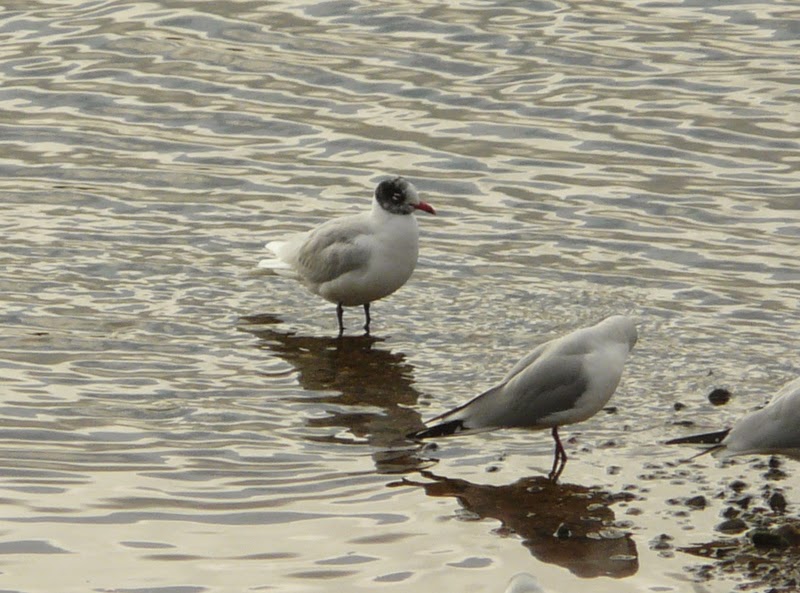 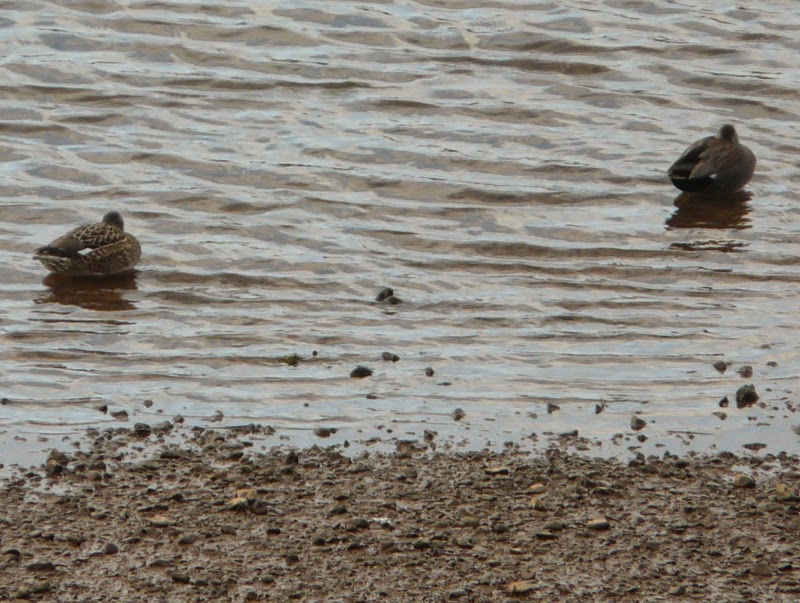 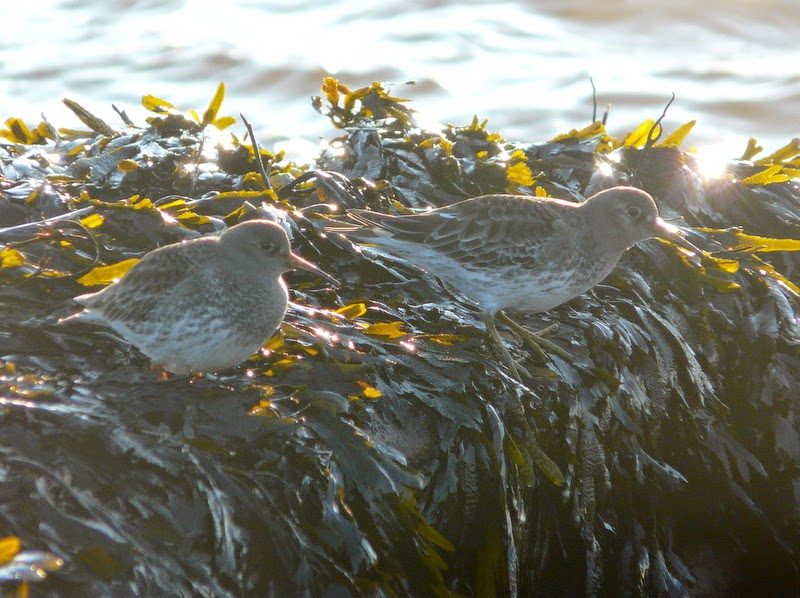 There were 10 Purple Sandpipers on Maer Rocks yesterday evening - the highest count this winter. 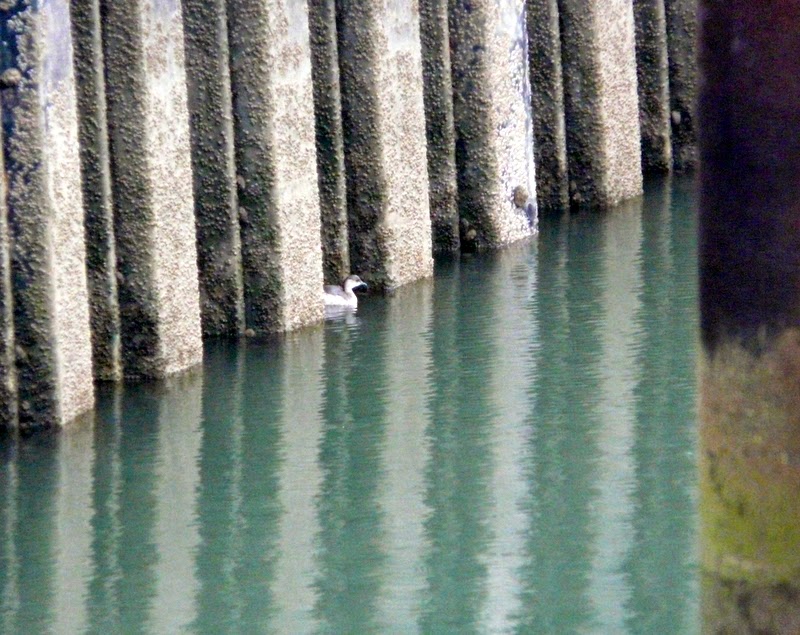