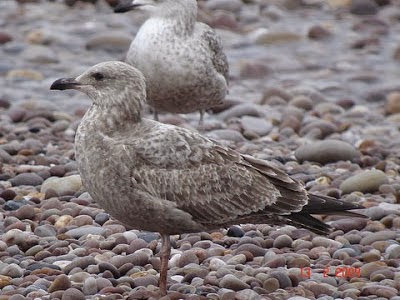 Exactly six years ago today I clapped eyes on this bird, on a cold and dreary afternoon on the river Otter. I'd been searching for this species for well over a decade, so to say I was chuffed to find it is an understatement. You've really got to be in to your gulls to appreciate this bird. To many it's dull, uninteresting and not worth the effort, but to me, and many others, it's a real beauty. It was seen on and off for over a month, but it was unpredictable and difficult to catch up with. I've included some photos that were unpublished at the time, with the kind permission of Brian Heasman. I've also included some shots taken by Perry Smale. I hope he doesn't mind me using them. Perry took his photos on the 16th March - the last day that the bird was seen. Brian's were taken on February 13th, the first day that it was seen. It was, and still remains, only the second record for Devon but the first was seen by just one observer, on the River Plym back in 1998. 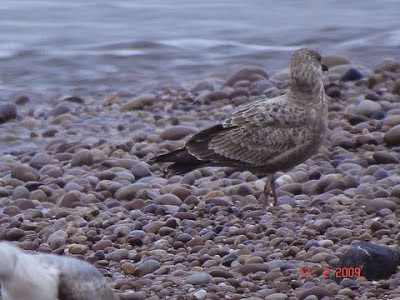 An important feature to look for when faced with a potential American Herring Gull, is the mixture of old and new feathers in the mantle/scapular area. This individual has old juvenile, wholly brown rear scapulars, and new greyish first-winter mantle and remaining scapular feathers. The pattern of those newer feathers on this bird is interesting - they have large brown centres with broad greyish fringes which creates a spotted appearance, as opposed the more barred pattern on a typical European bird. Note however that American Herring Gull can sport a barred, more European pattern too. As with all large gull species they're tremendously variable. 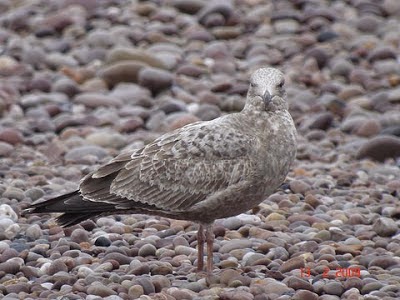 Brian did a tremendous job obtaining these images. They were essential to getting this record accepted. The light levels were awful and it was late in the day. I'm still not quite sure how he managed it! Note in this shot how the smooth brown of the underparts continues around the neck sides and on to the nape. The tertials are almost entirely dark brown with narrow cream tips, lacking the patterning so typical of its European counterpart. 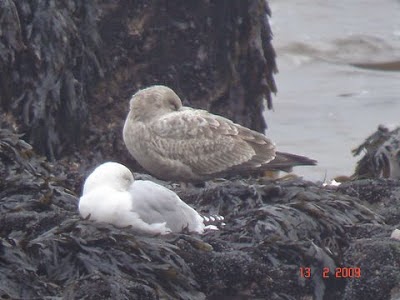 Brian and I relocated the bird on the rocks off the mouth of the Otter, after it had flushed off the river. We were now much closer to it and I was thrilled to take in the subtleties of its plumage, which possessed a smoothness and uniformity that you never see in European Herring Gulls. Note the smooth velvety-textured underparts and uniformly dark greater coverts. After a while it left the rocks and flew along the shore to the fishing boats on Budleigh Beach. It was here that a few more birders caught up with it, and where Brian got his best photos. 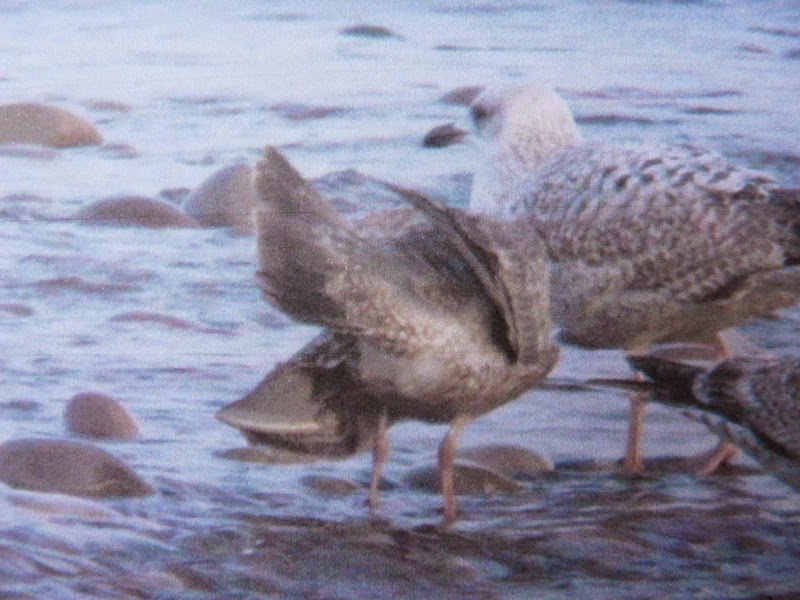 I used this shot in my BBRC submission - it was taken by Perry Smale, and shows the all-important all dark tail and heavily patterned uppertail covert/rump area, with brown predominating as opposed to white in herring gulls. In flight this area appeared all brown and was most distinctive. 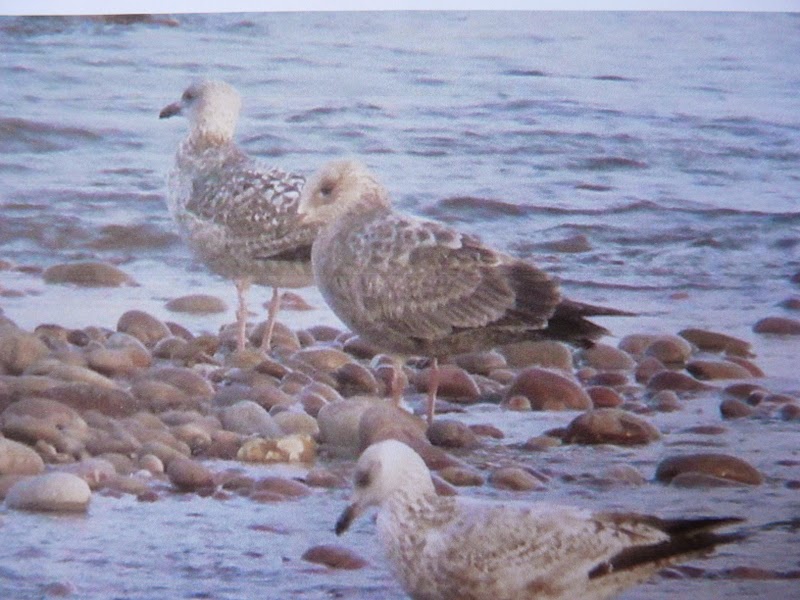 By March 16th the bird had acquired a whiter looking head contrasting with the dark nape and underparts, giving it a more classic look. Note how dark the undertail/ventral area looks. The bird was big and robust - note the bulk compared to the European herring gulls either side of it. 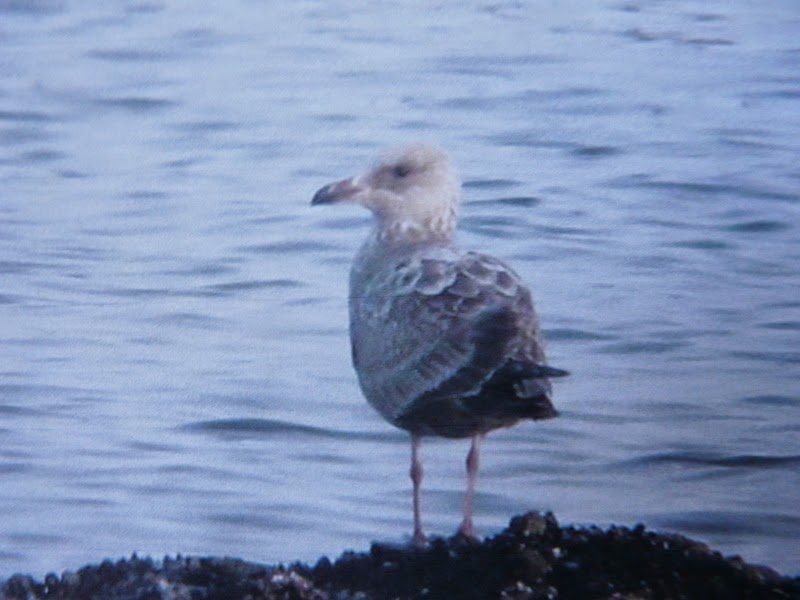 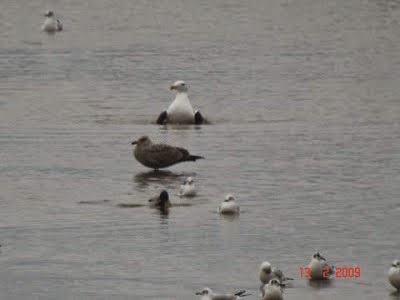 Brian took this shot soon after he'd arrived. It was stood downriver from us in the same position as where I'd originally picked it up. At this point the bird hadn't been conclusively identified because we hadn't seen it in flight. All the visible features pointed to it being 'smithsonianus' but it wasn't quite clinched. I stared at it through the scope, whilst it stood in the river, for about an hour, desperate to see it in flight, but of course It flew when I'd taken my eye off it. Happily it was easy to pick up in the air as its rump, uppertail coverts and tail appeared all dark.
The following photos are photos of prints I took of Brian's shots, hence the reduced quality. 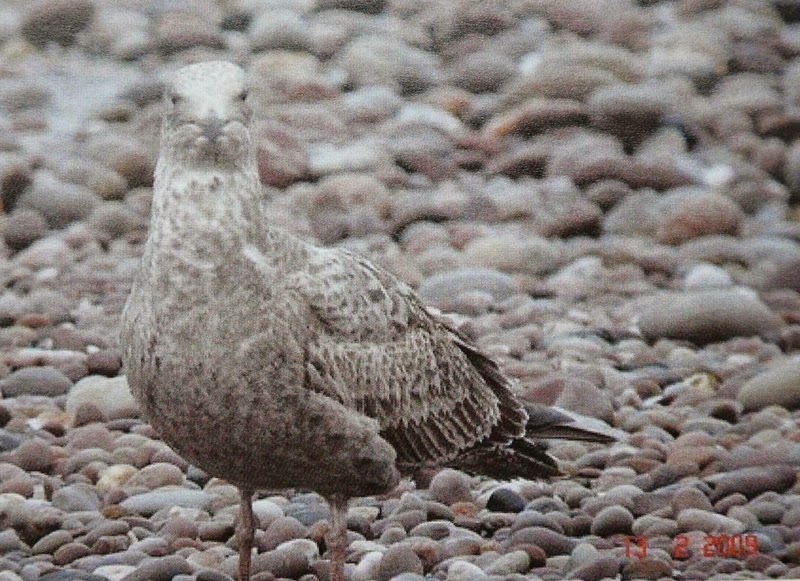 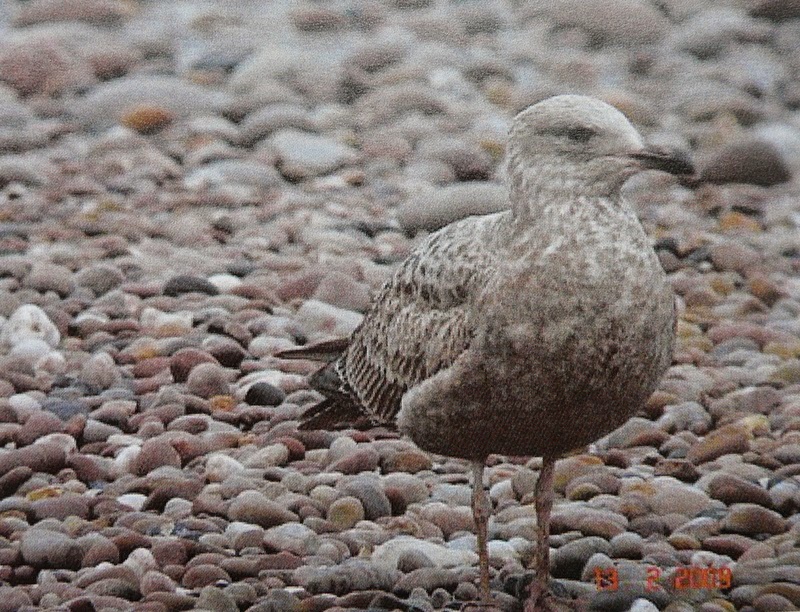 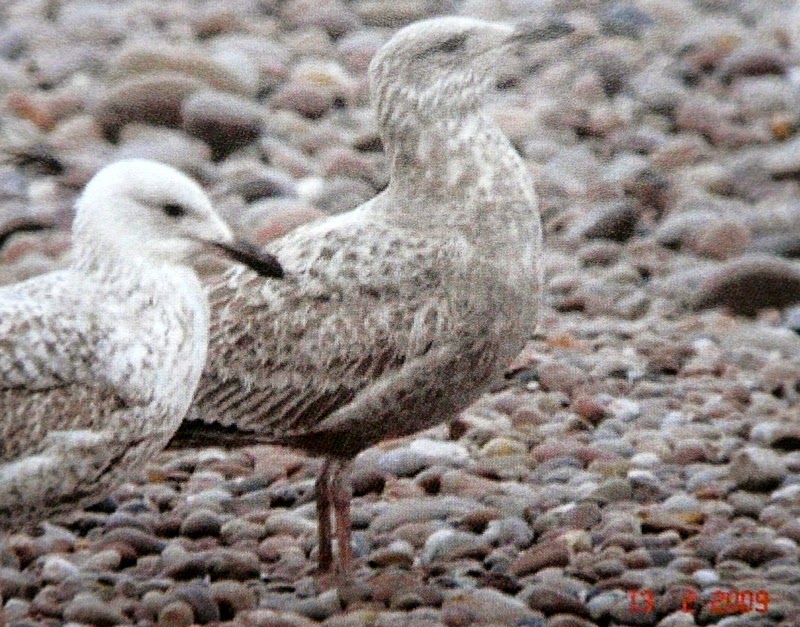 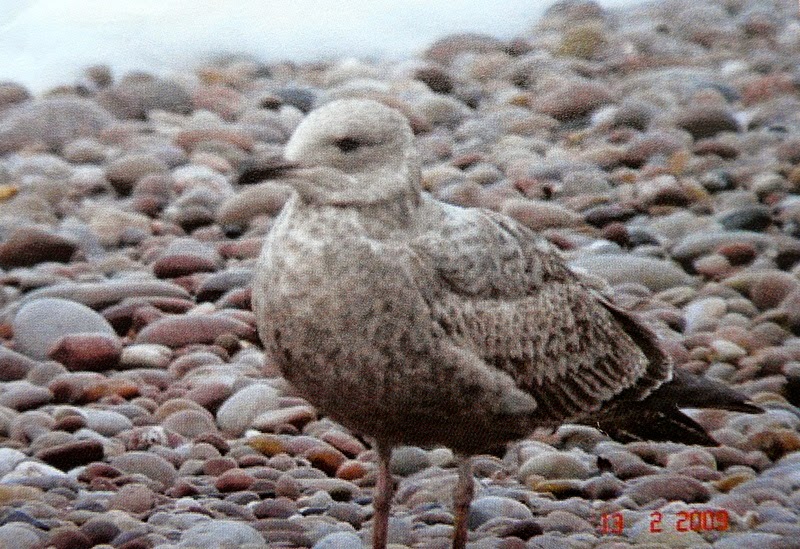 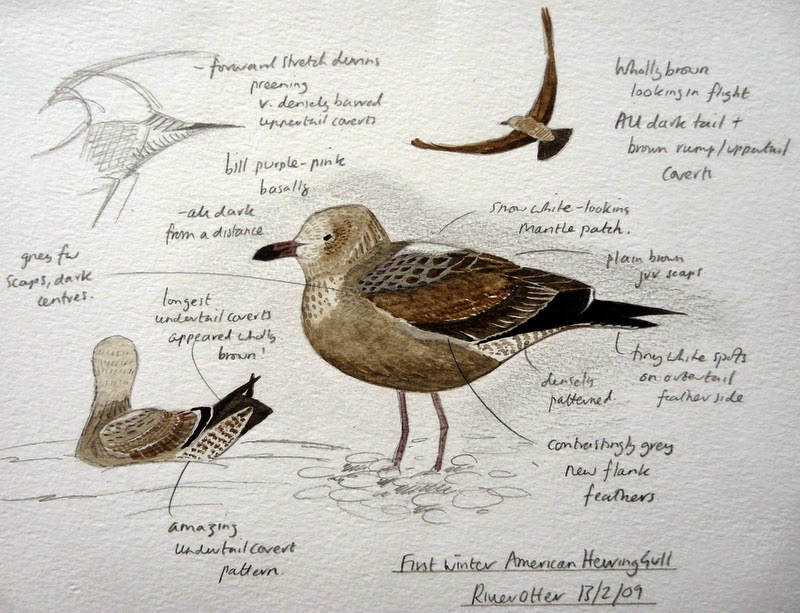 Neat copy of field notes.
Posted by matt knott at 05:41