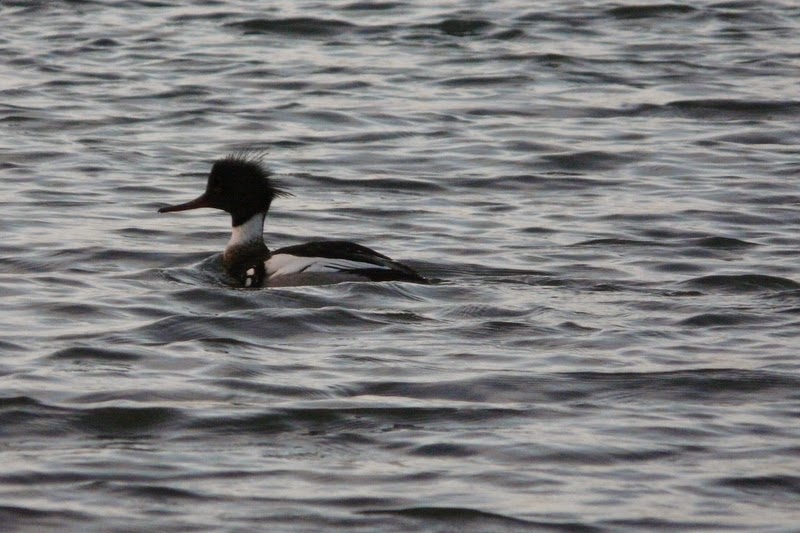 A look off Maer Rocks with Nick at dawn produced the 2 long-tailed duck, 6 common scoter, 3 red-throated diver and 2 great crested grebe.
We then had a look off the seafront from the Grove Pub. There was a noticeable increase in red-breasted mergansers with 54 in the estuary, and there were good numbers of waders on Warren Point, displaced by the higher than usual tide. The flocks included 25+ bar-tailed godwit, 20+ sanderling, 40+ grey plover and good numbers of dunlin. There were at least 4 great crested grebes offshore.
Finally, a look off the Imperial produced 9 goldeneye, 100+ common gull, 14+ great crested grebes (all notable increases) and a greenshank among the usual stuff.
Note - several more photos added to the gallery page today, mostly old stuff.
Posted by matt knott at 11:27