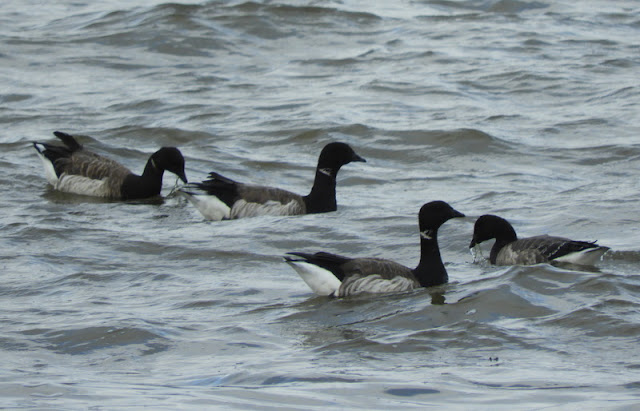 Pale-bellied Brent Geese - Mudbank - still at the very least thirty amongst 205 Brents.
A good sea-watch by Exmouth standards. I scanned from the raised beach huts from 0700 - 0900 and recorded 10 Arctic Skua, 6 Great Skua, 4 skua sp, 2 Mediterranean Gull, 12 Common Scoter, 4 Lesser Black-backed Gull, 29 Sandwich Tern, 2 Balearic Shearwater, 9 Swallow and a number of small passerines that were presumably Meadow Pipits. A constant stream of Gannets was passing along with smaller numbers of Kittiwake. At 0824 a probable Long-tailed Skua went west but it was just too far out for me to be 100% happy with it - grey above, pale rump, white belly, pale head and noticeably less hurried flight than all the Arctics, with more shearing and even a 'tower' into the air before briefly alighting on the water and continuing.
Off Mudbank - 77 Mute Swan (4 juvs), a 'sinensis' Cormorant, 1 Greenshank and 205 Brent Geese along with the usual assortment of (uncounted) wildfowl. On a windy Orcombe Point - small numbers of Meadow Pipit, a first-winter Mediterranean Gull and a first-winter Yellow-legged Gull. 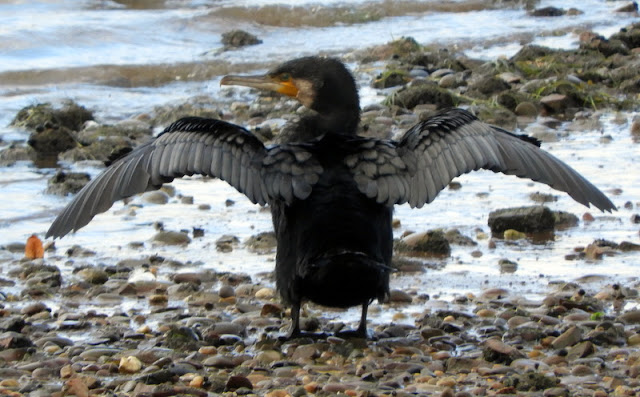 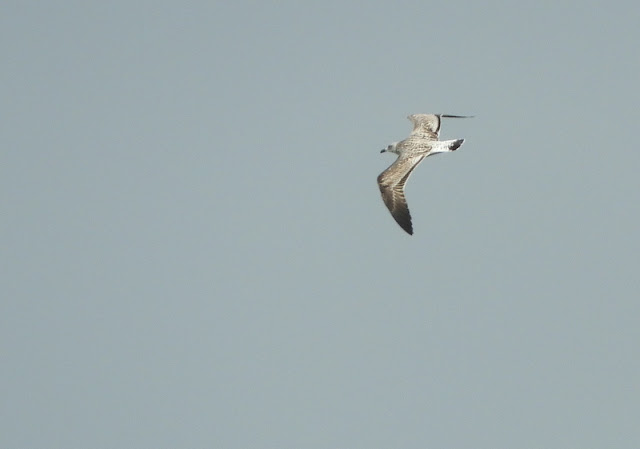