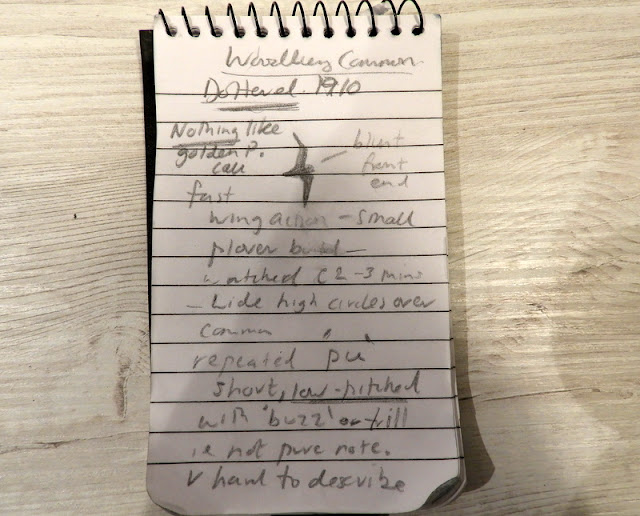 I found it so hard to describe the short rippled piping call of this evening's Dotterel but I've always been an advocate of immediate note-taking, no matter how poor it is. I was praying for the bird to land, but instead, after doing a couple high altitude laps of Woodbury Common, it headed west, gaining height all the time until it was a tiny speck in the sky. They're nocturnal migrants so I guess it was off!
I spent the last hour or so of daylight walking the dog across Woodbury, on to Colaton Raleigh Common. A beautiful clear evening with hirundines moving through and plenty of Meadow Pipits calling. As I walked along the ridge, parallel to the Grenade range, I picked up a fairly low key but distinctive wader call overhead, and fairly quickly got on to it as it headed towards the fort - a small plover with quick wing action, calling an oddly trilling or rippling 'pu', quite unlike any other wader call and spot on for Dotterel, although I have to admit I'm only familiar with it having listened to it numerous times on xeno-canto. I suspect it has been on the heathland all day somewhere and has now resumed its night-time migration. Although I'm chuffed to have seen it, it's very frustrating not to be able to enjoy good views of it up close, and get photographs. I'm forever hopeful of getting one on the deck on Orcombe. 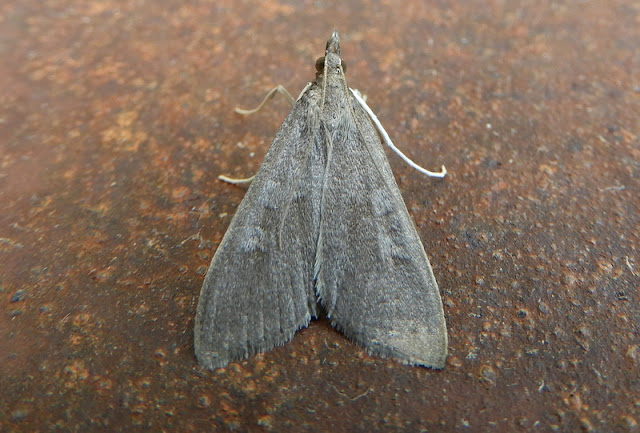 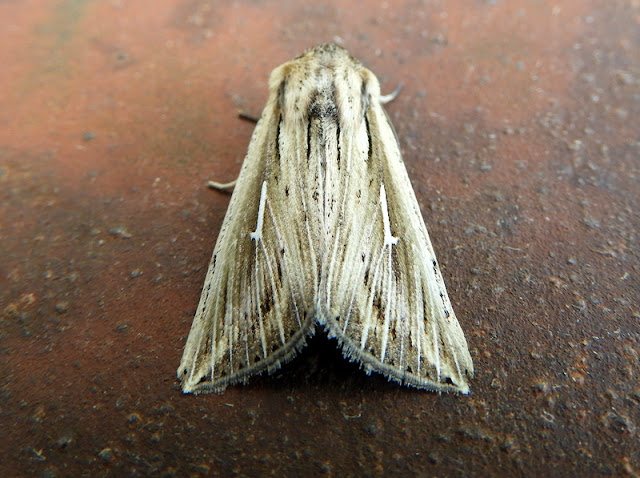