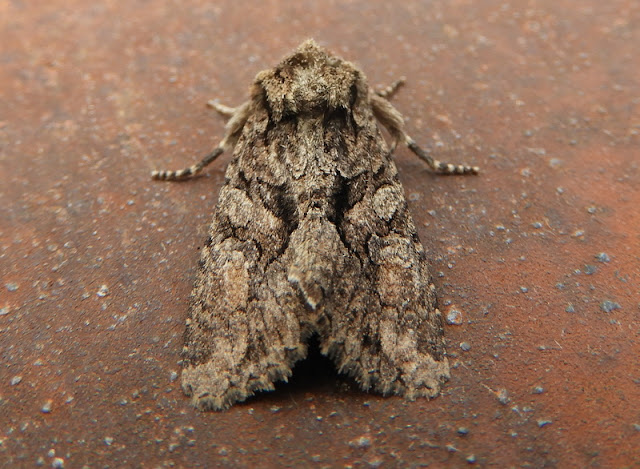 A surprise discovery in the moth trap this morning was my first Sombre Brocade. I hadn't realised they'd reached Devon yet but according to Barry Henwood there are colonies in Teignmouth and Strete Gate. It's a very subtle moth but lovely all the same, and pretty similar to Brindled Green - a species I haven't trapped for a long time. This is a Mediterranean Species that, according to UK moths, was first recorded on Guernsey in 2006 and has since been recorded in Dorset.
It's clearly spreading as our climate heats up.
All about the moths today - the only birds of note - single Wheatear late afternoon on Orcombe Point and 52 Pale-belied Brent Geese distantly off Mudbank. I suspect they're new birds moving through because a high proportion appeared to be adult birds. 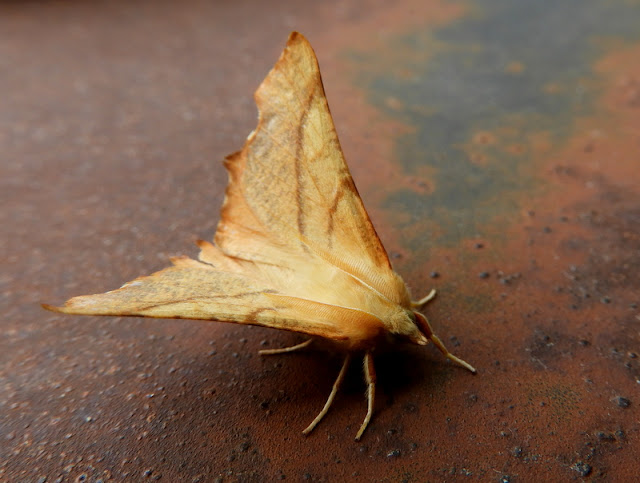 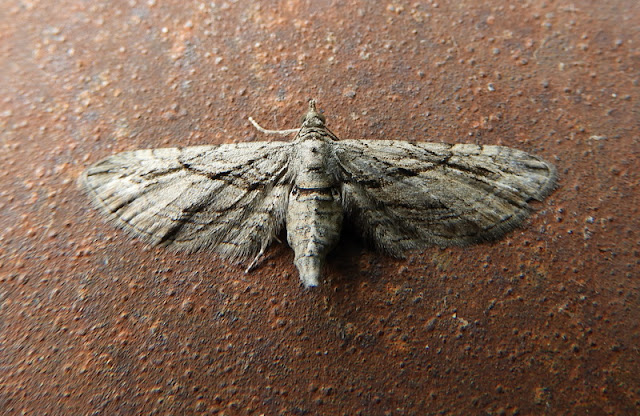 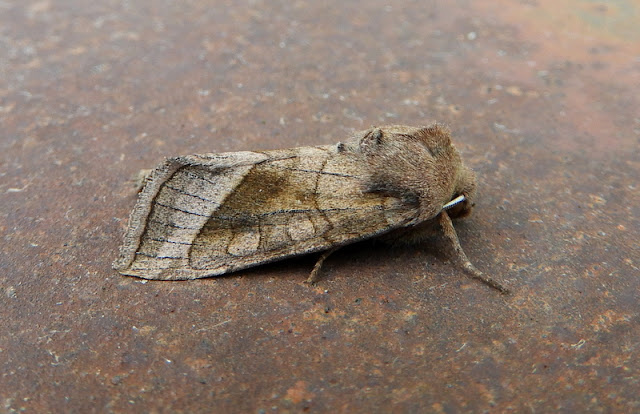 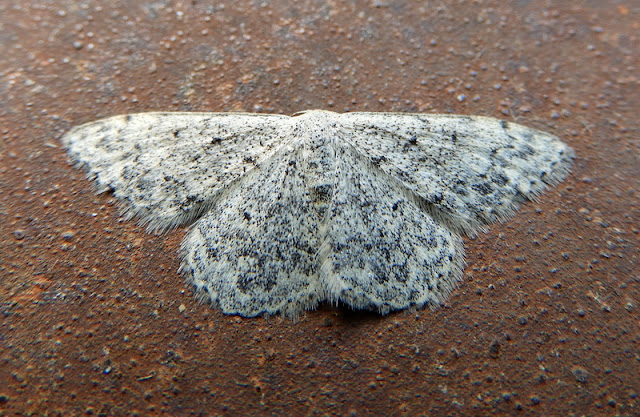 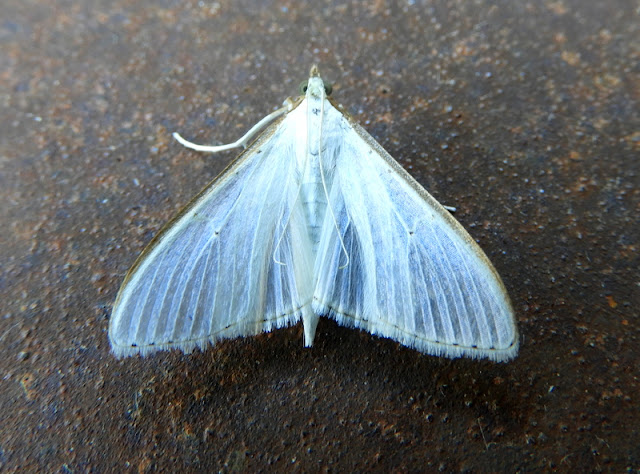 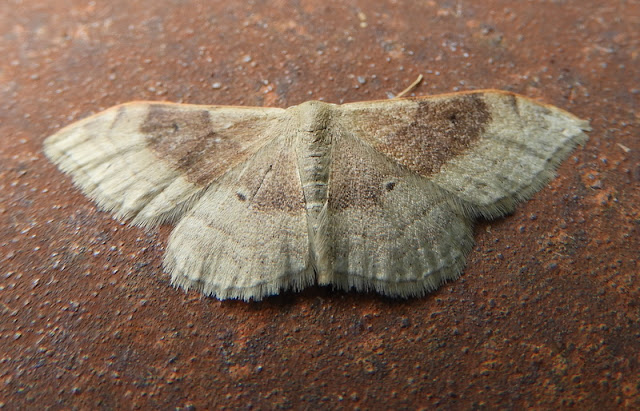