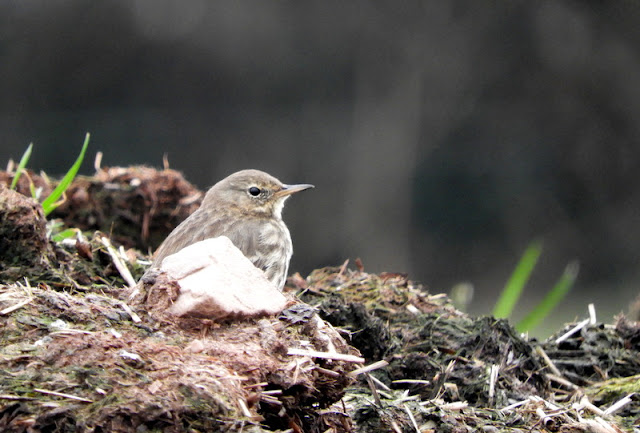 Rock Pipit - dung heap.
I got more than I bargained for on Orcombe this morning. West-bound flyover flocks of 8 Golden Plover and 5 Crossbill were totally unexpected, as was the appearance of a single Cirl Bunting. It's been over a month since I last saw the trio that were apparently wintering in the hedge along Gore Lane, but the bird photographed below is presumably one of them. Also on Orcombe - singles of Peregrine, Kestrel and Sparrowhawk, plus c200+ Linnet.
Off Mudbank were 85+ Common Gull, 1 Greenshank, 20 Great Crested Grebe, 2 Goldeneye, 1 Eider, 4 Shoveler, 5 Lesser Black-backed Gull and a second-winter Mediterranean Gull.
A quick check of the Shelly Beach area produced 1 Slavonian Grebe, 4 Lesser Black-backed Gull, 7 Teal, 2 Eider and the male Black Redstart.
Lastly - c15+ Great Crested Grebe and a Great Northern Diver off the seafront. 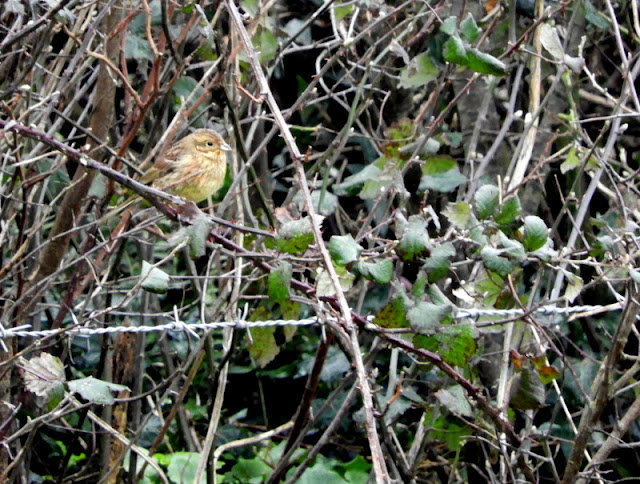 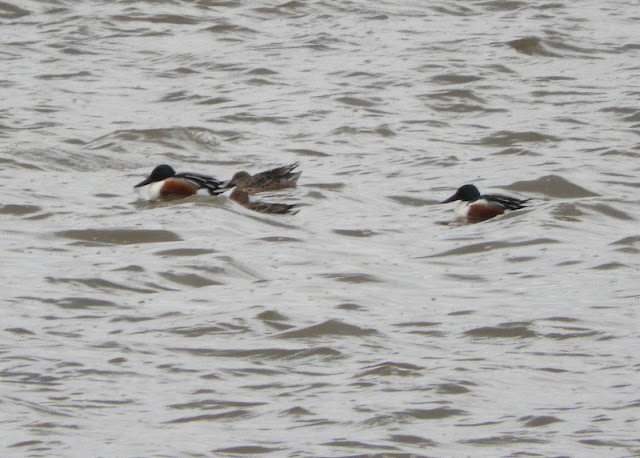 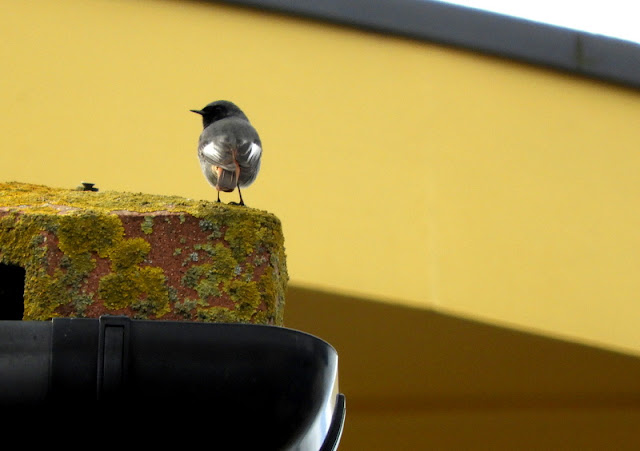