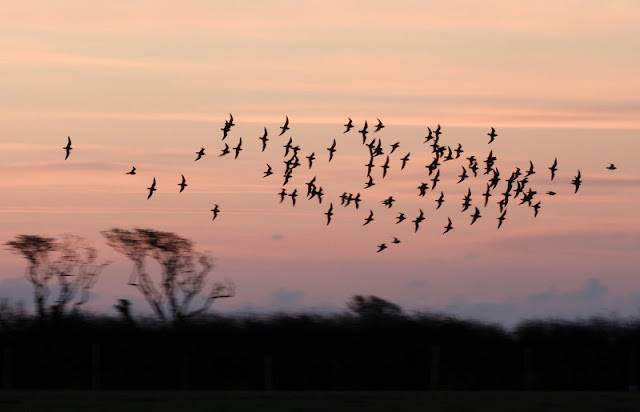 Golden Plovers - Orcombe Point
I didn't make it out until late afternoon after work yesterday, but the fields at the top of Gore Lane were jam-packed with birds escaping from the snow-covered hills - chiefly hundreds of Redwings and Fieldfares, but also 8+ Golden Plover and c200+ Lapwing alongside the 300+ Linnet flock and c100+ Skylark.
It was bitterly cold up there at dawn this morning but again alive with birds with several hundred Redwing, smaller numbers of Fieldfare, 125+ Golden Plover and c4/500+ Lapwing. On the dung heap were c5/10+ Meadow Pipit, 4 Rock Pipit and a Grey Wagtail. A Peregrine was causing havoc up there amongst everything and at least one Bullfinch was knocking around. On Maer Rocks - 5 Purple Sandpipers.
I had a bit of time out before and after work on Tuesday logging 4 Red-throated Diver, 51 Brent Goose, 4 Great Crested Grebe, c12+ Common Scoter, 3 Pintail, 1 Fulmar, 4 Purple Sandpiper and c150+ Gannet off Maer Rocks. 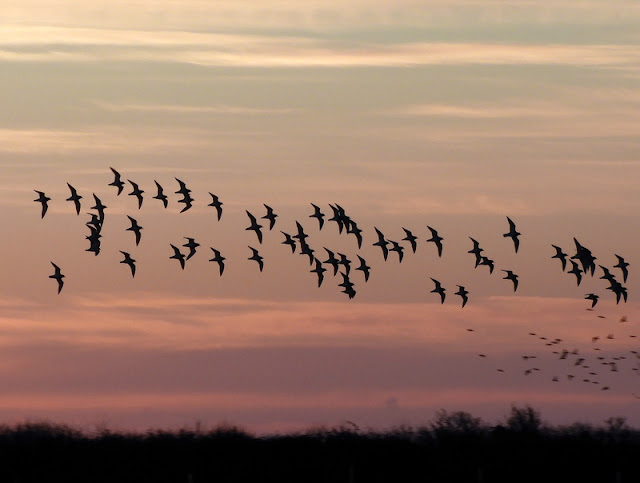 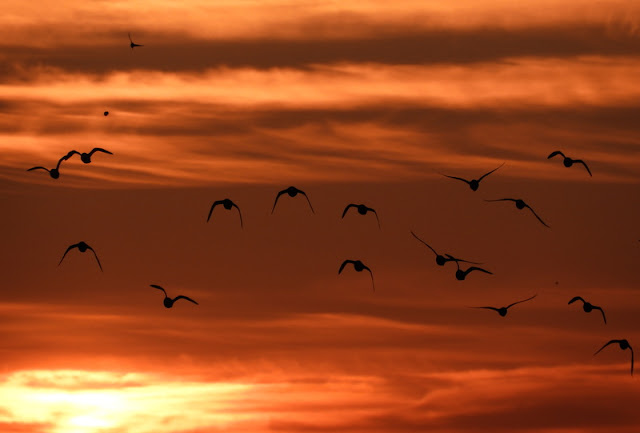 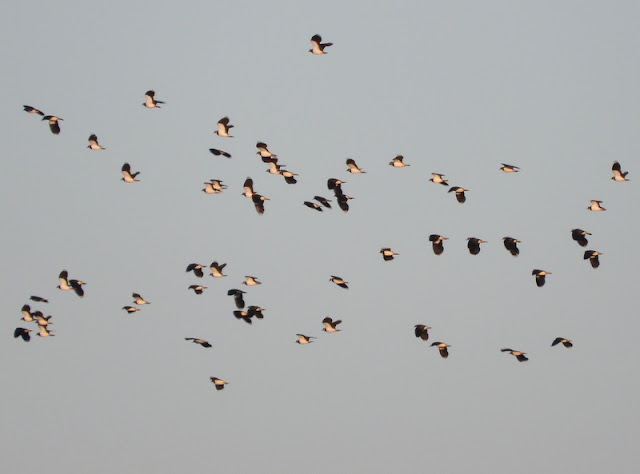 Lapwings - not sure about numbers on or over Orcombe this morning but estimated 4/500+ birds. Flocks were moving north by the time I'd popped down to Maer Rocks. 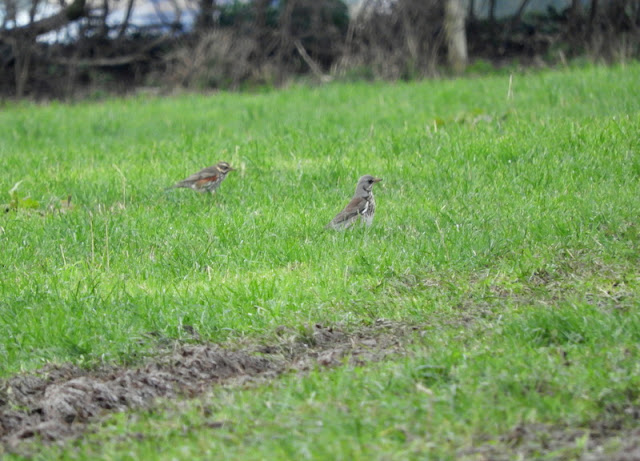 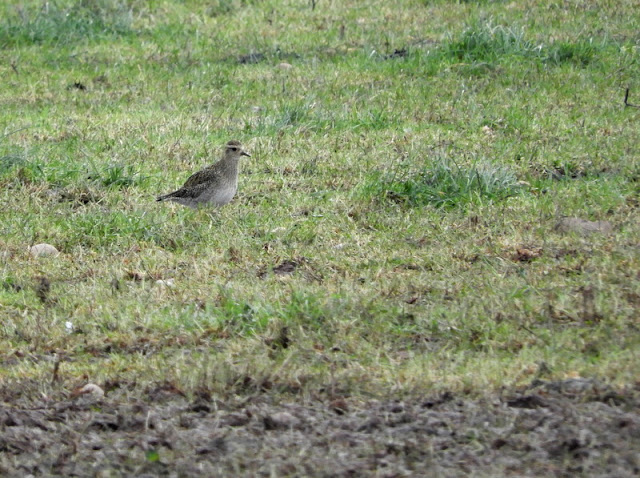 One of eight or nine Golden Plover in the top fields late yesterday afternoon. 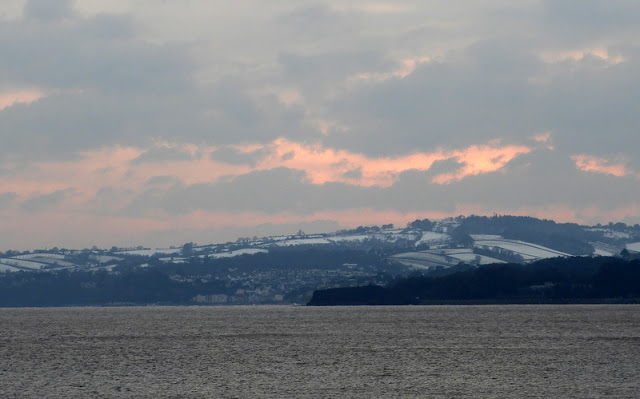