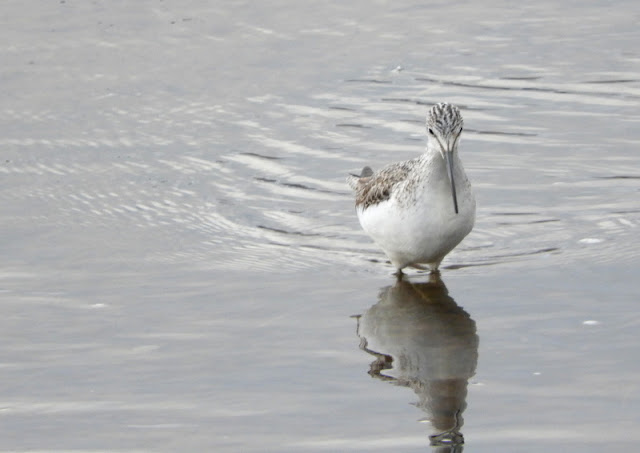 
A brief fly-by redhead Goosander was the highlight at Mudbank this morning. They're less than annual for me here in Exmouth. Also present today -  3 Goldeneye, 8 Pintail, c300+ Common Gull, 3 Red-breasted Merganser, 15+ Great Crested Grebe and the three Eider.
Earlier, off Maer Rocks (0745 - 0815) - 18 Red-throated Diver past and two Common Scoter.
Yesterday there were eight Goldeneye together (including the two displaying drakes) off Mudbank - my highest count this winter. Two of the three Eider and a Greenshank were also off there, and earlier I watched a single Cirl Bunting leave the comfort of its hedge along Gore Lane, before heading high north towards Exmouth town. I hasten to add that it wasn't flushed, nor did it appear to loop back. I'm still assuming it's one of the three birds present earlier in the winter. 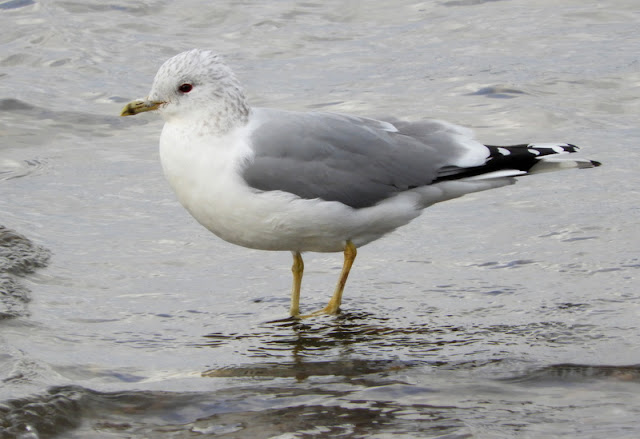 Common Gull - one of at least 300 off Mudbank this morning, the majority roosting on Cockle Sands as the tide dropped. Clearly a heavy passage of these at the moment. Only two Lesser Black-backed Gulls recorded though. 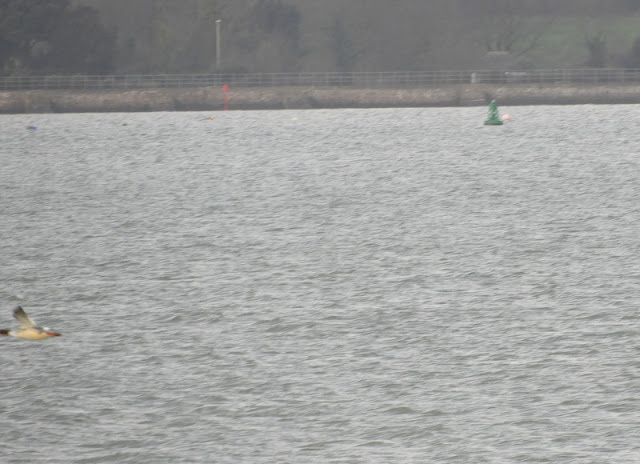 Here's my laughable attempt at photographing the Goosander. I noticed it a little bit late! 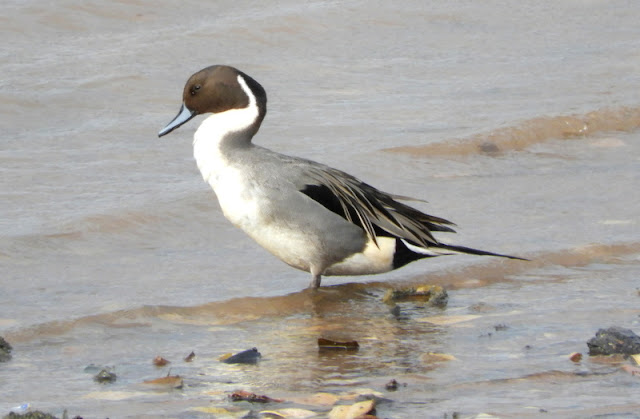 Pintail - eight birds off Mudbank this morning. The bulk of the Pintail flock is spending its time further upriver but a small group has remained faithful to Mudbank this winter, which isn't always the case. Beautiful birds!
Posted by matt knott at 08:37