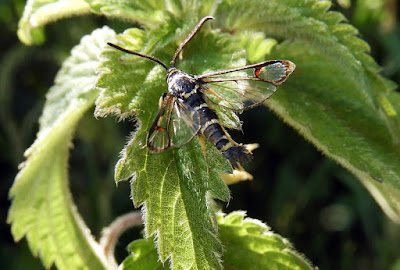 Male Yellow-legged Clearwing - the second one to arrive landed briefly on a nettle before disappearing. The first one was caught and is photographed below.
My first ever pheromone lure arrived in the post on Tuesday, so I've spent a bit of time after work trying to find them locally. Tonight, following a conversation with Martin, I tried a site in Topsham and within seconds my first ever Yellow-legged Clearwing was buzzing around excitedly beside the lure. I caught it easily with a butterfly net and photographed it in a specimen tube.
The species is scarce but probably under-recorded, as they don't come to light traps, and the chances of finding one by chance are miniscule. Experts are able to locate the larvae or pupae in oak stumps, but lures are the easiest way to see them. I purchased the lure from Anglian Lepidopterist Supplies for £9.50, including postage and packaging. It's just a small plastic vial that has been impregnated with artificial pheromone, 'cooked up' in a university laboratory. It certainly does the trick but is species-specific, although this particular one works on Orange-tailed Clearwing too... 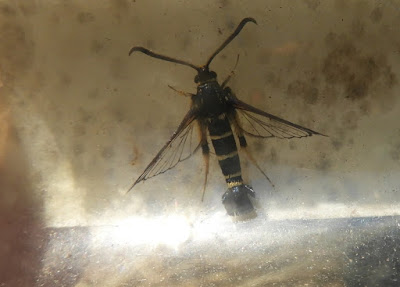 This Nationally Scarce B species is readily identifiable by its largely yellow legs - a stunning moth and only my second clearwing, following Tim's Currant Clearwing at the beginning of the month. 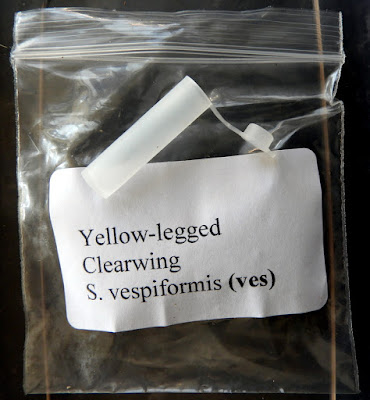 This is the small plastic vial that has been impregnated with artificial pheromone. 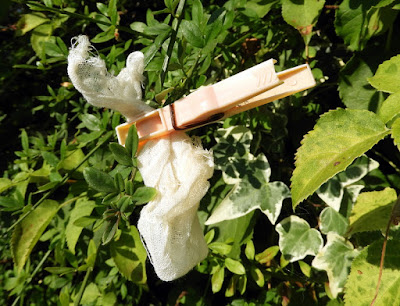 The vial is placed in a small wrap of muslin and pegged close to the foodplant.
It's a hit and miss business but unbelievably satisfying when it works! 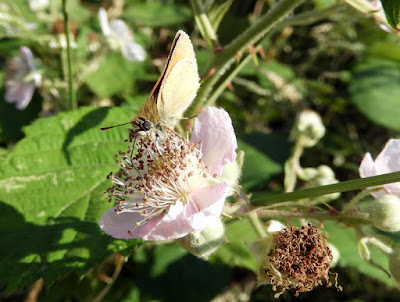 Two or three Small Skippers were nectaring on bramble nearby, along with a Large Skipper.
Posted by matt knott at 10:34