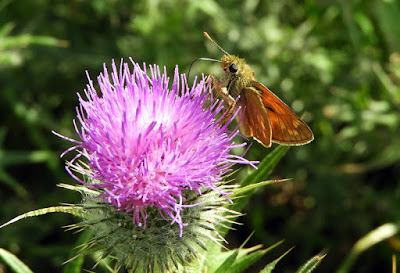 Large Skipper - I'm seeing really good numbers of these at the moment. There were several of these on a thistle patch at West Lodge this afternoon, and nearby my first Small Skipper of the year. 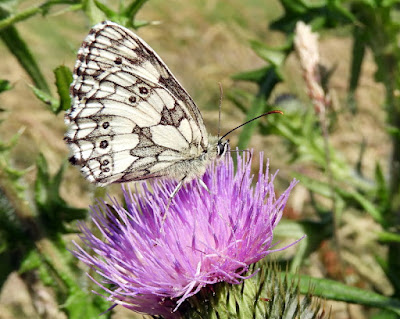 Marbled White - plentiful at West Lodge alongside the cycle track. 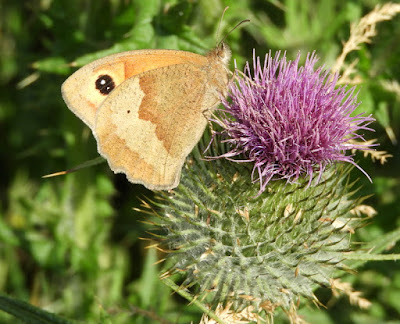 Good numbers of Meadow Brown too. 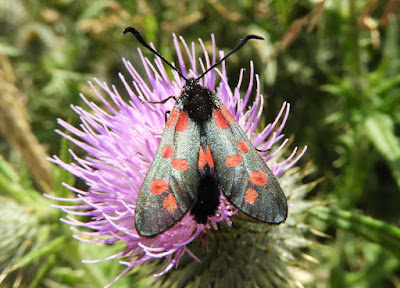 Six-spot Burnet - a Five-spot seen briefly this afternoon too. 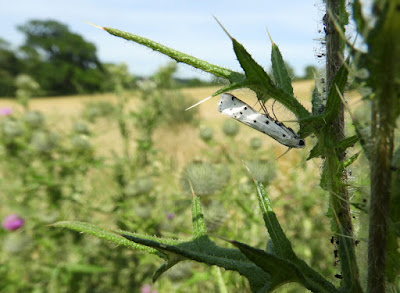 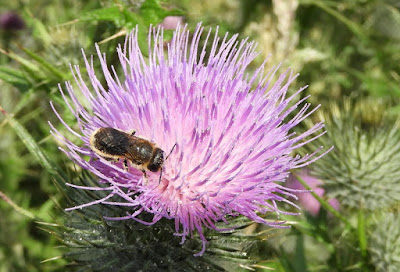 I'm gonna stick my neck out and suggest Coast Leafcutter Bee for this one. A distinctive whitish patch beneath the abdomen and a habit of holding its abdomen at almost 90 degrees to its thorax when feeding, which it did in a furious manner. 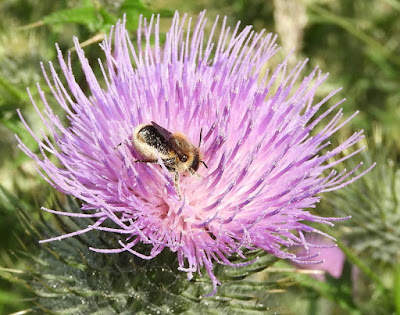 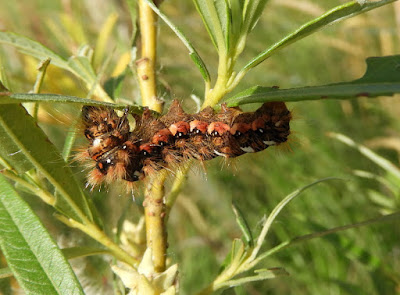 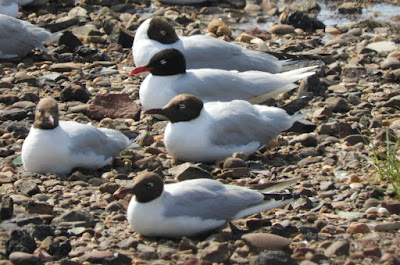 Adult Mediterranean Gull - Mudbank. This and a first-summer present this afternoon. 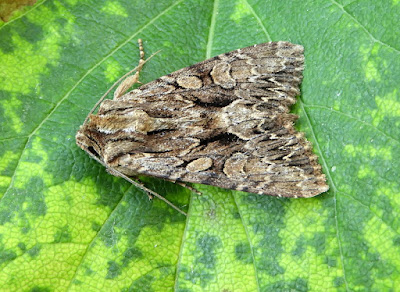 Dark Arches - such a common moth but beautifully and intricately marked when freshly emerged. 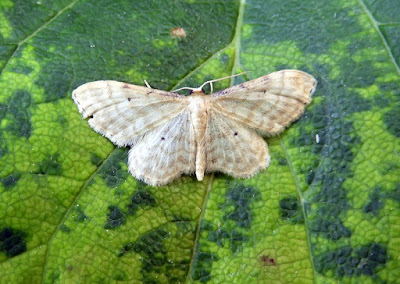 Dwarf Cream Wave - one of at least 3 in the trap last night, making their first appearance this year. 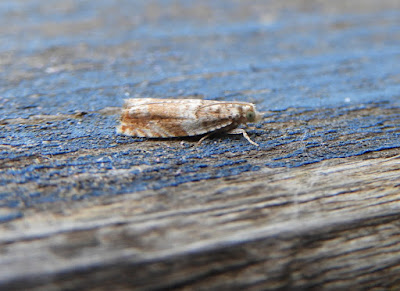 I think both the above and below moths are Brown Elm Bell - Epinotia abbreviana but not so sure about the lower one. 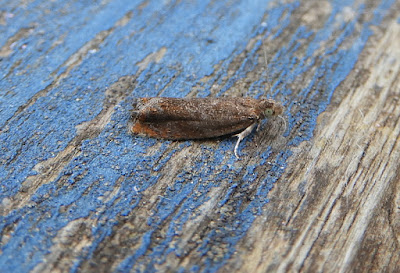 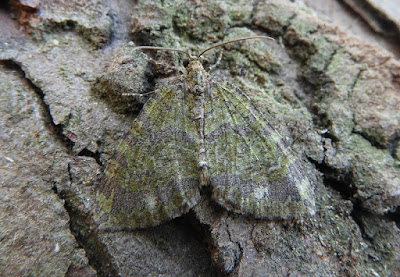 July Highflyer - another first for the year and master of camouflage. 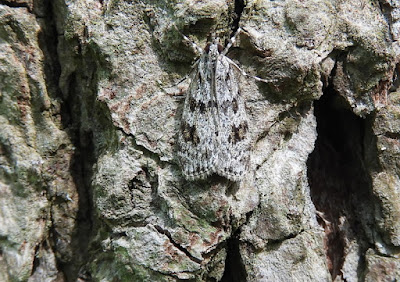 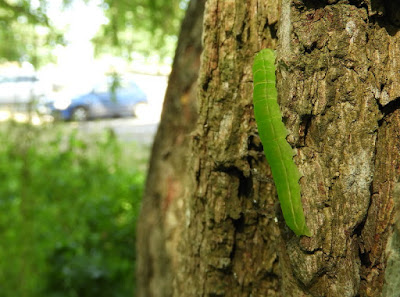 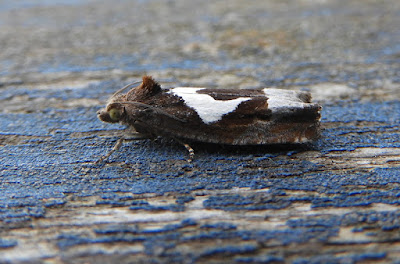 White-foot Bell - Epiblema foenella - a very distinctive 'micro' being both large and strikingly marked. I usually see one or two of these a year. The larvae feed on the roots and stems of Mugwort and Southernwood.
Posted by matt knott at 10:36