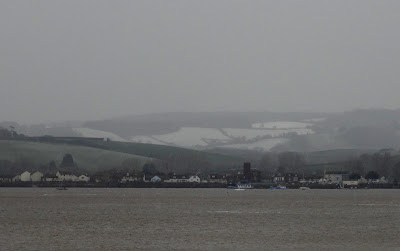 Starcross from Mudbank
A mini-influx of Chiffchaffs in the clifftop scrub on Orcombe first thing this morning. I counted at least 10 birds but I'm sure there were more. Also making the notebook this morning were 4+ Goldcrest, 1 Snipe, 1 Golden Plover, 4+ Meadow Pipit, 1 Kestrel and a Great Northern Diver.
Nearby, Maer Rocks produced 2 immature drake Eider, 1 Dunlin, 3 Great Crested Grebe, 3 Common Scoter, c30+ Dark-bellied Brent Goose, 1 Pale-bellied Brent Goose and at least 3 Purple Sandpiper.
Four Great Northern Divers and a third Eider were off the Grove.
Snow's been falling pretty much all day but it hasn't settled much in Exmouth. Lu and I walked the dog and I went for a stroll in it later this afternoon, but there was no evidence of any cold weather movement. Let's hope it stays that way. I picked up a female-type Scaup from Mudbank but I'm guessing it's the same bird that was reported on the river a while back. I wandered up to West Lodge for a better view but it was heading upriver so it remained distant. Further sightings included 60+ Redshank off West Lodge and 3+ Goldeneye, c15+ Red-breasted Merganser and a first-winter Mediterranean Gull off Mudbank. 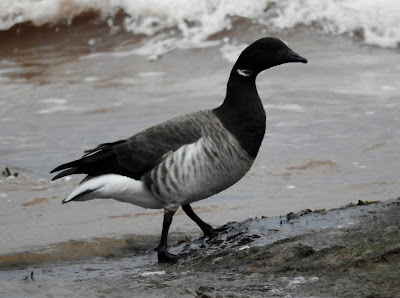 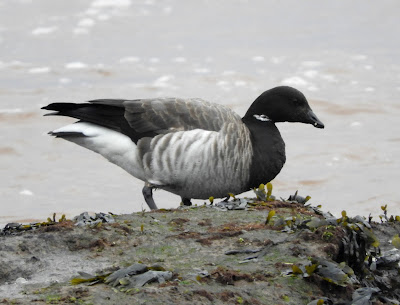 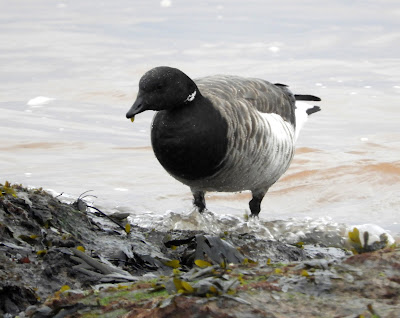 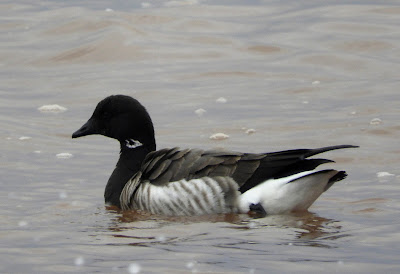 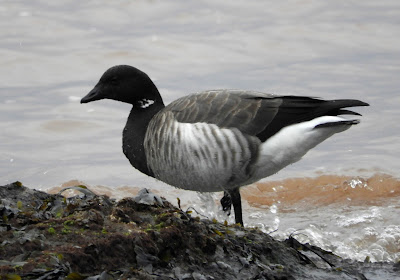 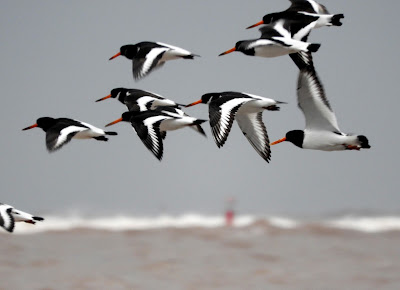 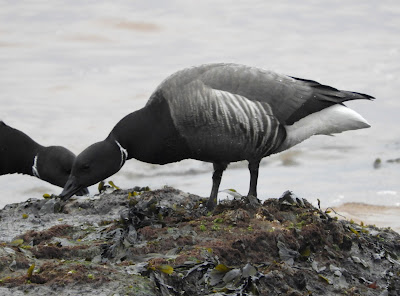 Dark-bellied Brent Goose - Maer Rocks - fuelling up for the long journey back east.
Posted by matt knott at 10:57