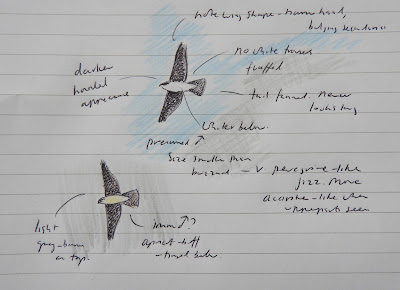 I was stood in the back garden mid-morning, scoping Sparrowhawks across the river, when I had a strong urge to see Goshawks. Being prime time of year, and being the half term break I realised that I could actually go and see some so, with the family all busy, I jumped in the car and tootled up to a known site. Within seconds of getting out of the car a single Goshawk drifted from right to left across the valley in front of me. Minutes later and I was watching a different individual on the soar - presumably a young male as it seemed to be a bit buffy beneath, and wasn't especially large looking, though there were no birds nearby to compare size with. It soared ever higher without a single flap and eventually I took my eye off it to sketch it. A few minutes later and what I assume was a third individual soared up from the ridge. This bird was more 'contrasty' and clearly an adult male, briefly joining a couple Buzzards that easily out-sized it. This bird's hooded appearance was discernible and it was clean white beneath.
So no 'fluffy trousers' and no displaying today but some fabulous prolonged views. I should really make the effort more often.
On the way home I popped in to Stover Country Park to see the Goosanders, and was glad I did as they showed superbly in today's beautiful light. About a dozen birds, all redheads bar one, were seen.
Other bits and bobs from today included the Long-tailed Duck off the Grove, 2 Peregrines sat on the mud off Mudbank and a Dartford Warbler on the East Devon Commons late this afternoon, whilst walking the dog. 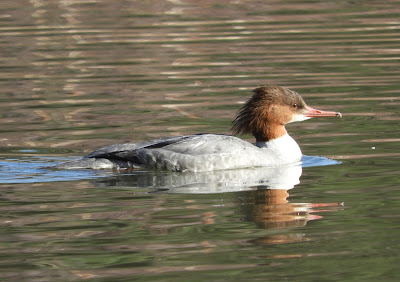 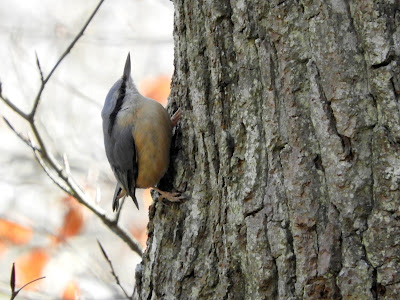 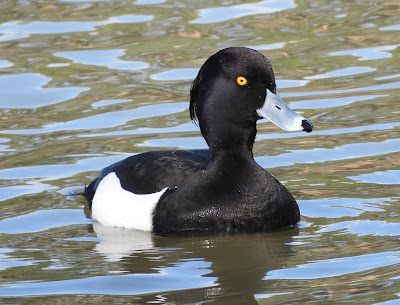 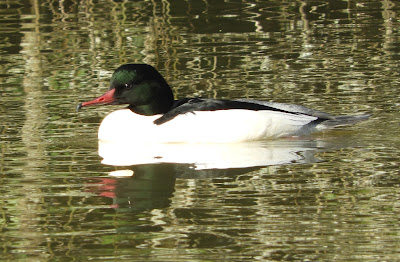 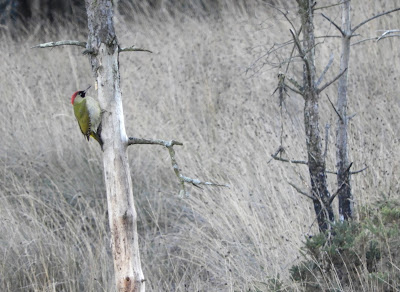