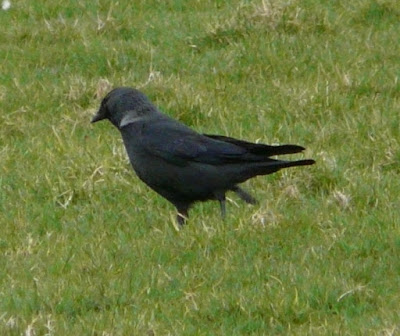 Not sure what to make of this Jackdaw. I'm always on the look-out or white-collared birds so I know this bird is not the 'norm' but I feel uneasy about claiming it as anything other than our own 'spermologus' race, because I know very little about them. From what I've read on the internet, the taxonomy of these birds isn't clear-cut and as far as I know there aren't any confirmed records of either 'Nordic' Jackdaw (ssp monedula) or 'Russian' Jackdaw (ssp soemmerringii) in Britain. I've posted these photos to show how the appearance of the collar varies with the positioning of the bird. You can see that it's more obvious at some angles than others but it's always quite apparent. I didn't note any other features that differ from spermologus but the underparts were perhaps too dark for monedula? 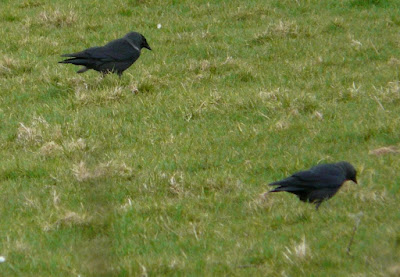 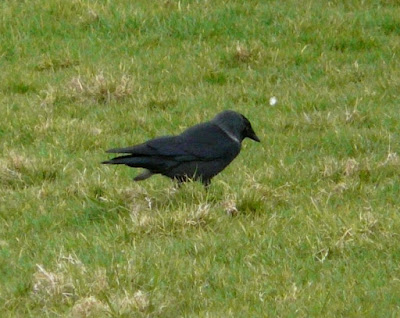 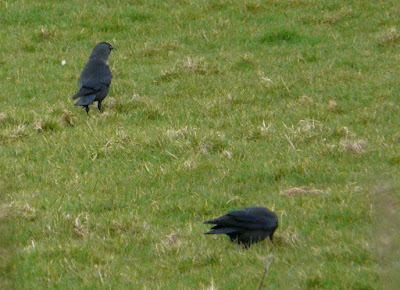 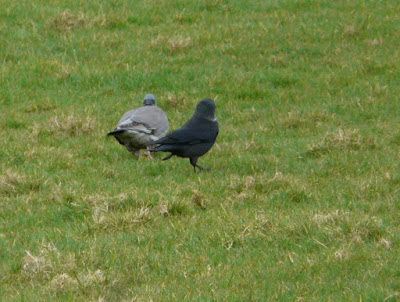 Note how visible the collar is from behind. 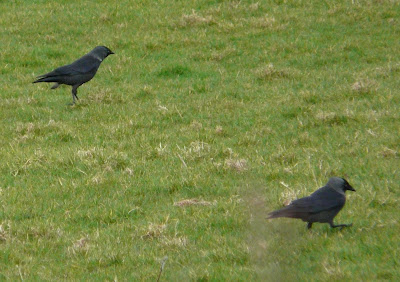 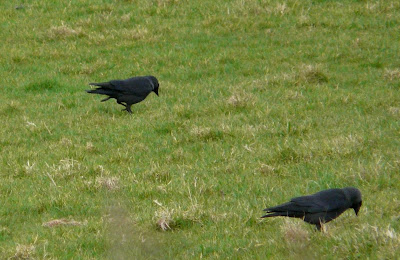 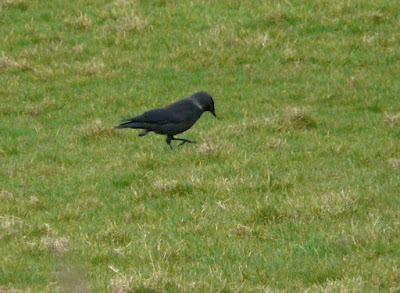 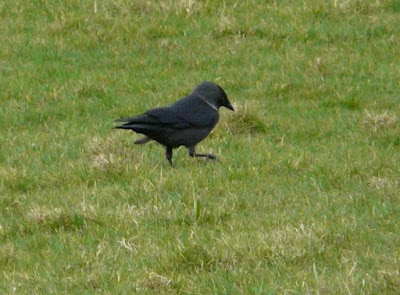 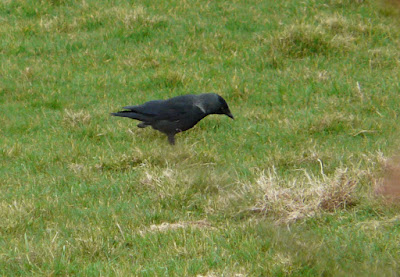 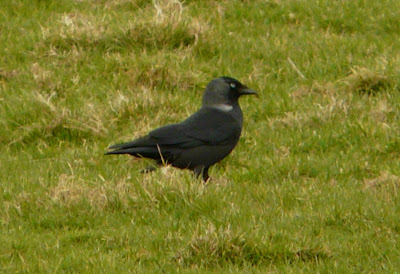 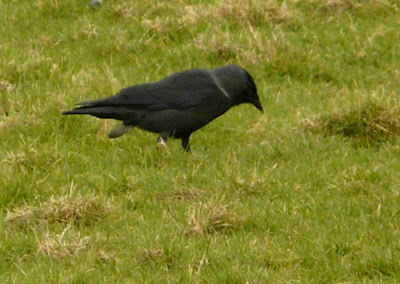 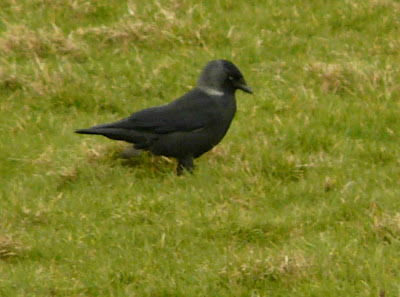 Finally a couple shots of a typical 'spermologus' taken a few days ago at Mudbank: 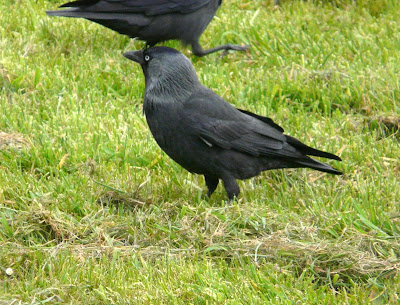 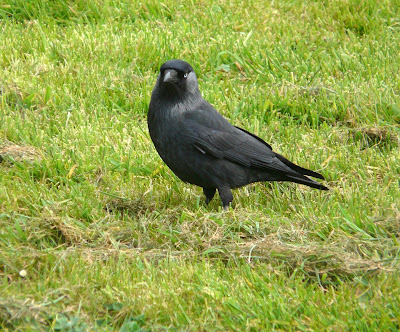