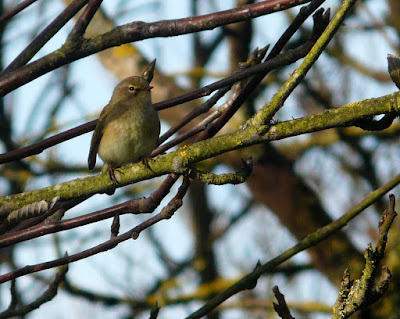 This Chiffchaff has been singing on its Orcombe territory for over a week now.
I was hoping to pick up a few bits and bobs off the back of storm Katie this morning but, apart from large numbers of Herring Gull and a steady trickle of Kittiwakes, there wasn't much about. An hour long watch from the beach huts from dawn produced 1 Common Scoter, 2+ Sandwich Tern, 1+ Great Northern Diver, 1 second-summer Mediterranean Gull, a pair of Pintail (south), 1 Great Crested Grebe and my first Swallow of the spring. It battled its way low and purposefully landwards as a chilled westerly wind tried to nudge it off course. Later in the day there were at least 8 Sandwich Terns off the seafront.
Yesterday I managed a half-hour, mid-afternoon look at the sea and recorded c20+ Manx Shearwater, 3 Sandwich Tern and 4 Common Scoter.
The day before, in horrible wet conditions, I managed a presumed 'new' Firecrest, a single Wheatear and a lone Chiffchaff, all on Orcombe Point. 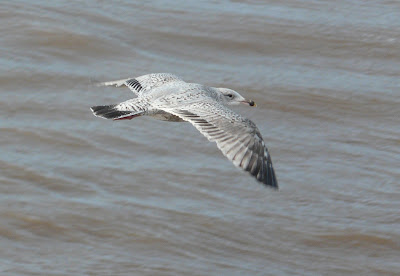 Large numbers of Herring Gulls were passing Orcombe Point this morning. The wind was forcing them to hug the cliff edge so I used the opportunity to try some flight shots. One day I'll get a better camera! 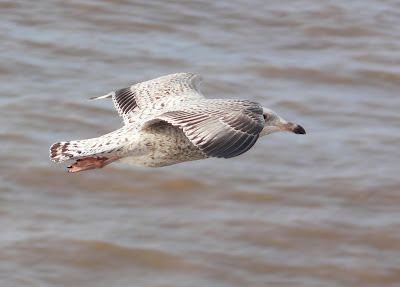 Note the odd tail pattern on this individual. 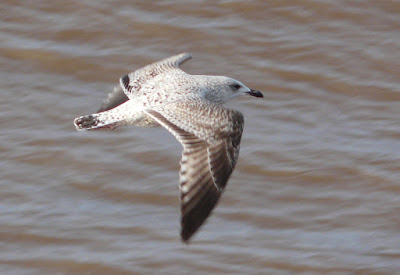 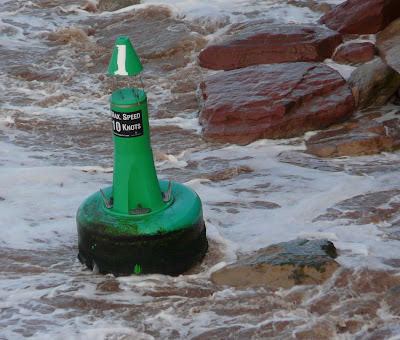 The numbered marker buoys off Orcombe are incredibly useful for getting others on to passing seabirds. Storm Katie is presumably responsible for ripping 'No. 1' from its anchoring last night. It was tucked in just below the point.
Posted by matt knott at 11:41