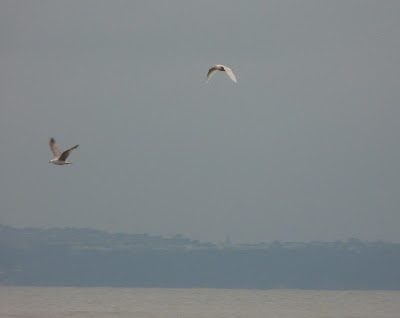 A lovely first-winter Iceland Gull was picked up off Maer Rocks shortly after dawn this morning. It drifted around offshore for a bit, followed an incoming trawler for a couple minutes and then plonked down on Pole Sands. This is the first Iceland Gull I've seen in Exmouth since the individual, pictured on the banner at the top of my blog, back in December 2012. Mustn't forget of course there was the Kumlien's Gull back in Februaury 2014. Also - 69 Dark-bellied Brent Geese, 1 Common Scoter, 10+ Great Crested Grebe, 9 Turnstone, 1 Purple Sandpiper and a Sparrowhawk. Derek and I had a good look on the point and came up with 1 Firecrest, 3 Goldcrest, 4 Chiffchaff, 2 Stonechat, 14+ Meadow Pipit and up to 4 Bullfinch.
Late this afternoon, from around 5'ish onwards, the adult Bonaparte's Gull was off the Imperial along with 2+ Goldeneye, a Ringed Plover, good numbers of Dunlin and a Bar-tailed Godwit. A bit of a surprise in the garden was a pair of Blackcaps and a Chiffchaff. 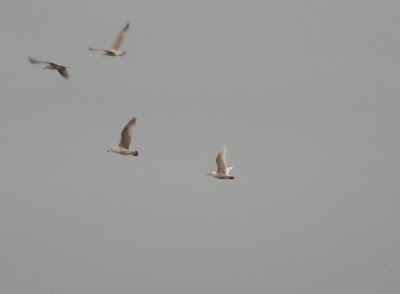 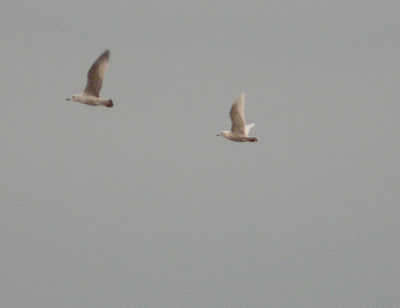 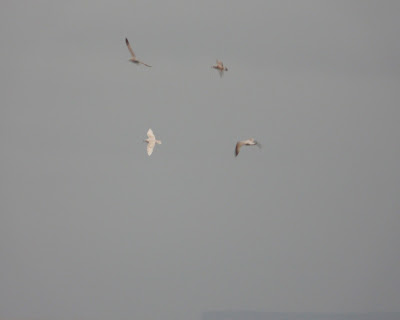 No hint of any darker pigmentation in the outer primaries so no reason to suspect this is anything other than 'glaucoides'. Scope views of it on the deck revealed a dark pink-based bill and dark eye. 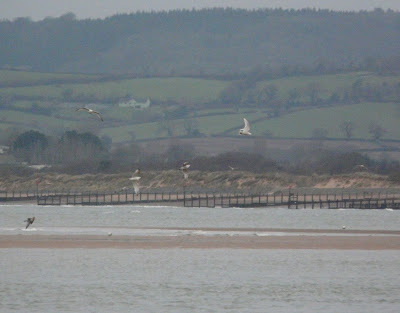 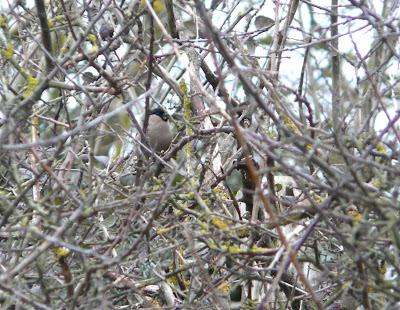 Bullfinches are very active and vocal on Orcombe at the moment. I've heard at least one male in full song this past week and Derek and I seemed to bump into them all over the place today. Getting a photo of them proved ridiculously difficult as usual. 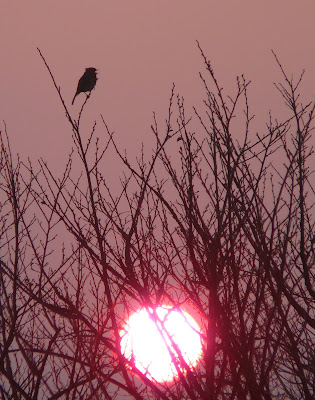 No nice sunrise this morning. This shot was taken very early yesterday morning.
Posted by matt knott at 03:16