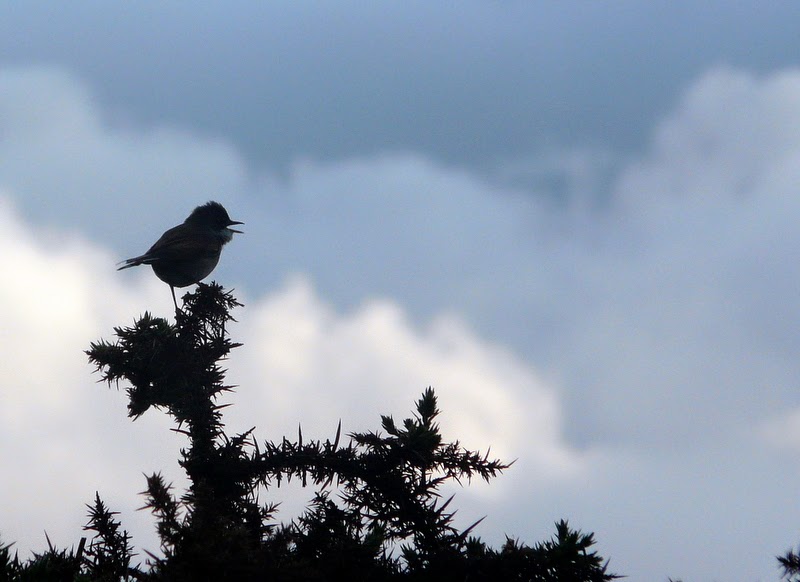 Orcombe has been quiet for some time now but an hour after work, spent covering the top fields yesterday, produced my first garden warbler of the year (heard only), along with c6+ blackcap, c6+ willow warbler, 4+ chiffchaff, 2 wheatear and a flyover whimbrel. I'm sure a morning visit would have been much more fruitful. At least 6 whitethroat territories have been established on my usual route, but as yet a number of migrant species have yet to make an appearance on Orcombe.
This evening I couldn't cover the top fields because the farmer was spreading manure, and work was taking place in the 'Bristol Schools' field. I only had half an hour before taking Joel to watch two school cup finals at the City ground, so I had a quick look out to sea in the hope of getting a roseate tern. The first scan revealed c20+ sandwich terns, mostly feeding off Orcombe Point, but it wasn't long before a small flock had concentrated on the rapidly disappearing sandbars and with them a lovely peach-tinted roseate tern. I lost it whilst sending some texts and then had to leave. Lets hope we get really good numbers again this year - last spring was fantastic. Also this afternoon, 1 great northern diver flew south. 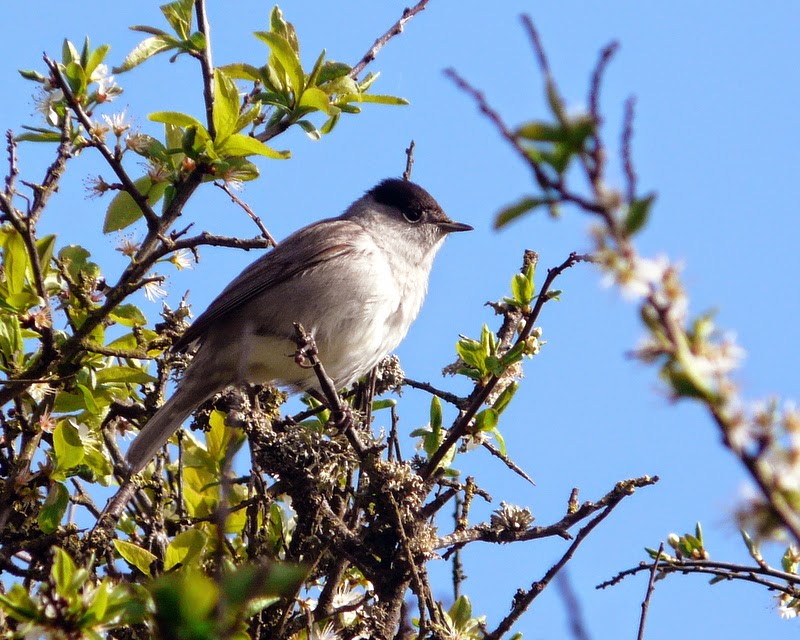 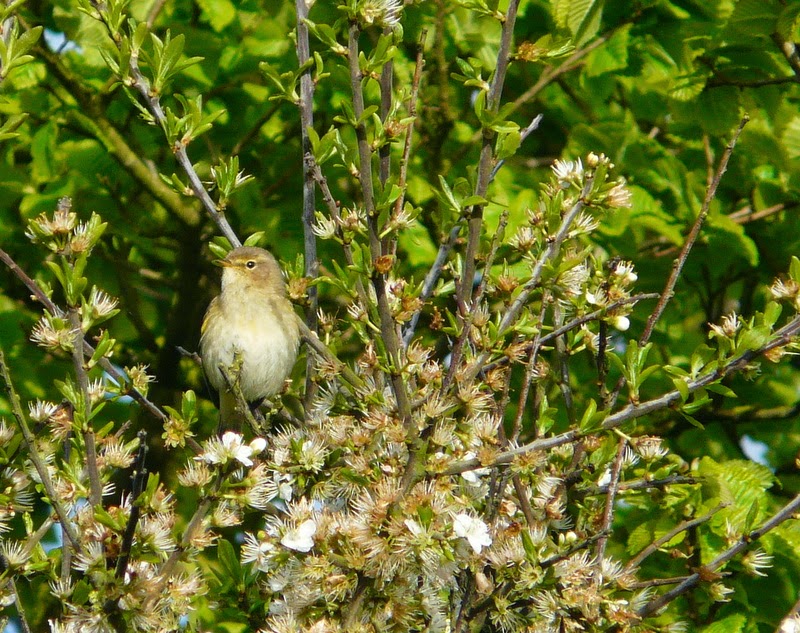 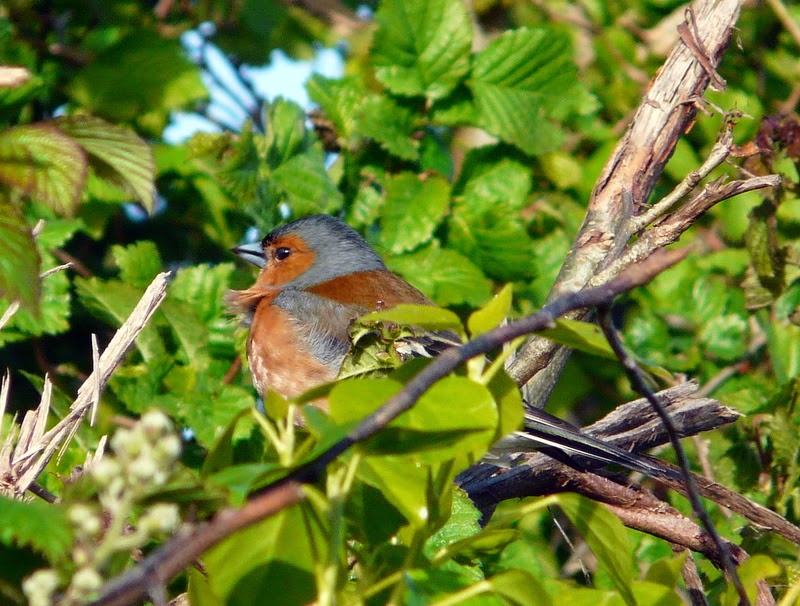