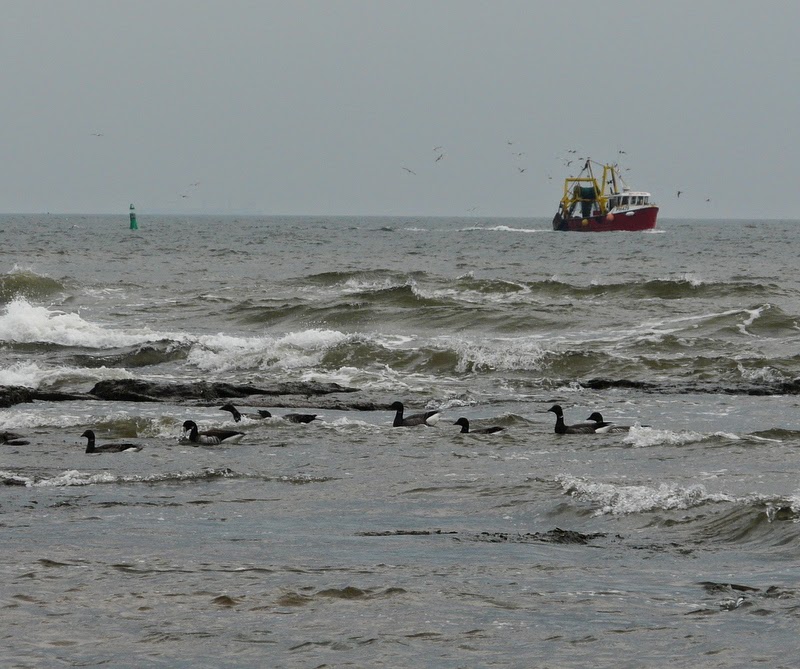 I had a bit of time to zip around a few sites after work this afternoon. I started with a quick lap of the top fields. Again migrants were conspicuous by their absence but I did flush a single snipe and a single meadow pipit . As I headed down Gore Lane, around 5pm, I could hear a commotion building among the gulls behind me. I re-traced my steps back up the lane to the main gate where I was able to scan the sky line, and very soon I picked up a migrant osprey. It appeared to come in off the sea above Sandy Bay and continued north towards Exmouth. I watched it circle over Exmouth, accompanied by a swirl of panicked gulls, but took my eye off it to send some texts, and never saw it again. It was always way too distant for a photograph but the scope views weren't too bad. I was pleased that Dave Stone was able to see it over the river shortly afterwards. 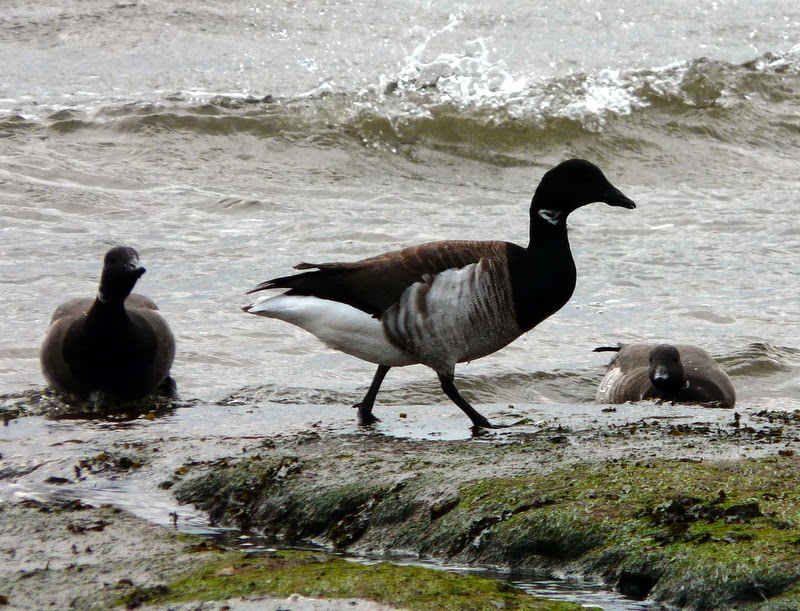 A quick look off Maer Rocks was quite productive with the pale-bellied brent goose still, 16 dark-bellied brent geese, 1 great crested grebe, 1 female eider and 9 sandwich terns including two with strong pink flushes to the underparts. Finally I did the obligatory 'Quay stop' but the glaucous gull was stood by itself on Warren Point. 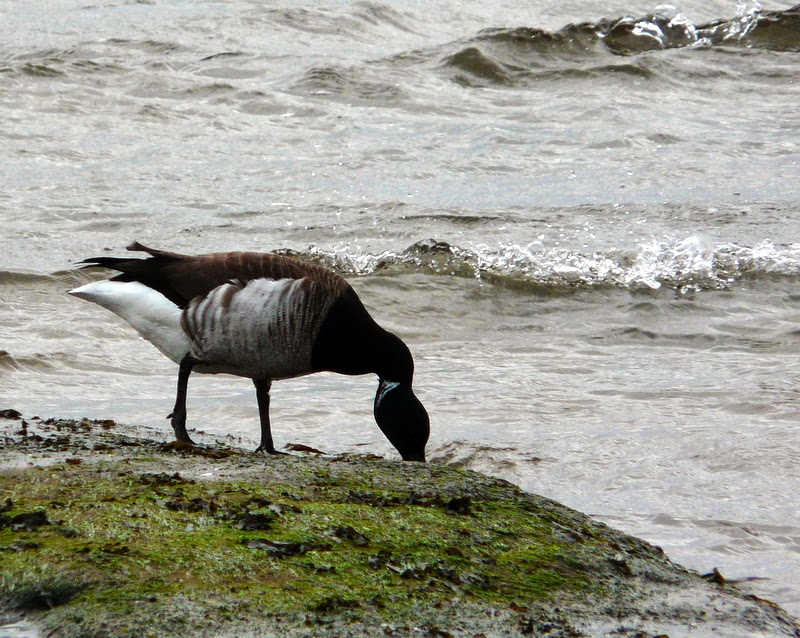 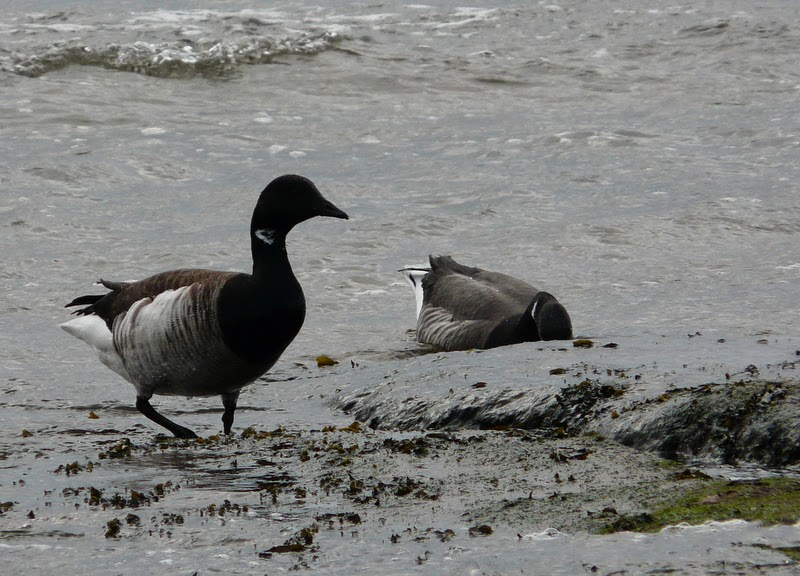 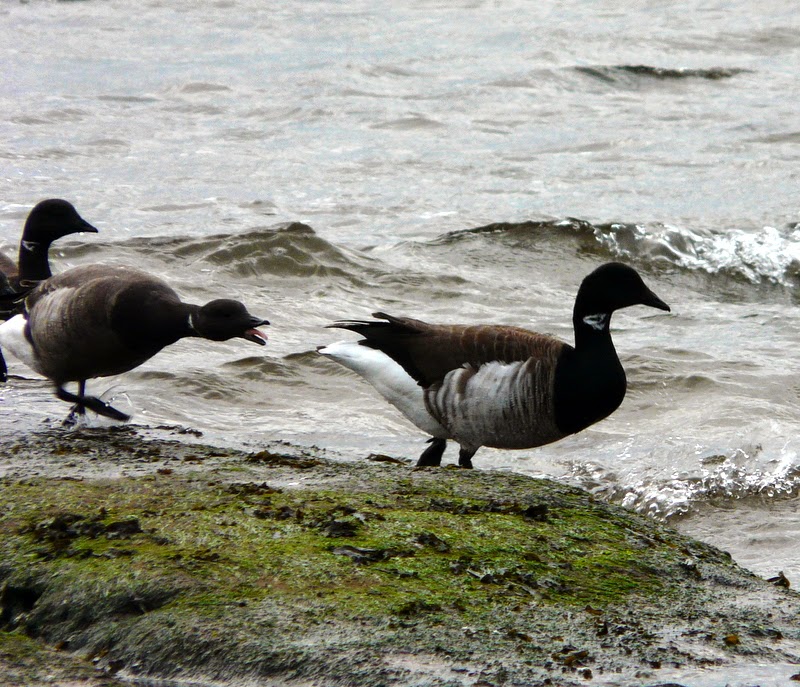 Pale-bellied brent being seen off by its dark-bellied cousin. 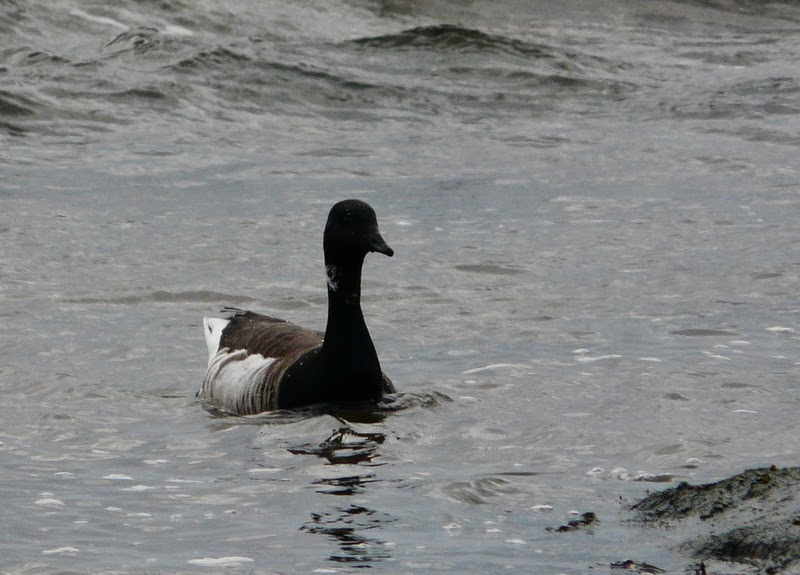 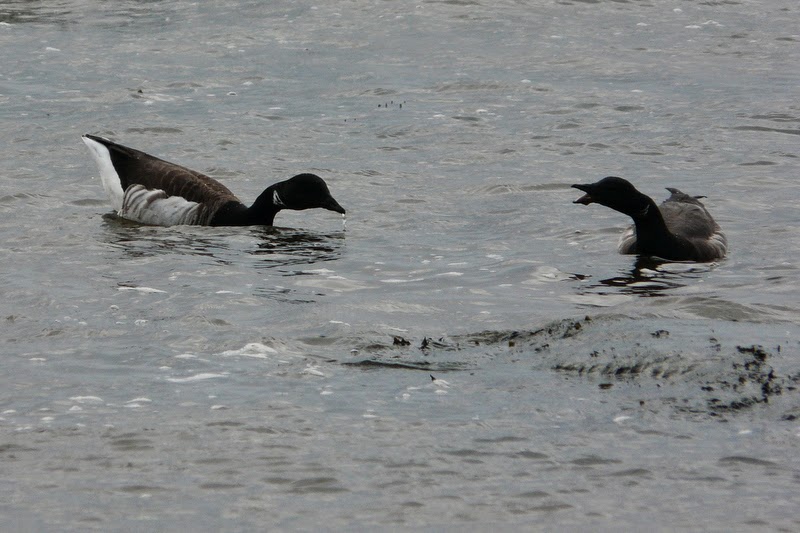 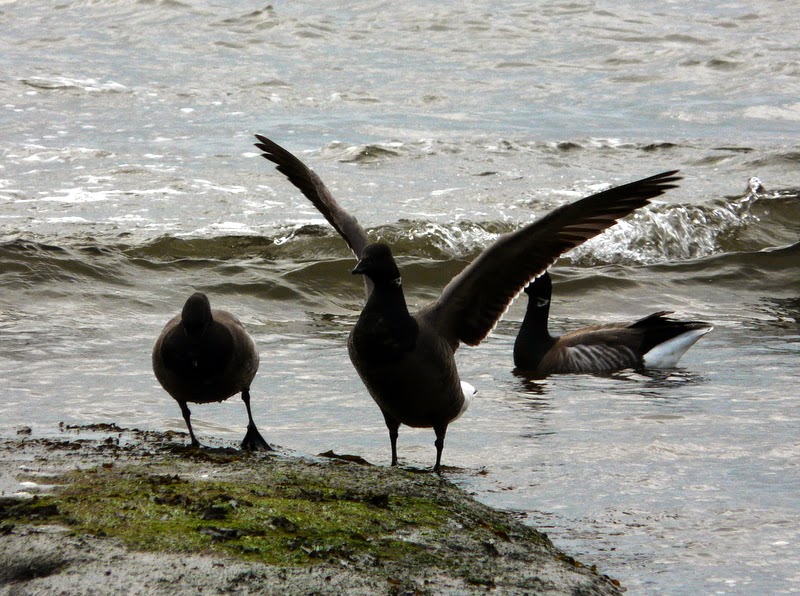 Dark-bellied brent having a flap.
Posted by matt knott at 12:05