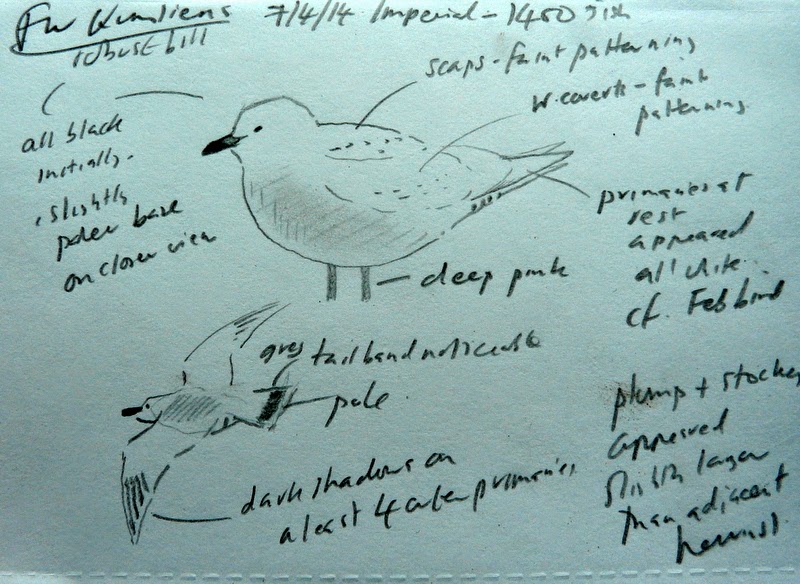 It was a nice surprise to set eyes on this bird off the Imperial this afternoon, around 2pm. When I first picked it up, its robust build and apparently all black bill immediately hinted at kumlien's gull as opposed to iceland gull. Frustratingly however, it was face-on to me and within seconds it had flipped up into the wind and flown closer to Mudbank. I drove round to Mudbank but again it flew, back towards the Imperial. Brief flight views on each occasion showed an apparent dark wash to the outer primaries but the visibility was awful, with strong wind and rain compounding my frustration.
Back at the Imperial it was still too distant so I whipped round to the coach park where I could finally see it side-on. At rest, as with my February bird, its primaries appeared all white. I strained my eyes to pick up any darker markings but couldn't see any. Then it jumped into the air and flew a short distance, revealing distinctly darker centres to at least the outer four primaries and a really prominent grey tail band. Again it flew, so I rattled off a few shots but look away now if you're averse to dreadful photos! 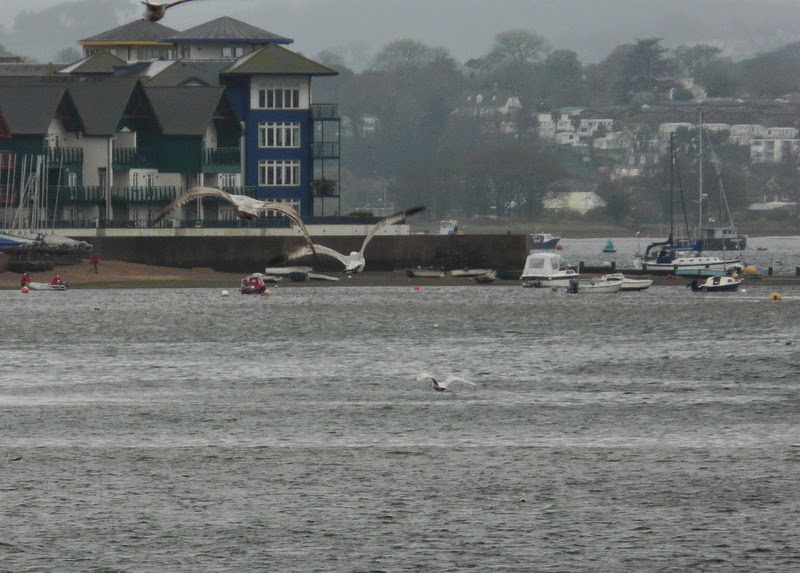 Flying away from me off Mudbank. 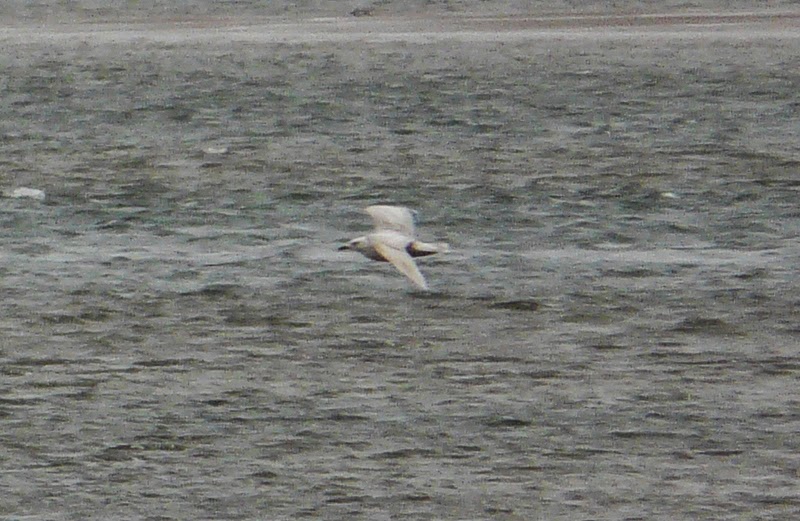 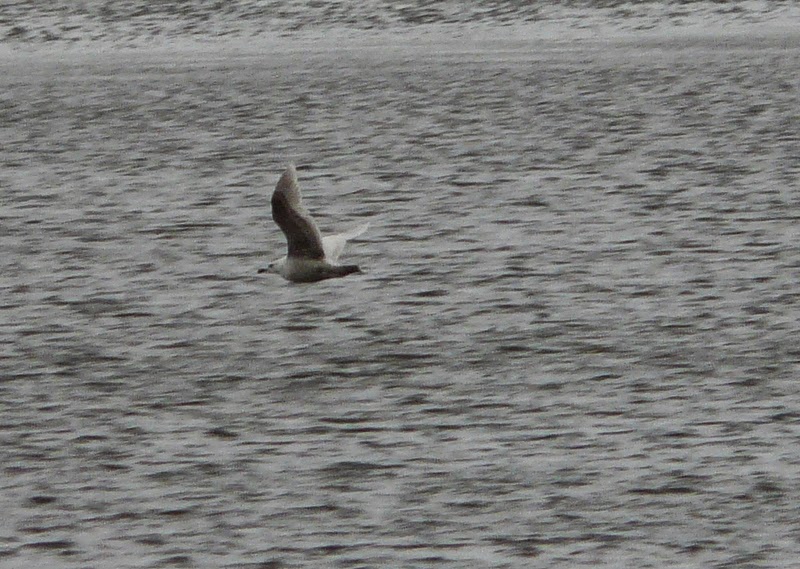 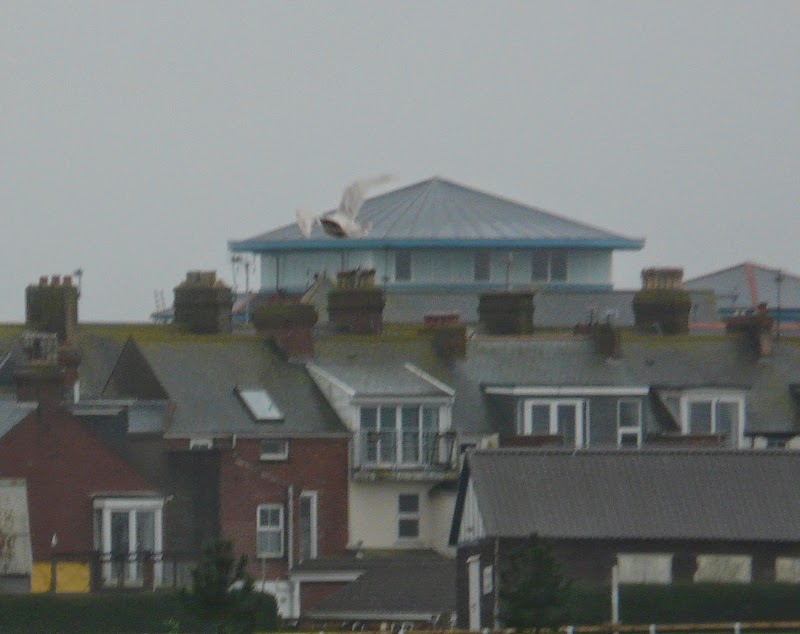 On this appalling shot, note the dark tail band and the contrast between the darker outer primaries and paler inner primaries. At this point it was heading towards Exmouth town centre. 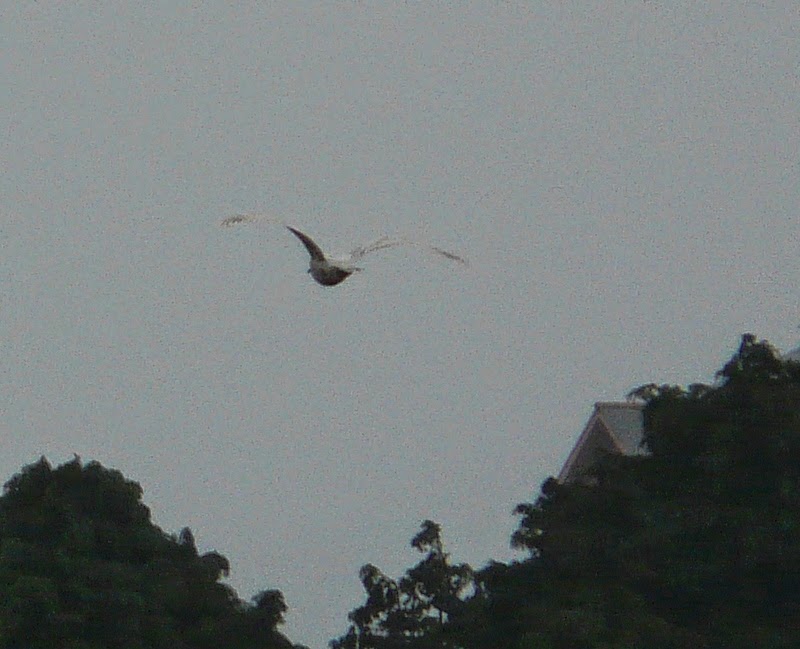 Again note the darkness to the outer primaries.

I'm guessing this is the bird seen six days ago by Tim off Topsham Rec and could feasibly be the bird seen off the Warren before that. As unlikely as it may seem I wouldn't rule out it being the bird I had way back in February. It certainly had a familiar feel to it, but of course there's no way of knowing for sure.
Also this afternoon 60+ sandwich tern and 7 dark-bellied brent goose off the Imperial. The 2w glaucous gull is still on the Quay.
Posted by matt knott at 08:02