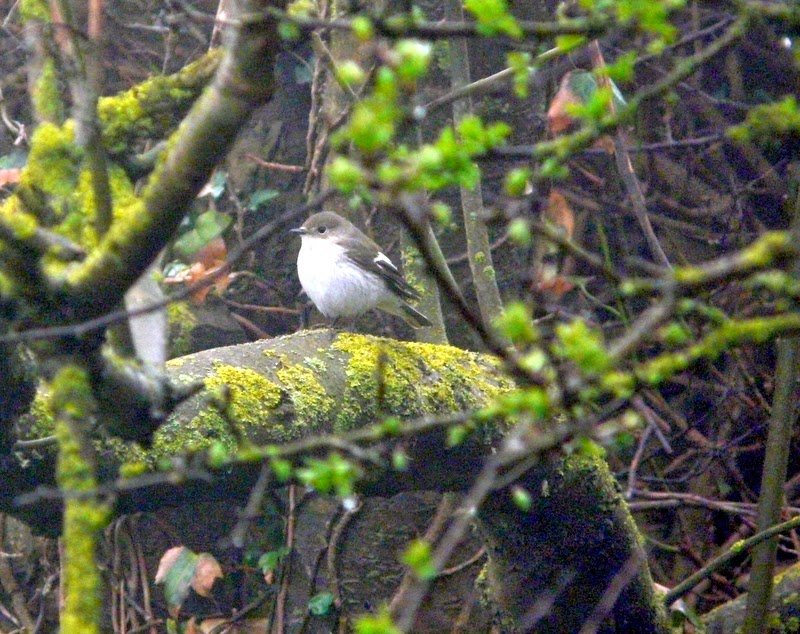 I had a very early look around the point and coast path with Nick Pratt this morning. Despite the damp and fog we didn't see much but I had to leave at 0730 to be back in time to take Joel to football in Dawlish. We were all back for lunch and Lu was keen to take the kids into town, so I dropped them off and headed back up to Orcombe to check the top fields. The conditions were just as bad, if not worse than they had been earlier, with rain and low cloud, which meant visibility was reduced to just a few yards. Predictably I saw nothing in the top fields but the Bristol Schools field held a few chiffchaffs and I was relieved to finally clap eyes on my first two willow warblers of the year. This encouraged me to look a bit harder so I joined the coast path with the intention of checking the edge of the caravan park. At the top of the slope, above the geoneedle, a bird flipped up on to a low branch, that in the murk, registered as a chaffinch. However it turned to face me and looked far too white. I got the bins on it and was thrilled to clap eyes on this beautiful female pied flycatcher - a very scarce migrant on Orcombe and a nice early one at that. I stupidly went for photos before checking the all-important primary covert white 'teardrop' but I needn't have worried as the bird stayed put, in its tiny little patch of scrub, occasionally landing on the fence just feet from me. Photographing it however was really tricky as it never stayed still for long and the light was terrible. 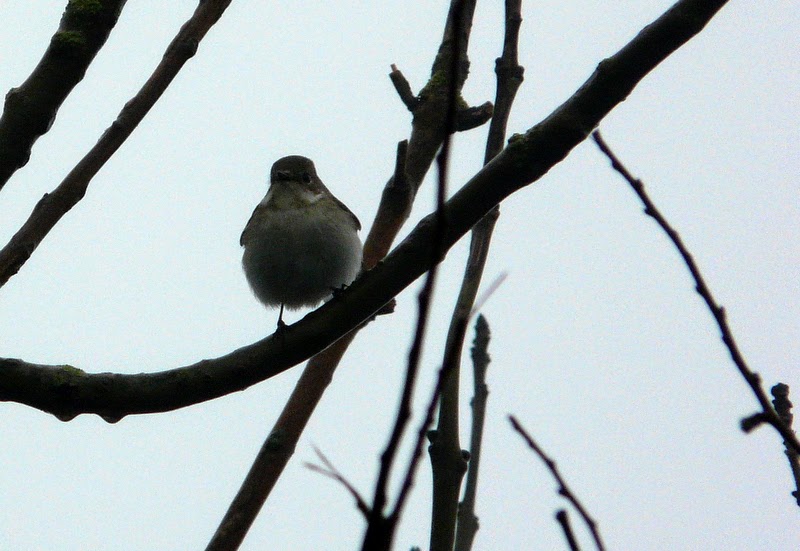 On the way home I did a u-turn in the Quay car park to check the glaucous gull was still present and a quick look off the Imperial revealed 22+ sandwich terns and 2 dark-bellied brent geese.
It has been a really odd spring so far this year. I've still had only the single wheatear and I've yet to record my first sand martin or swallow in Exmouth - crazy! This time last year I'd seen dozens of wheatears, stacks of chiffies, at least 3 ring ouzels, several black redstarts, common tern and 2 stone curlews in Exmouth, among other stuff. Having said that, no two springs are the same and the unpredictability of spring birding is what makes it so exciting.