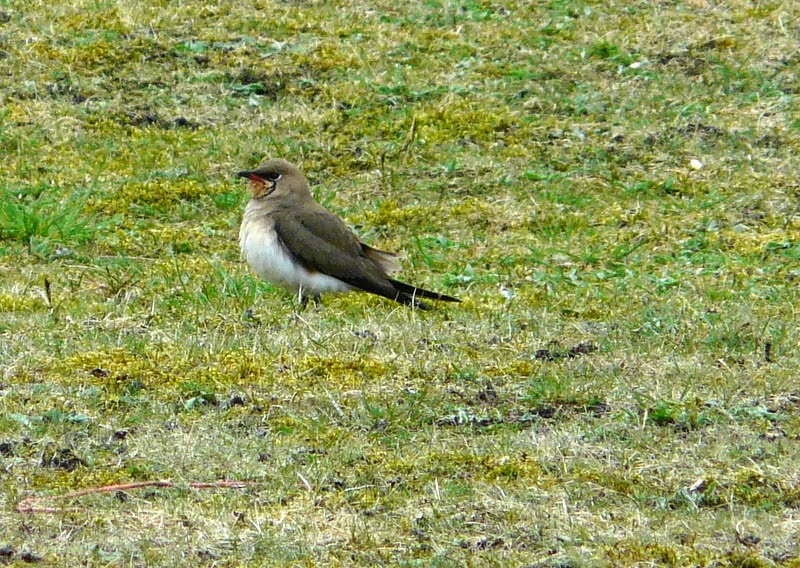 Wow! This bird is simply stunning. Running around on the golf course at Skern, Northam Burrows just yards from its assembled admirers. I've seen this species abroad before but views have always been distant and/or hampered by heat haze, so the opportunity to see one up close, in relatively flat light, was absolute magic. I was immediately struck by its diminutive size (not a whole lot bigger than accompanying wheatears), and the subtle beauty of its muted colours. It was running short distances, snatching at flies and, very occasionally, leaping up in to the air for insects. It regularly pumped its tail downwards and seemed absolutely tied to a small stretch of the golf course. A huge thank you to Mike Langman for the lift up, and it was great to catch up with Colin Bath too - a thoroughly pleasurable afternoon in great company. 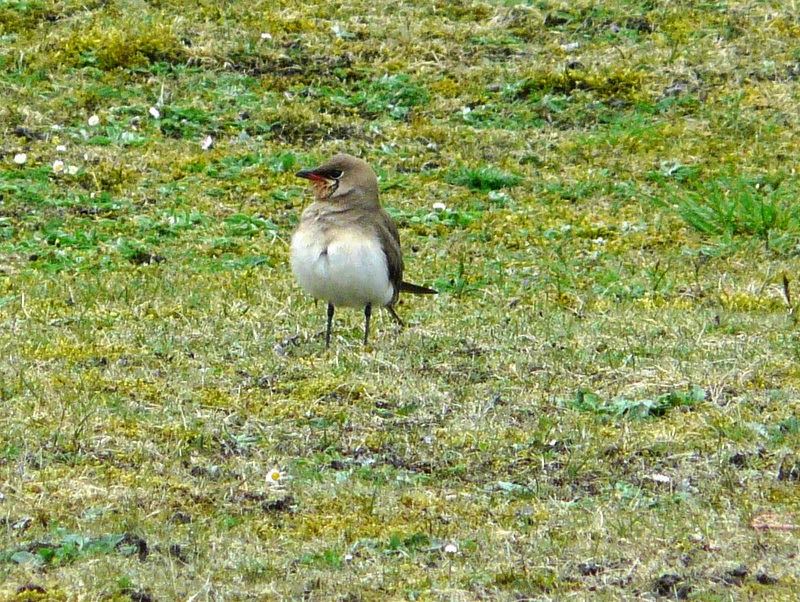 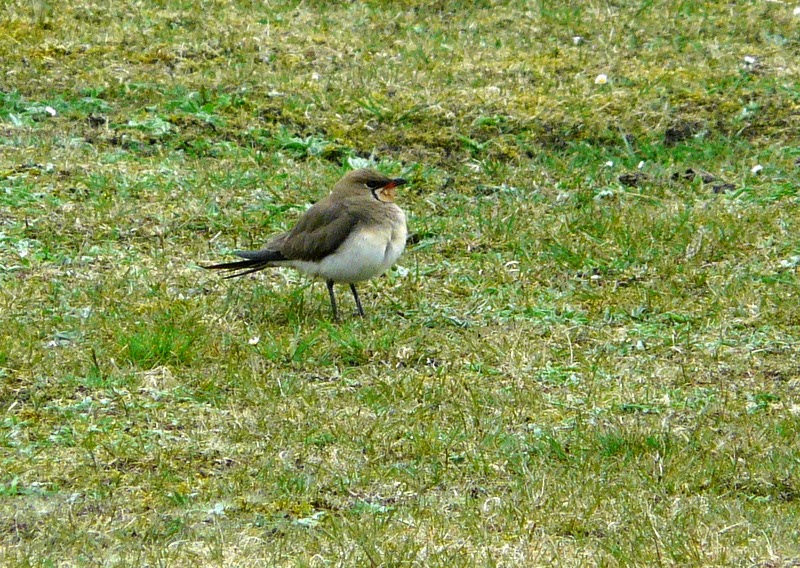 Short flight views revealed rich chestnut under wing coverts and a crisp white trailing edge to the secondaries - easy to see in dull light conditions but both these features can be very tricky in harsh light - see the photo of the birds I photographed in Morocco last week - neither feature is obvious. 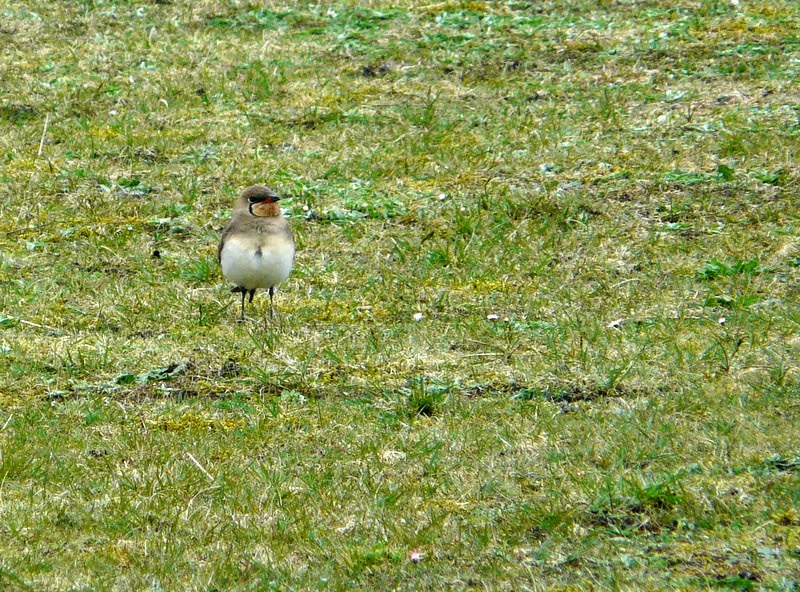 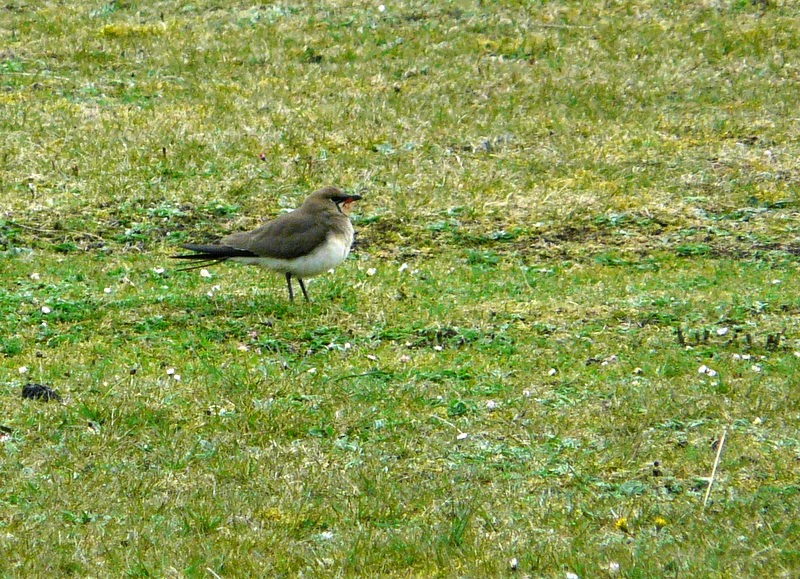 As well as the pratincole, the whole area seemed to be jumping with migrants. In fact it's little wonder I've seen so few migrants in Exmouth - they're all in north Devon! Whilst walking to and from the pratincole we picked up c10+ white wagtails, c15+ wheatear, 2 common sandpipers, 3 yellow wagtails, whitethroat, 2 stonechat and several swallows, whilst sedge warblers sang from the brambles. 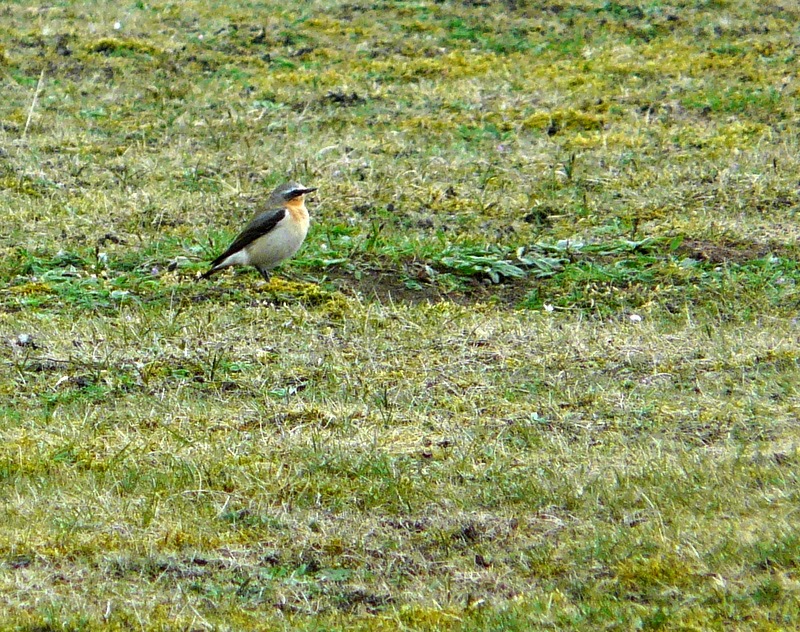 The wheatears we looked at appeared to be Greenland types. 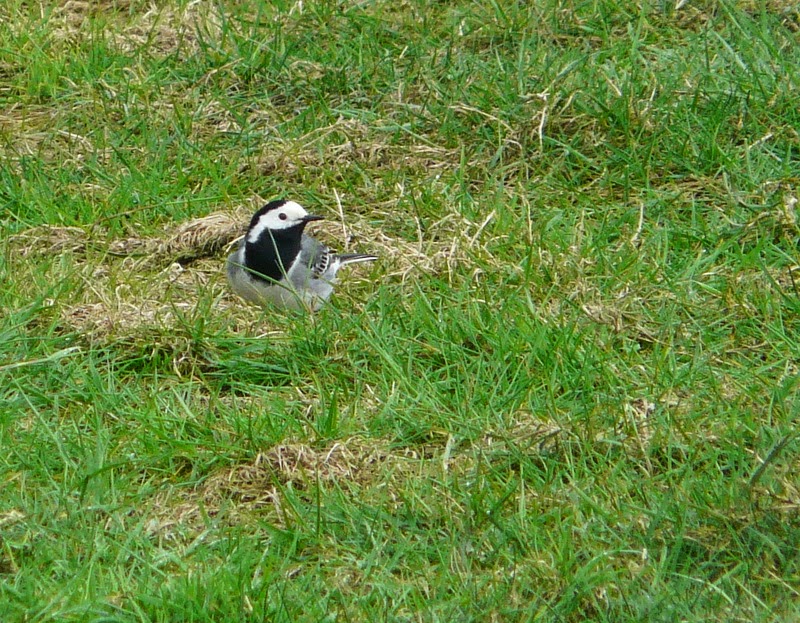 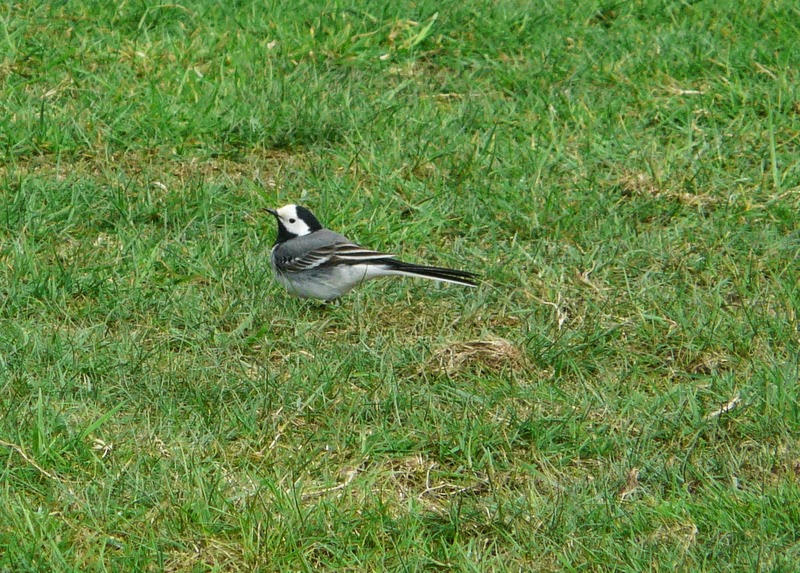 I tried a field sketch but as usual it just sells the bird short - It makes you look hard at the bird though and that can only be a good thing.