I couldn't resist another look at the glaucous gull this evening. I had a few minutes between finishing work and taking Joel to Exeter for football training, but it was worthwhile. The fishermen had left some boxes of fish scraps on the quayside and the glauc was stood staring at them and occasionally giving them a peck. It also spent some time hanging in the wind and eventually joining other gulls in a melee, as the scraps were deposited in to the sea. 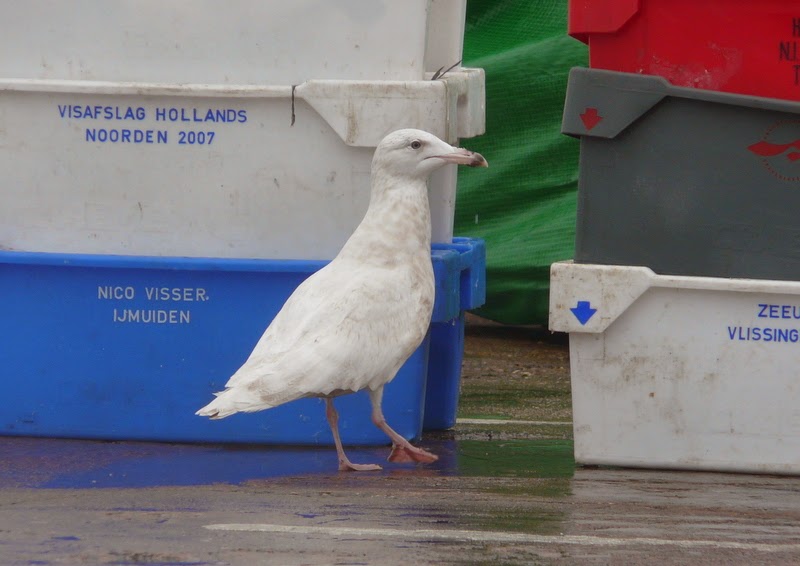 In the above photo note the rather pale grey iris and delicate vermiculations in the tertials - a further pointer to this bird being a second-winter. 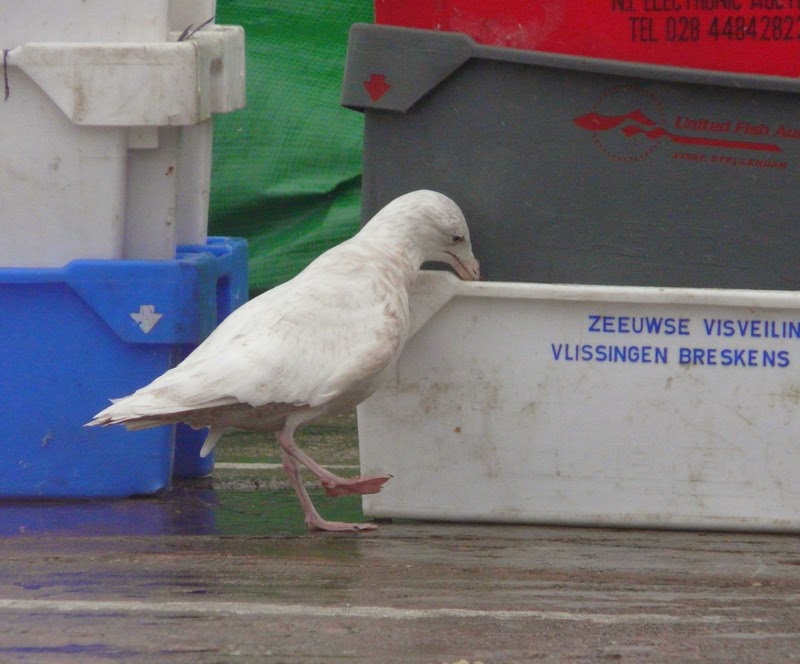 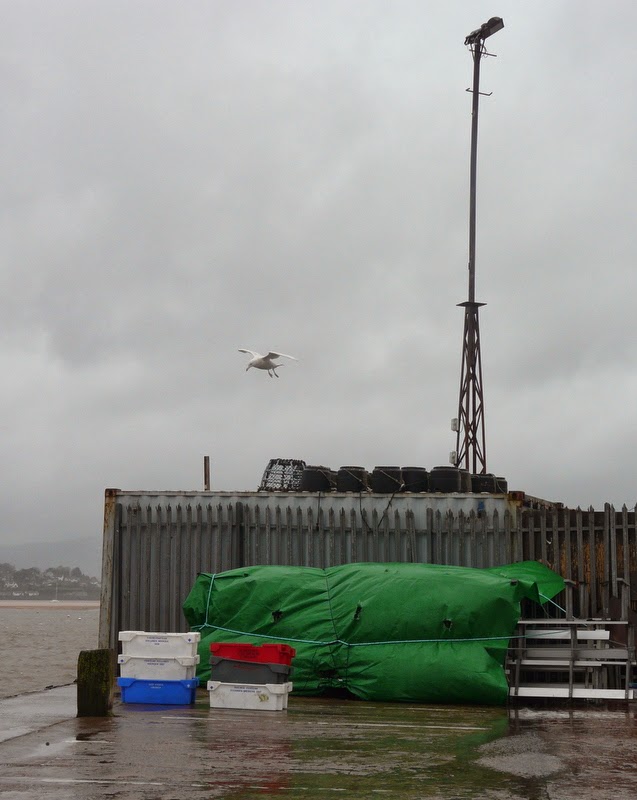 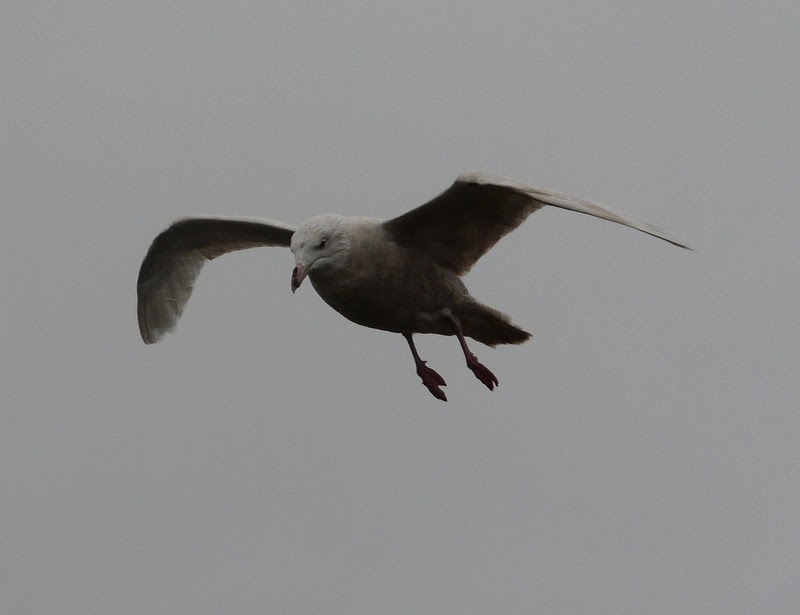 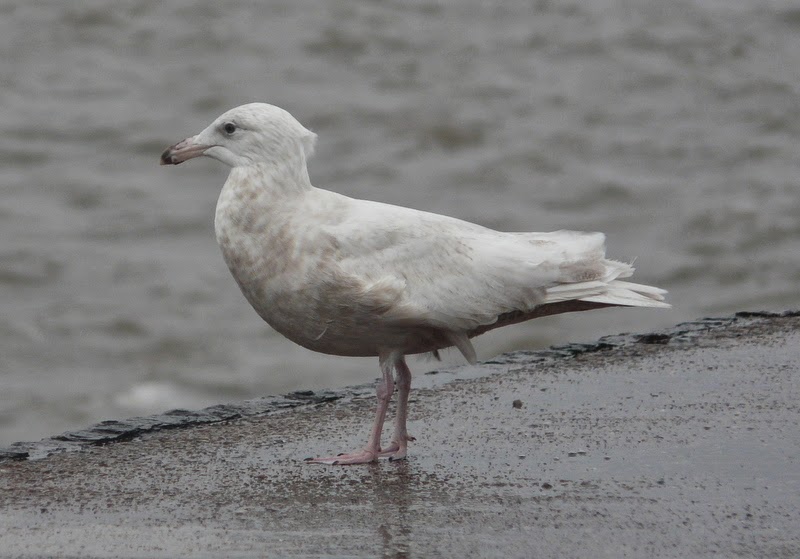 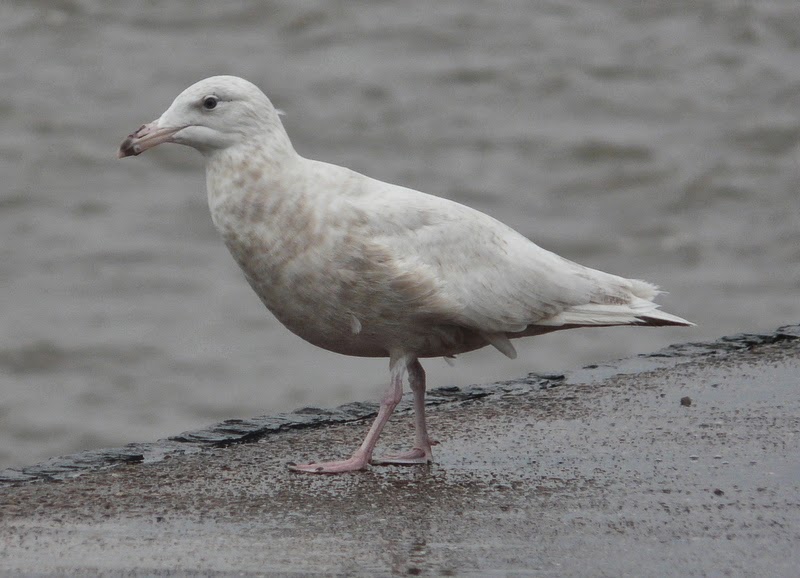 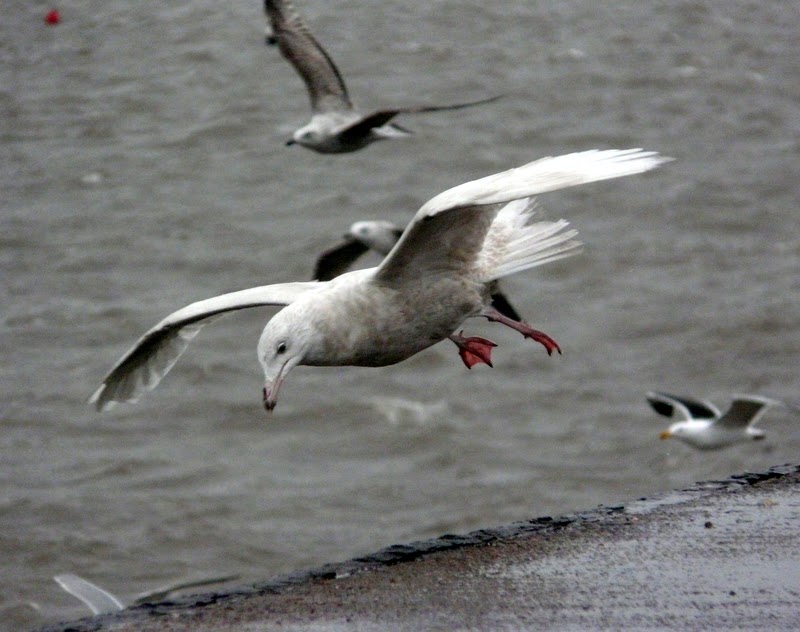 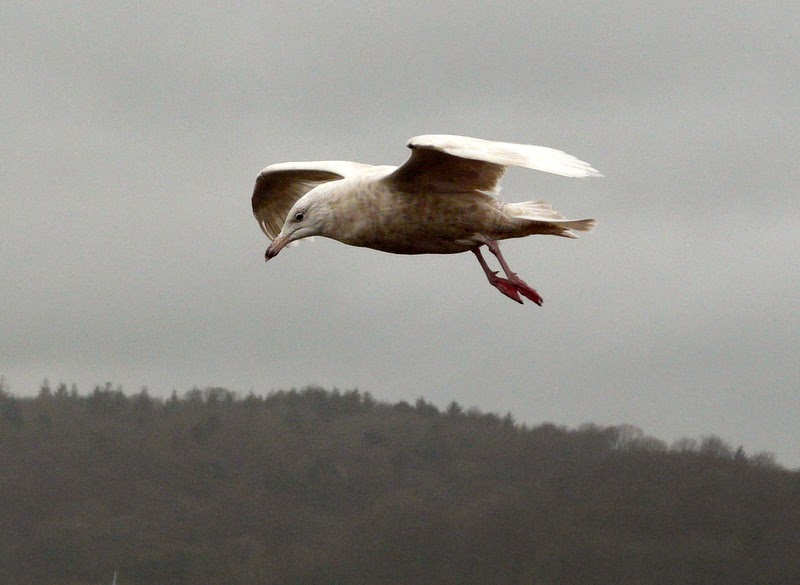