I was up early again to see if the siberian chiffchaff was around, and it was indeed feeding furtively at the back of the garden. I got another photo but it's just as bad as yesterday's. 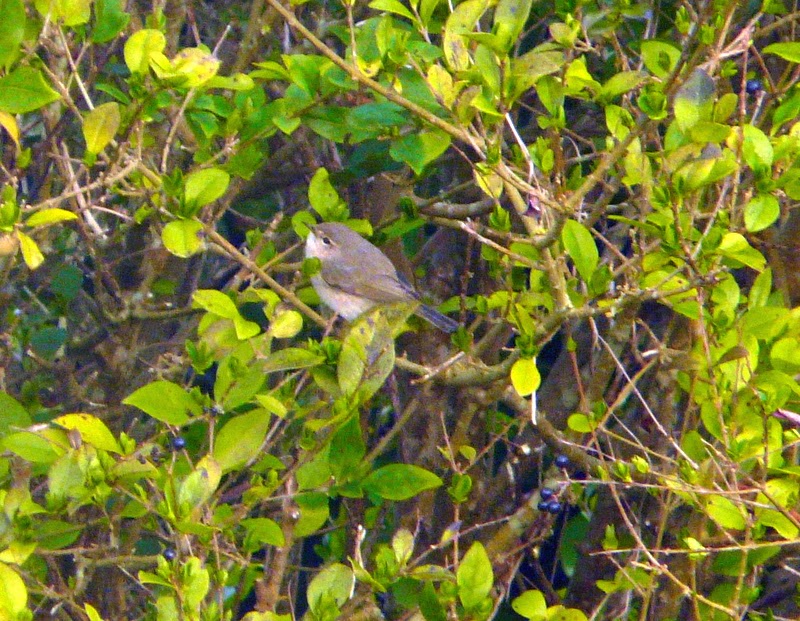 It spent ages in this small privet before moving back into a sallow and out of view.

This evening, after work, I whizzed around just two fields on Orcombe. There were 3 song thrush in the main top field but little else. I then did the Bristol Schools Camp field and was thrilled to find a single firecrest along with a single goldcrest.  Firecrest is a very infrequent visitor to Orcombe. I probably average just one or two records a year with March a better month than October or November. A couple years ago I was lucky enough to find a singing male along the coast path but this evening's bird didn't even call, never mind burst into song! 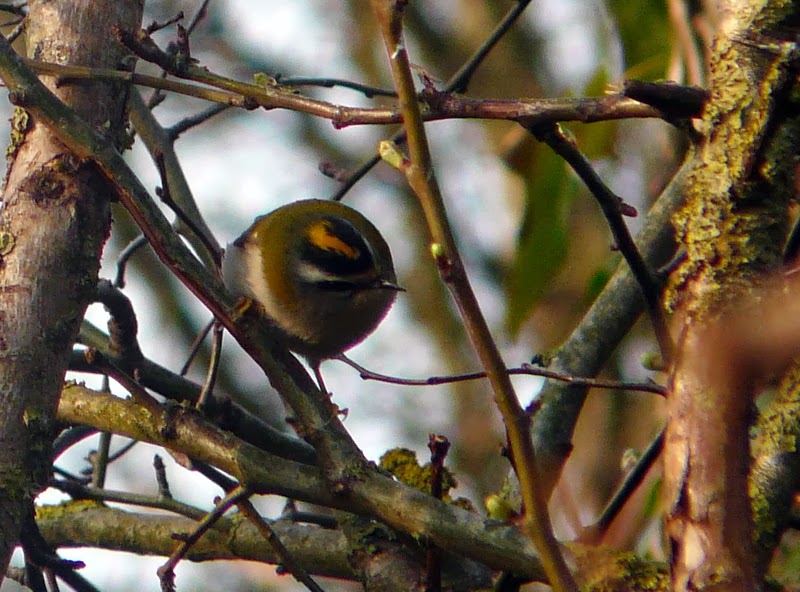 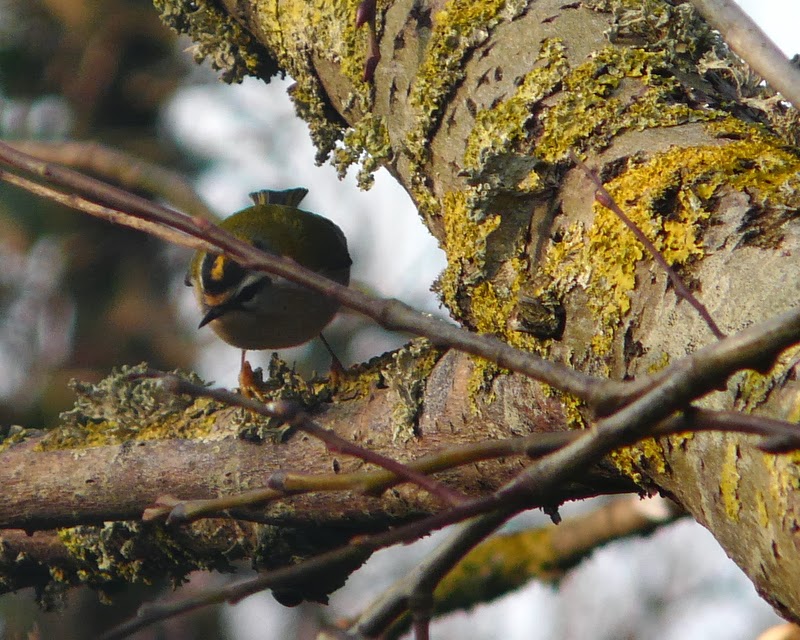 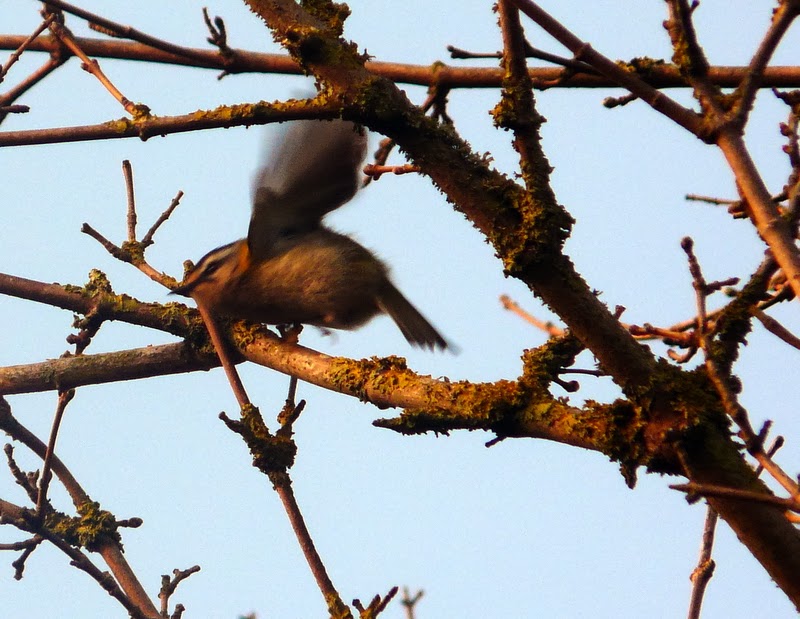 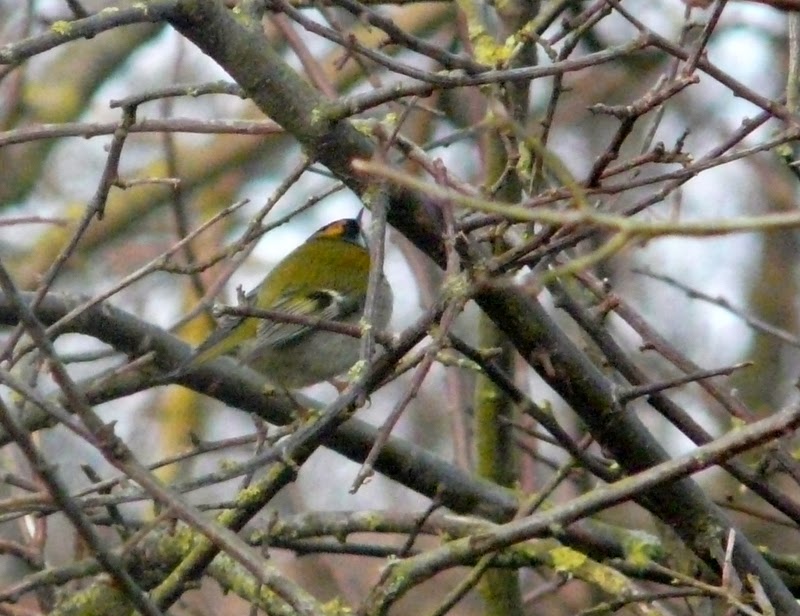 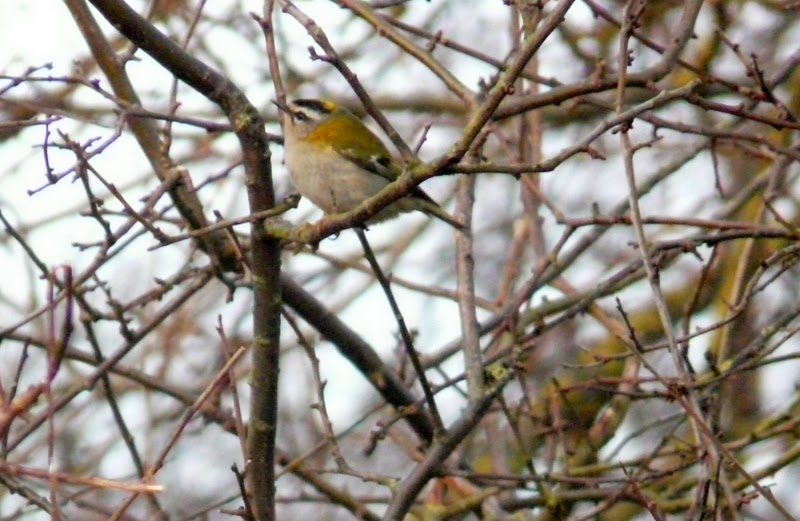 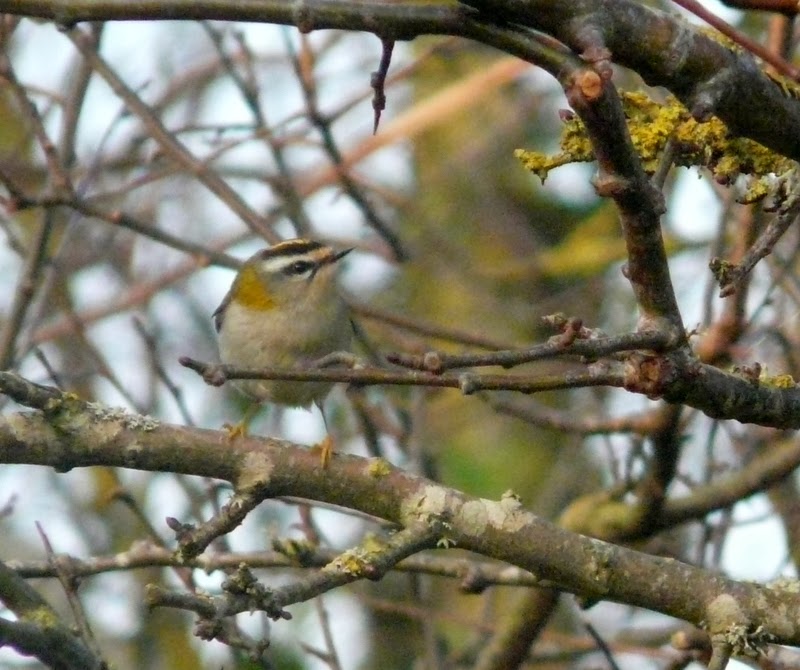 As always it was a devil to photograph, restlessly shifting from branch to branch. The camera of course focused on the branches and rarely the bird. 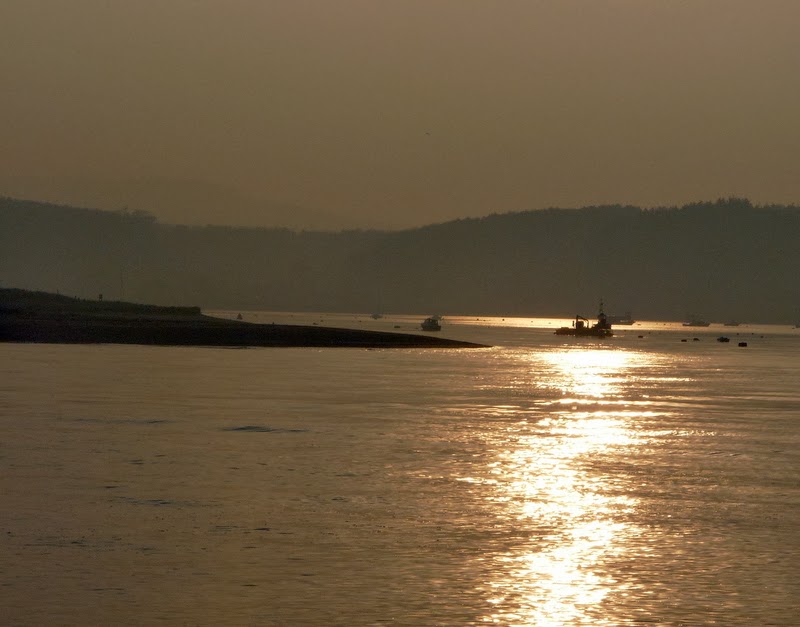 The very tip of Warren Point as seen from Exmouth Seafront this evening.
Posted by matt knott at 12:08