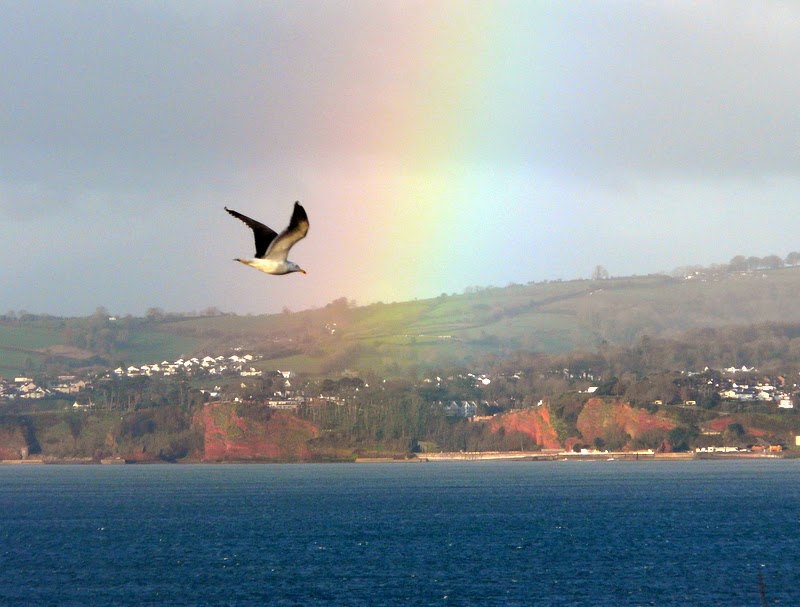 Orcombe Point was really cold and really birdless first thing this morning, except for 65 dark-bellied brents and a single pale-bellied brent goose on Maer Rocks, so I was back to watch Match Of The Day with Joel shortly after 0730. I squeezed in a quick look at the Quay, and almost ran over the glaucous gull on the way back but I'm still just as confused about its age! The pale bill tip suggests second winter and the grey iris is neither properly dark nor properly pale. The blotchy breast markings look ok for second winter but the rest of the plumage is just too worn and pale to offer any real clues. 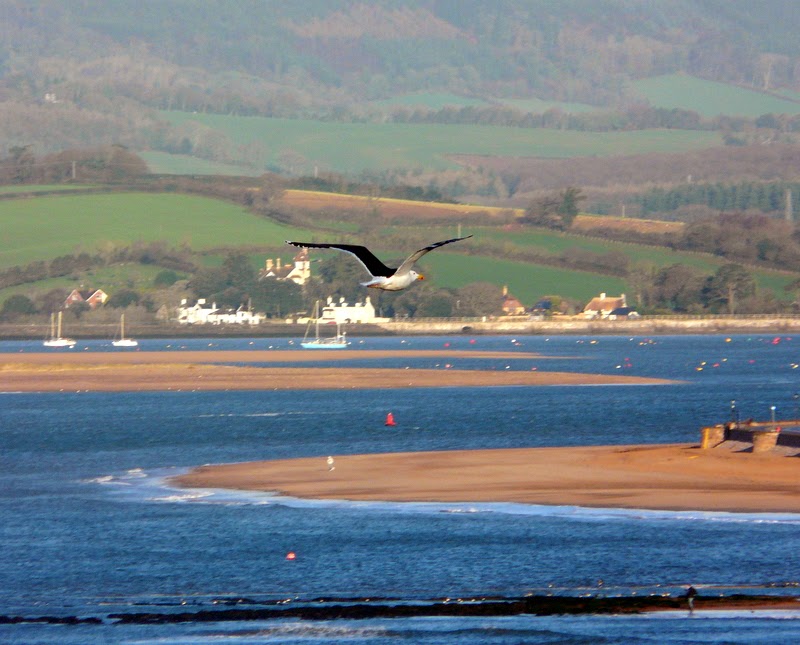 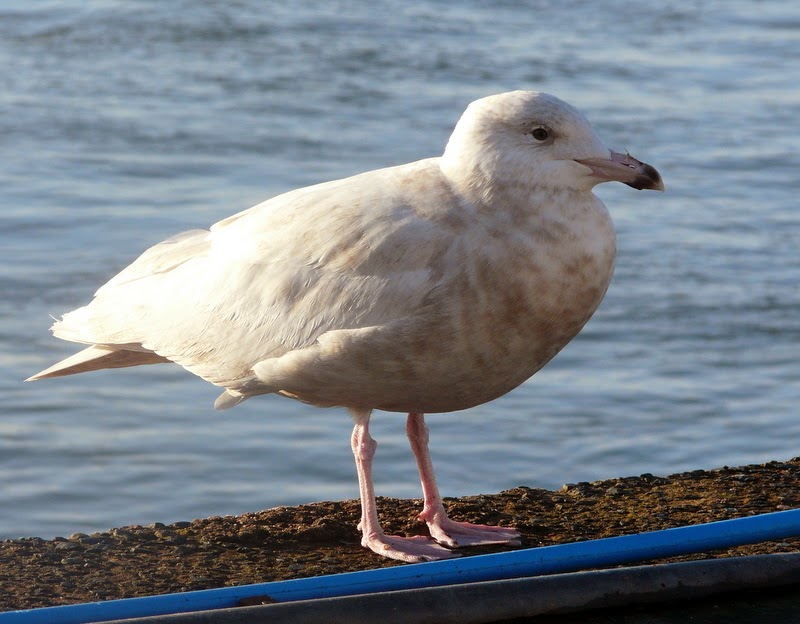 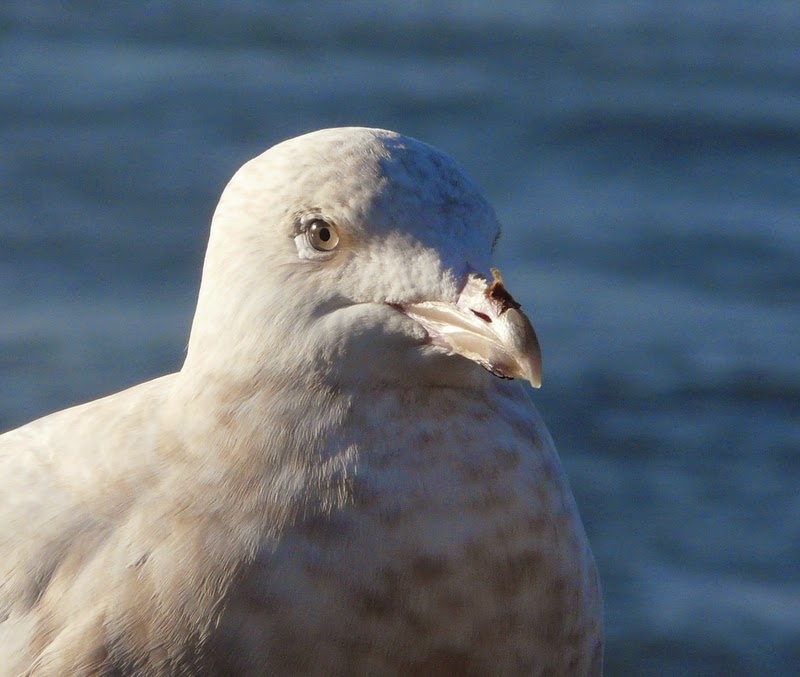 Olive-grey iris looking paler than usual in sunlight. Note the damage to the upper mandible and the pale bill tip. On this photo alone you would have to age it as second winter (third calendar year). I think the small dark spots behind the eye are parasites that many northerly latitude gulls seem to show. 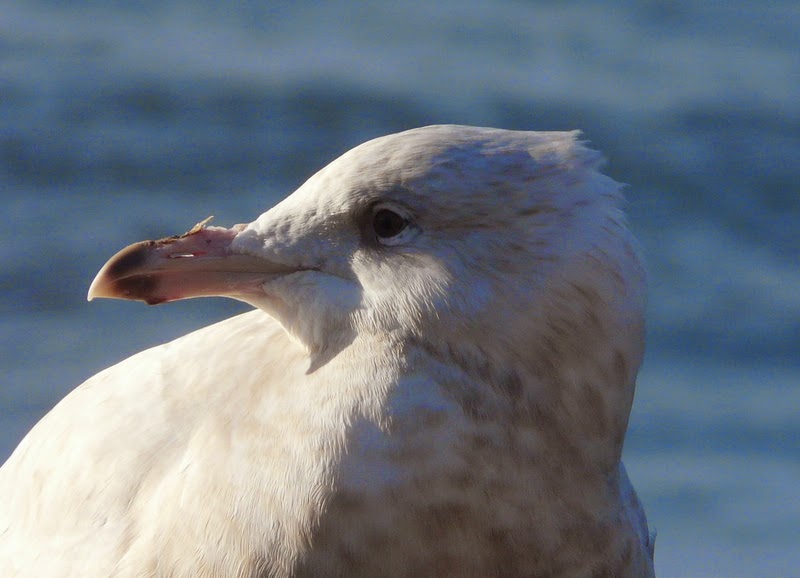 After lunch we all headed down to the beach to walk the dog. We parked at the top of Foxholes and walked down on to the beach. Almost immediately I picked up a call that I first registered as jackdaw but then realised, above the sound of the strong northerly wind, that it was actually more chough-like! I momentarily panicked and glanced up to see it right overhead. I whipped the camera out, pointed and pressed but couldn't actually see the bird on the screen because of the harsh light. It immediately curled its wings, tumbled and then just rocketed directly along Exmouth beach towards the river mouth. I phoned Lee and Kev but Lee didn't answer and Kev was in Scotland! I then made a load of other calls before eventually getting hold of Lee who frustratingly wasn't at the Warren. I really hope it can be pinned down but I think it's a bit of a 'needle in a haystack' situation. It's presumably the same bird seen near the Otter a few weeks ago so it could be ranging widely around the Exmouth/Budleigh area - who knows?
After I'd calmed down a bit I checked the camera, fully expecting just blue sky, but as you can see I fluked a shot that nicely captures its unique silhouette. 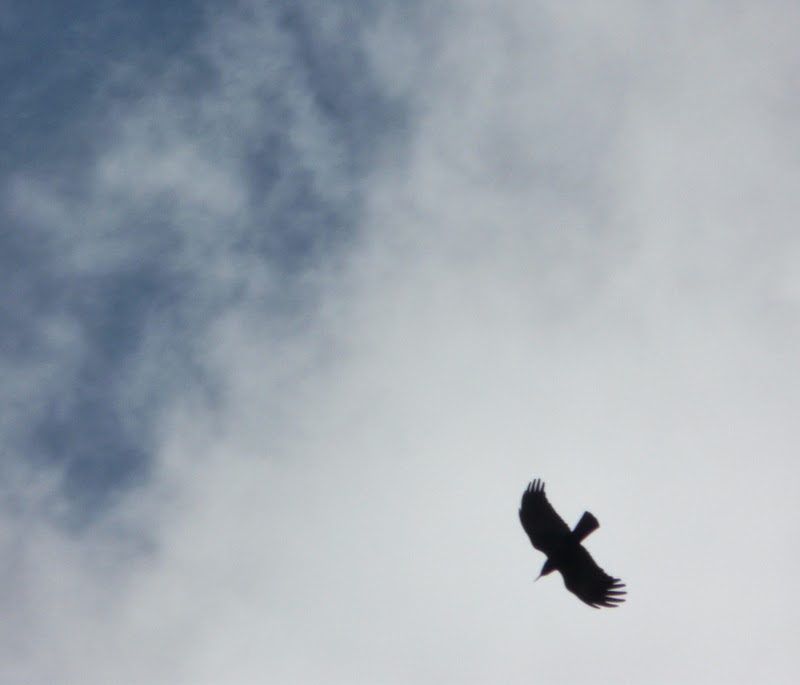 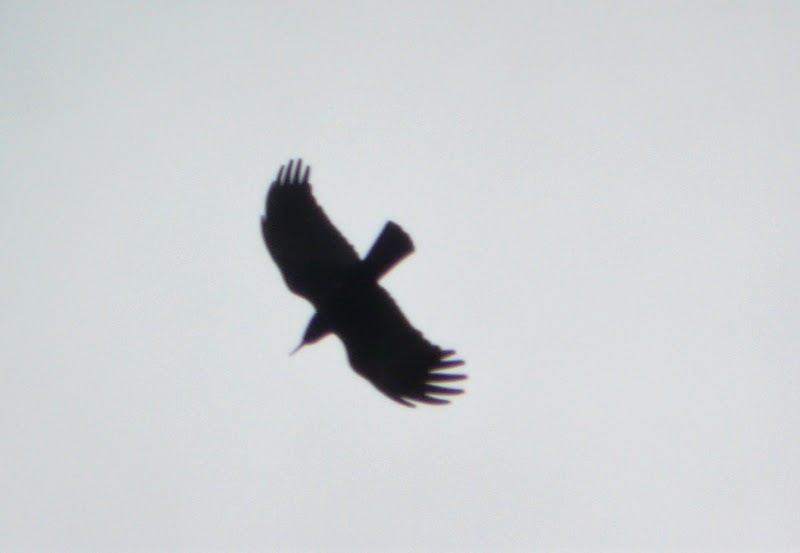