A beautiful morning this morning. Strangely calm after all the violent weather. I got out at dawn in search of gulls and was disappointed to see all the birds off the Warren. I decided to scan the tip of Warren Point and very quickly picked up a beautiful juvenile glaucous gull. It was of the relatively dark, coarsely-marked variety complete with pink, black-tipped bill and some dark markings in the primaries. As far as size goes it was at the smaller end of the scale, being only slightly bigger than adjacent herring gulls and nowhere near the size of the great black-backed gulls. At around 0810 it flew off out to see and I lost it in the glare of the early morning sun. Apart from that it was quite quiet with a slavonian grebe off the rugby club, 4 goldeneye, a few red-breasted mergansers and a distant auk sp drifting down the river. 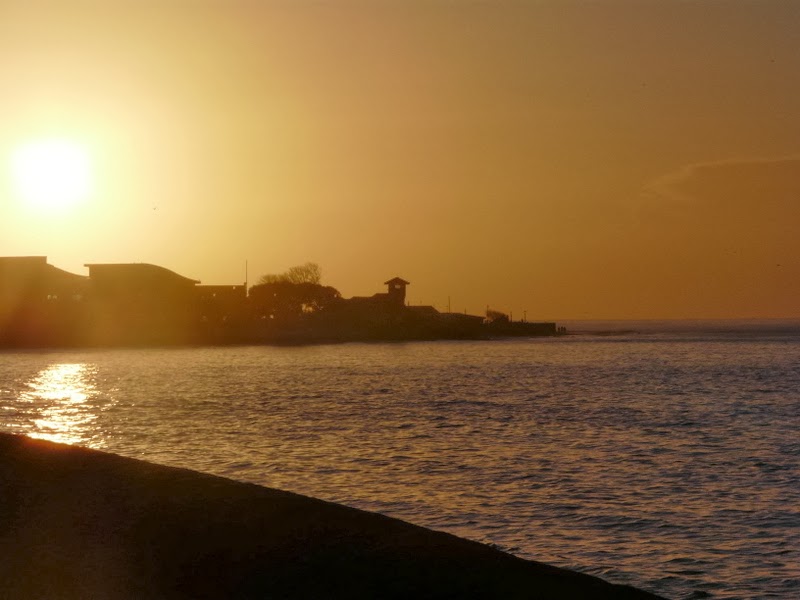 Looking towards the Harbour View Cafe from the seafront. 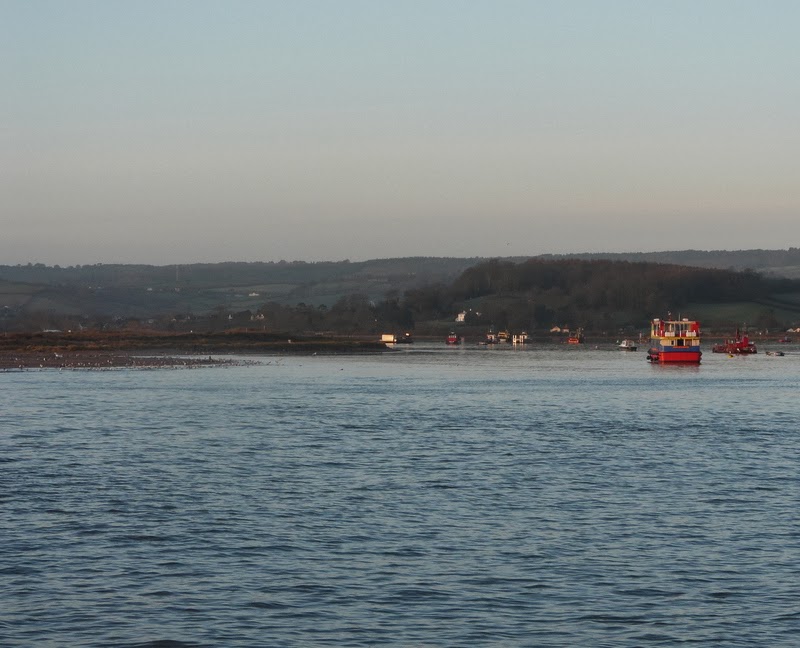 Looking across to Warren Point. You can see part of this morning's large gull flock and the Stuart Line ferry. 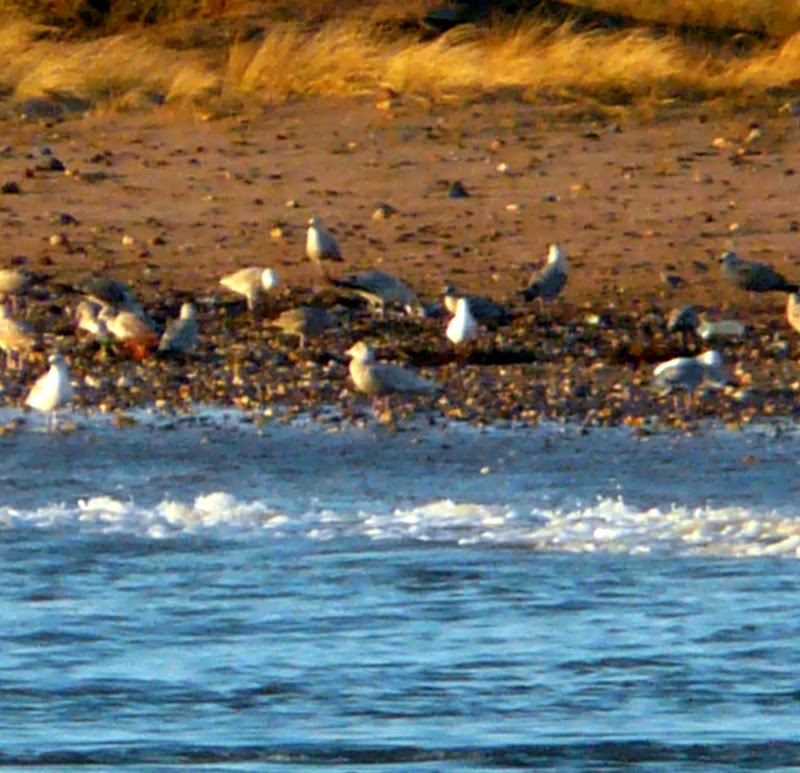 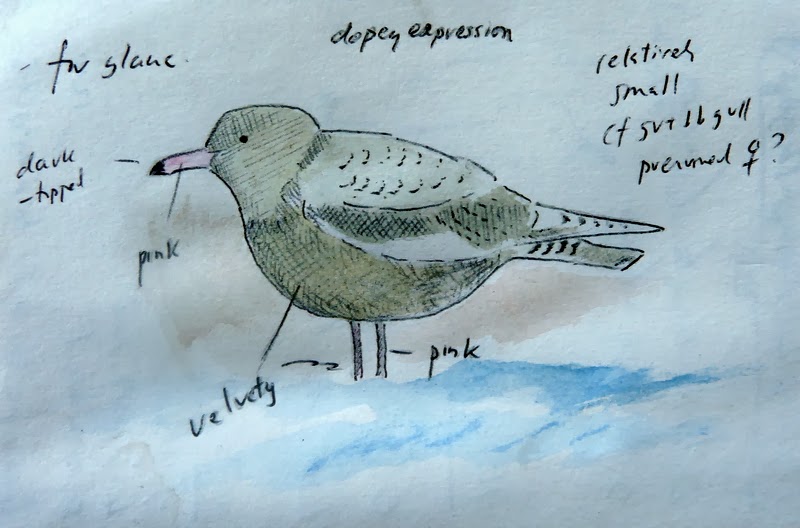 Rubbish field sketch of the glauc. 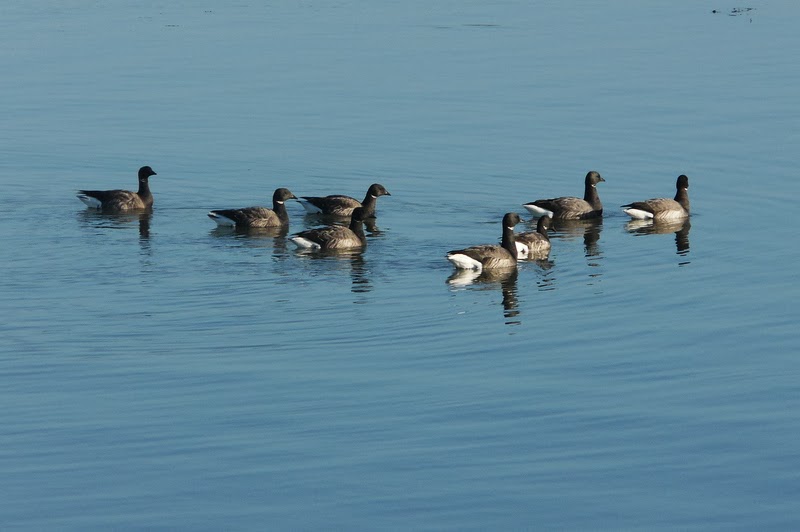 
Spent some time with the family and the dog on the beach at Sandy Bay this afternoon. It was really lovely and almost deserted. The main beach along Exmouth seafront was no doubt really busy as it always is the minute the sun comes out. The black redstart was still below the cliffs near the bottom of the ramp and a guillemot provided a sad sight, like many others that have been wrecked along the south west coastline recently. A lady was in attendance and had contacted the RSPCA but I very much doubt this bird will make it. 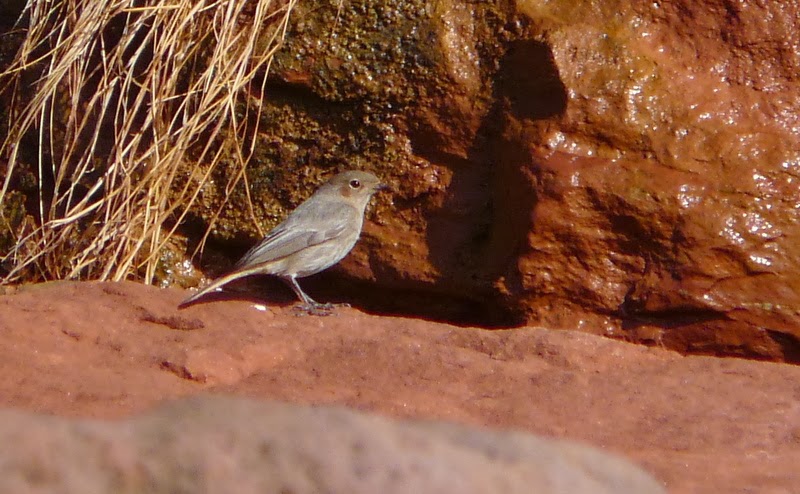 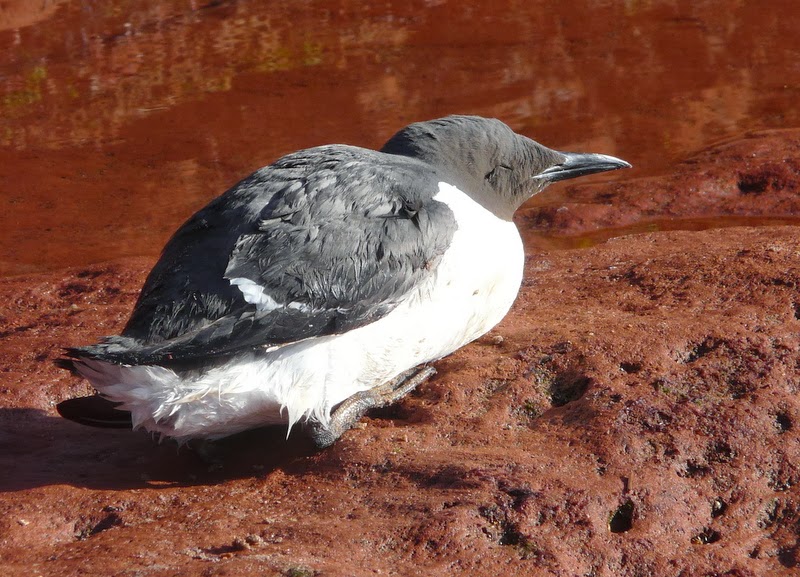