Gulls in the Gloom 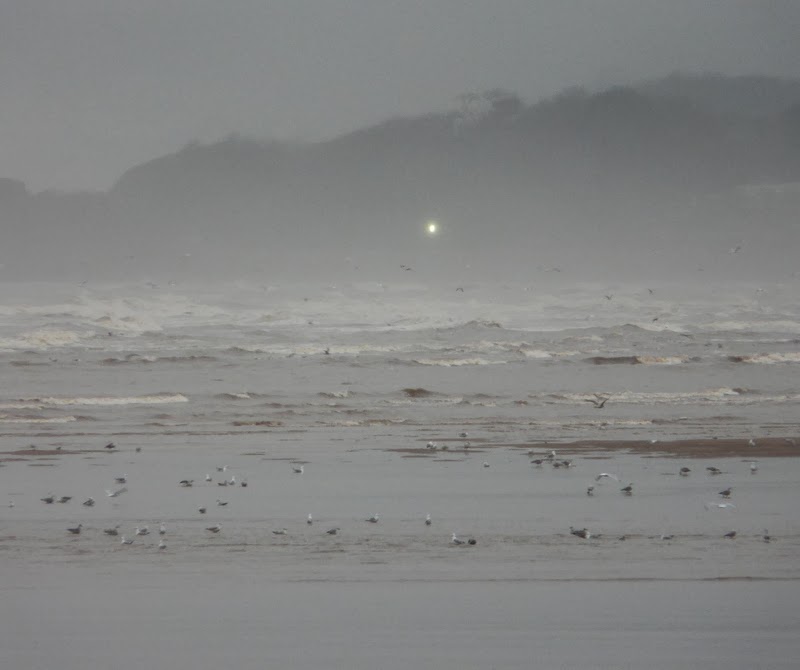 I had a very quick look off the seafront tonight, in between work and taking Joel to football. It was very frustrating to have so little time because there was an estimated 2000+ large gulls on the exposed sandbars and feeding on the sea. That is a very rough estimate and there may well have been more further out in the grey gloom. Exmouth, like many other places, has taken a pounding in the recent storms and it has clearly stirred up a lot of food offshore. There was a slavonian grebe off the docks and at least three purple sandpipers on Maer rocks. Yesterday a guillemot was sat on the sand bar off Mudbank, viewed from Joel's bedroom window, and a greenshank has been on the flooded playing fields behind our house today. The guillemot was clearly in a bad way, often being forced into the river by marauding gulls. A long-tailed duck was close in off the beach between Maer rocks and Orcombe Point late yesterday afternoon.
Posted by matt knott at 12:49