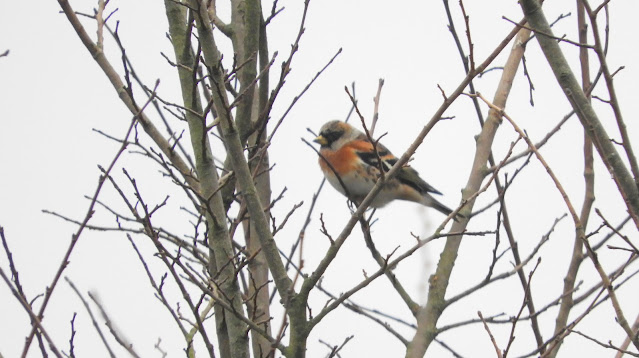 Brambling. I reckon I saw at least twenty today but, due to the frequency of calls coming from overhead, I suspect there are many more present, moving between game cover crops around the pig farm and surroundings.
I neglected Exmouth today and spent a few hours birding just beyond the parish boundary. At Hayes Barton, Yettington I recorded c20+ Brambling, c20/30+ Chaffinches, 3+ Lesser Redpoll, 1 Bullfinch, 3+ Reed Bunting, Chiffchaff, Mediterranean Gull and at least 5 Red-legged Partridges.
A quick look at the Otter, principally for the 34 Russian White-fronted Geese that turned up two days ago, produced 1 drake Pochard, 5 Pintail, c150+ Teal, 2 Chiffchaffs and 6 Little Grebes.
Finally a late afternoon squiz at Blackhill Quarry produced 7 Goosanders, 1 Dartford Warbler and a Peregrine.
My only look off Mudbank was very brief but did reveal 3 Goldeneye and the juvenile Spoonbill. 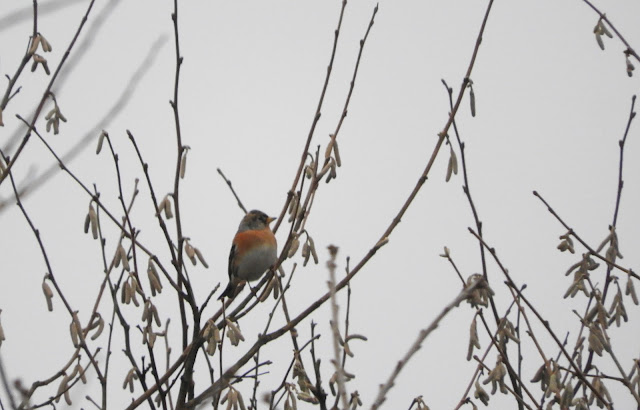 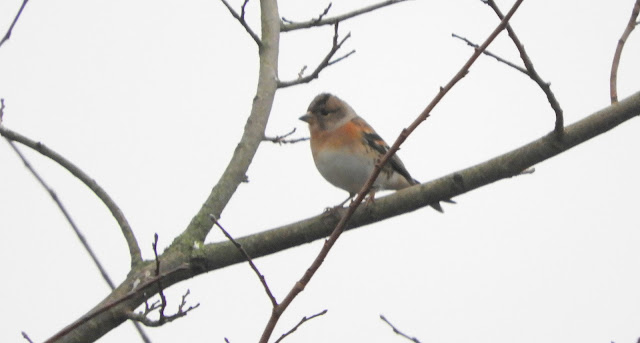 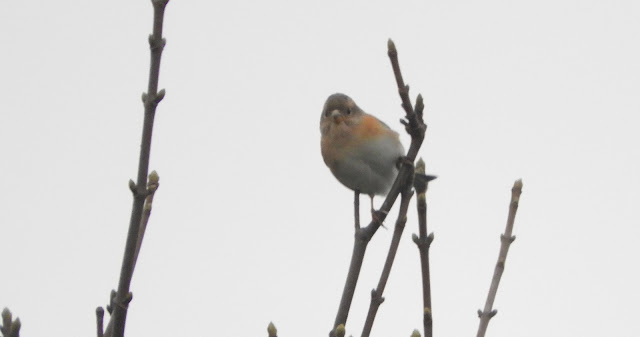 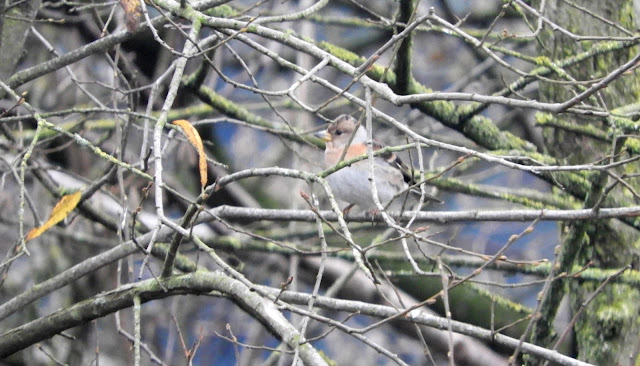 All thirty-four of the Russian White-fronts are in this photo. Not something we're used to seeing in Devon. 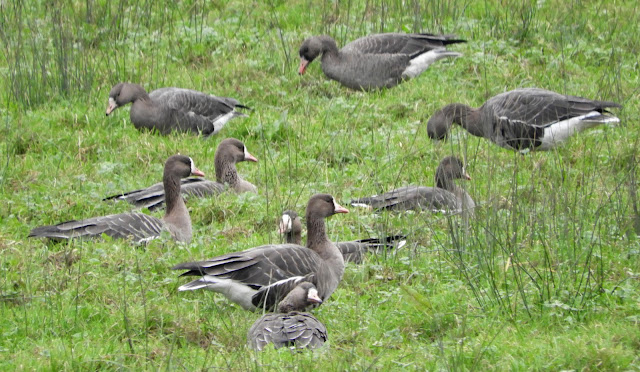 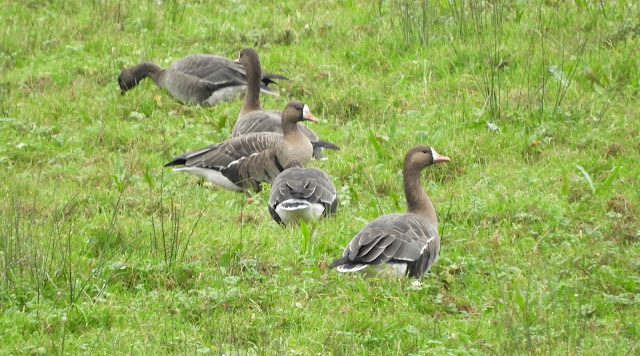 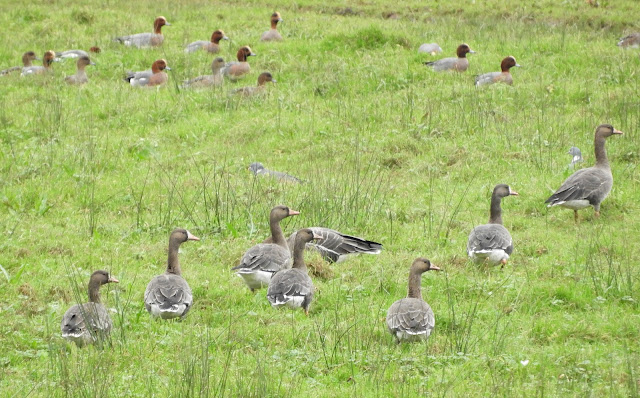 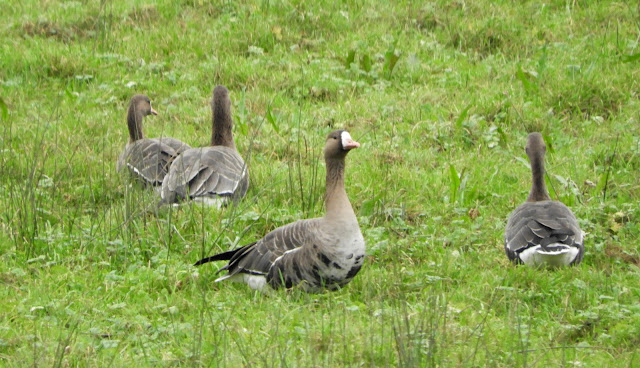 Drake Pochard - a scarce visitor to the Otter.

Five of the seven Goosanders that I saw at Blackhill Quarry this evening. Apparently, up to sixteen have been coming into roost of late. Good to see Roger, Liz, Rupert and Derek this afternoon.