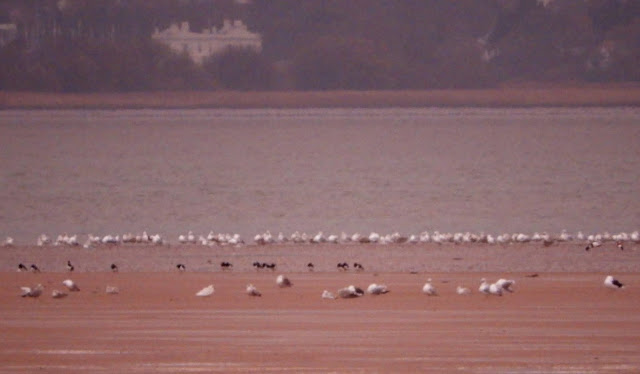 A first or second winter Iceland Gull was on Cockle Sands just before dark this evening - scoped (and badly photographed) from Shelly Beach.

A post work race around a couple sites this evening, in diminishing daylight, produced Iceland Gull and 5 Red-breasted Mergansers from Shelly Beach, at least one Firecrest along the cycle track, where it meets Sowden Lane, 40+ Meadow Pipits, Peregrine and 1 Jay at West Lodge and the Spoonbill off Mudbank with 150+ Teal. 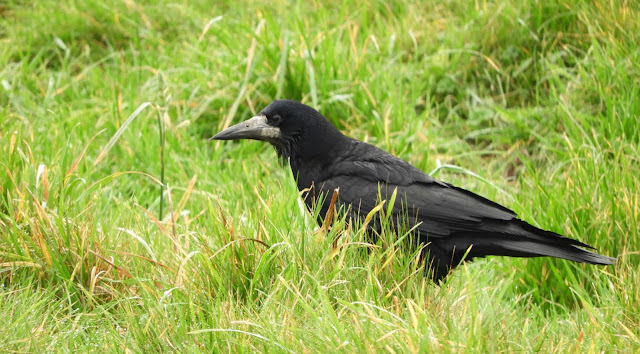 I love Rooks but rarely get this close to them. 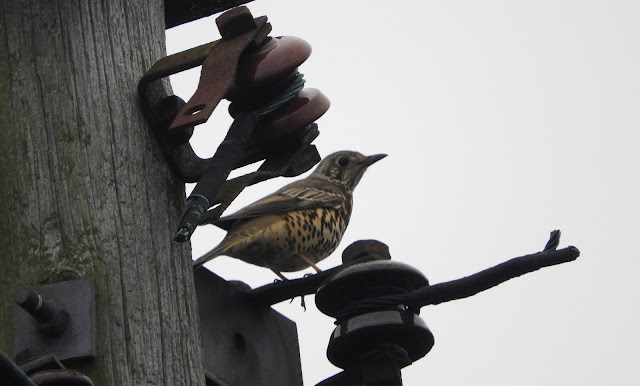 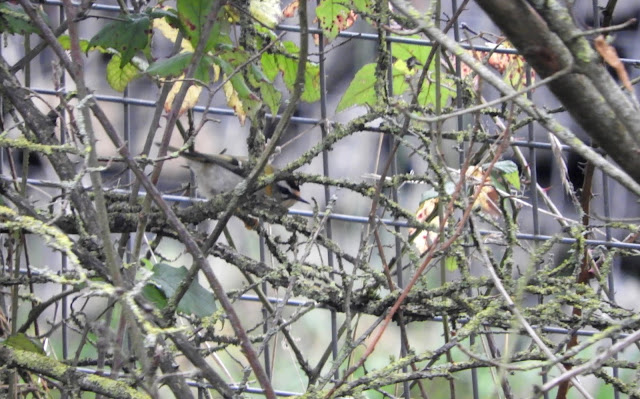 I'm pretty certain there were two Firecrests in the usual wintering spot, beside the cycle path, where it meets Sowden Lane, Lympstone. Either that or this bird relocated to a completely different spot and started calling, seconds after I'd taken this photo.

I wanted to capture the rather novel image of a Spoonbill on a wall but I fluffed the shot before it jumped off.