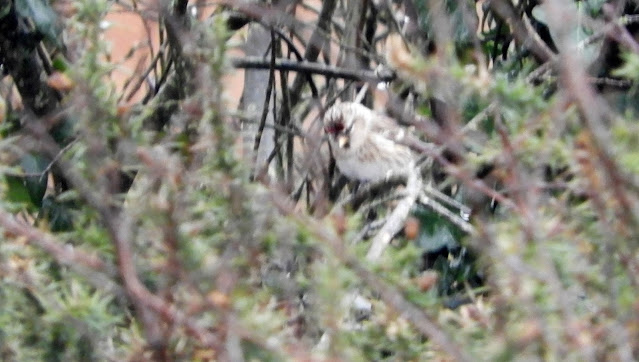 Another try for yesterday's Redpolls (it has always bugged me how difficult they are), following a long discussion with Mike last night. I was keen to see these birds not puffed up. Unfortunately the weather this morning was awful, and I got soaked trying to obtain these rubbish photos - disappointing after yesterday's relative success.
I found all eight birds further up the boggy valley, below Woodbury Fort. Again they were feeding on the ground and really difficult to get views of in the boggy, tussocky terrain. When the rain was at its heaviest they buried themselves in a thicket before excitedly emerging and flying back on to the ground. The field impression was of really cold greyish-white birds, but they are real chameleons and some of the images obtained, particularly of birds on the ground, look less convincing for Mealy - and you could certainly make an argument for a worn, late winter Lesser.
On balance I'd say these it's still too soon to rule out Mealy Redpoll, but I wouldn't be totally bowled over if ultimately they turn out not to be. Let's hope Chris has some success with his camera this afternoon... 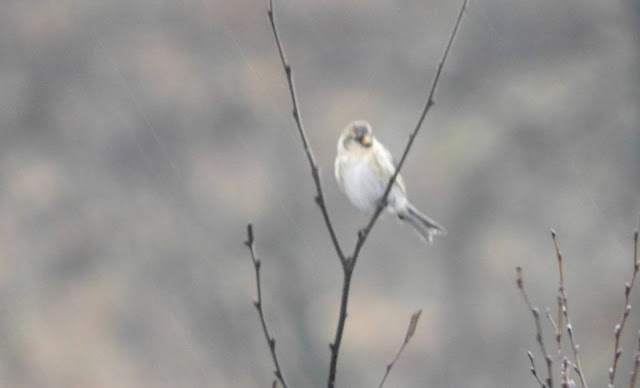 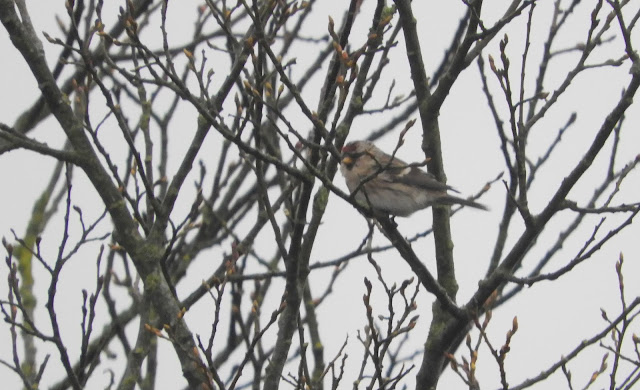 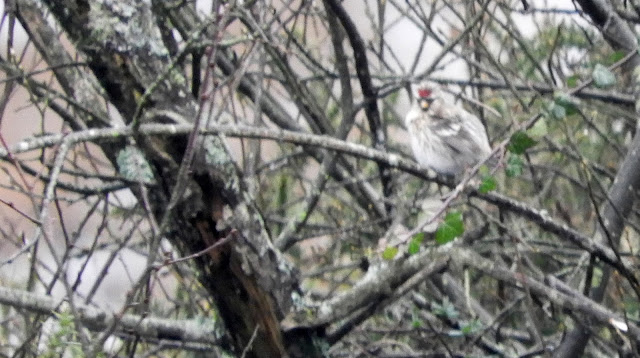 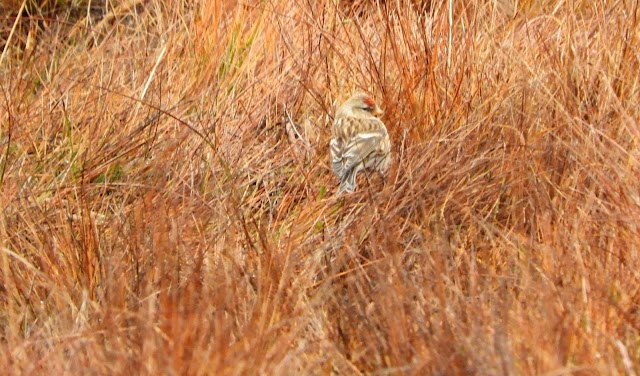 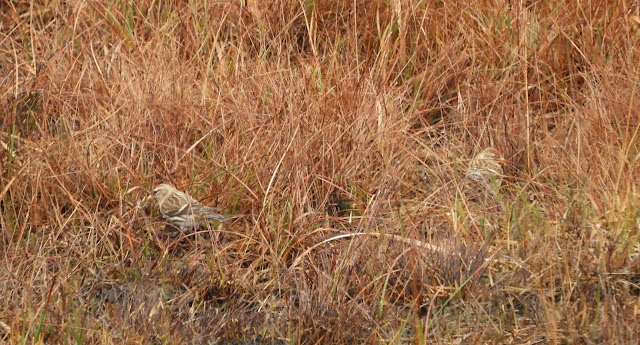 The birds are feeding on the ground in this very wet, boggy area. 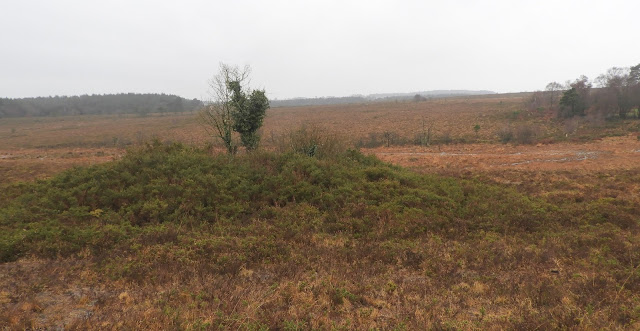 The thicket where the birds are seeing out the worst of the rain. 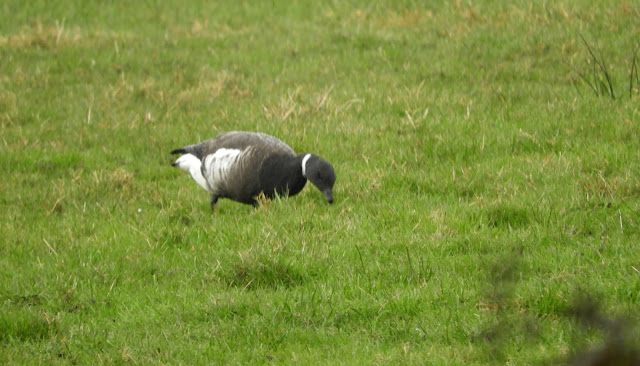 On my way to pick up mum I stopped opposite Darts Farm to find the Black Brant, in with c15/20  Brents. Ten minutes later, as we drove back, the flock had increased to about 2-300 birds! Torrential rain made briefly grabbing this photo extremely unpleasant. Interesting to note that all three Brants were reportedly still on the Fleet, in Dorset a few days ago.
Posted by matt knott at 05:54