Two immature drake Eiders were off the lifeboat station early this morning - good to see after the disappearance of the adult drake, that was around for ages at the tail end of last year.

Much calmer this morning but still a few bits and pieces in the bay. A short dawn-watch from the raised beach huts produced at least 15 Red-throated Divers, 4 Great Crested Grebes and 2 Eiders.
A mooch around Withycombe Raleigh Common, a little while later, was more productive than usual with 1 Woodcock, 4+ Fieldfares, 50+ Redwings and 2 or 3 Mistle Thrushes noted. The thrushes formed one flock on the archery club playing fields and the Woodcock was flushed from close to the footpath that skirts the archery club. Once flushed it circled around me a couple times, presumably hoping to resettle, but in the end it plonked down on the adjacent Dalditch heath. 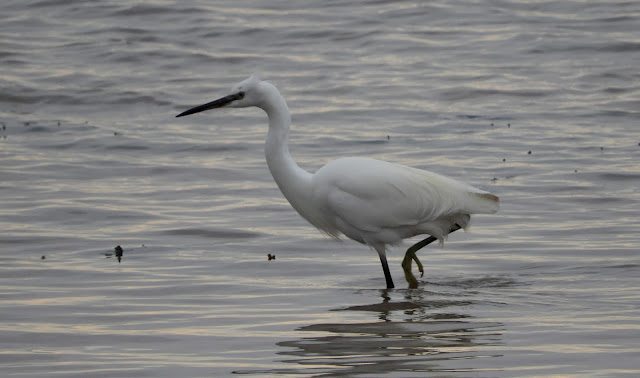