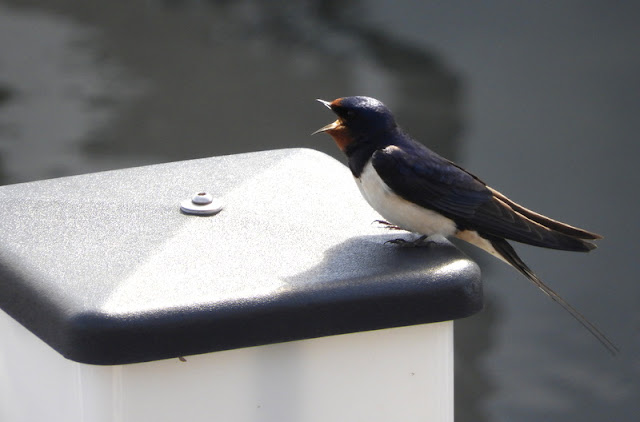 This Swallow was singing from a post in the marina.
At 0645 the first-summer Bonaparte's Gull was again off Shelly Beach, viewed from the Imperial recreation ground. It was also present shortly after 7pm this evening and still there when I left it at 810 pm. Also off Shelly Beach - c200/250+ Black-headed Gull, 3 first-summer Mediterranean Gull, 6 Sandwich Tern, 1+ Ringed Plover and 1 Swift.
Off the seafront - an adult Mediterranean Gull and from Shelly Beach at 1650 - 2 Arctic Skua. I picked them up in flight as they were circling high above the Warren, and I tracked them as they then headed north, really high up. I lost them from sight as they cruised towards Exeter! 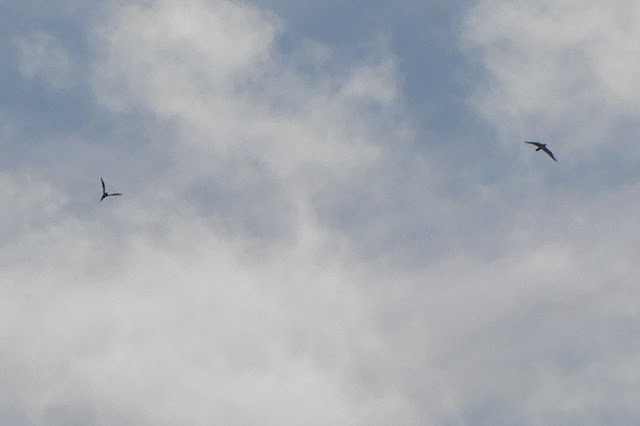 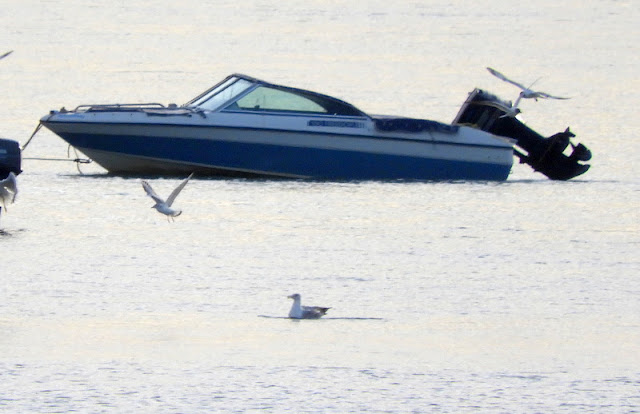 Bonaparte's Gull - still playing hard to get and sticking to the middle of the river.
Posted by matt knott at 13:11