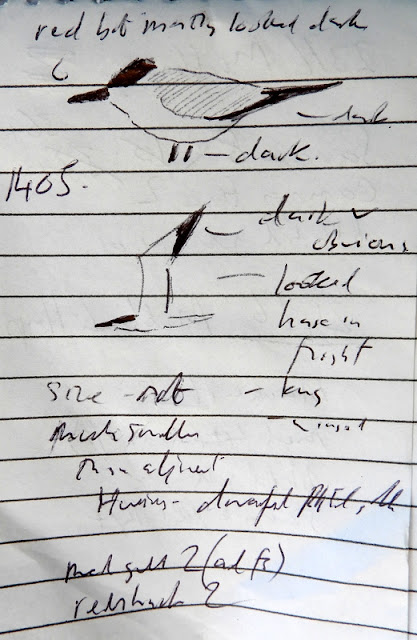 Crappy field notes taken just after finding it. I'm relieved this wasn't my only documentation of the bird but it would have been better than nothing.
With my GCSE classes long since finished I was able to (but not strictly supposed to) extend my lunch break today and check the river. Shortly after 2pm I was casually chatting to John Swain, scanning Cockle Sands, when I realised the tern I was looking at looked a bit large! The heat 'shimmer' meant the bill looked just dark, but the thing was only a fraction smaller than adjacent Herring Gulls! I voiced my suspicions that it was Caspian Tern to John and it took flight to reveal big dark undersides to the primaries. It looked huge! It immediately dropped down amongst Herring Gulls and I started texting the news out.
Next came some very ropey field notes and then the bird was gone. I picked it up very briefly about ten minutes later, feeding towards Lympstone, but there was no further sign until Kev thankfully relocated it off the viewing platform at Bowling Green.
I couldn't resist getting better views so I jumped in the car and went to see it. By this time a number of birders had been and gone from Mudbank, but I think most people managed to catch up with it off the viewing platform.
The only other birds of note off Mudbank today were two or three Mediterranean Gulls and the first two returning Redshank. 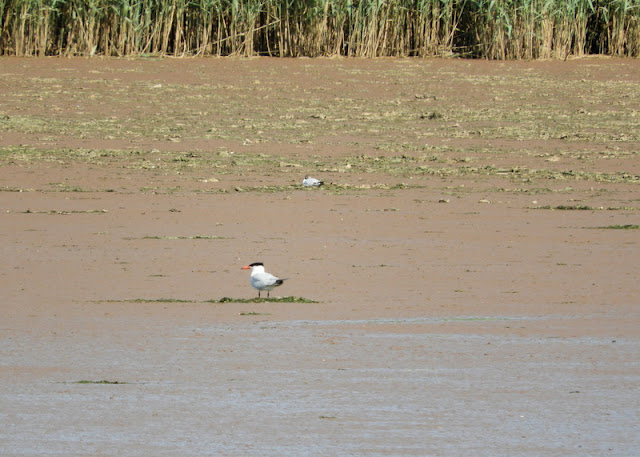 Although not visible in this photo the bird is wearing a red darvic ring on its left leg. 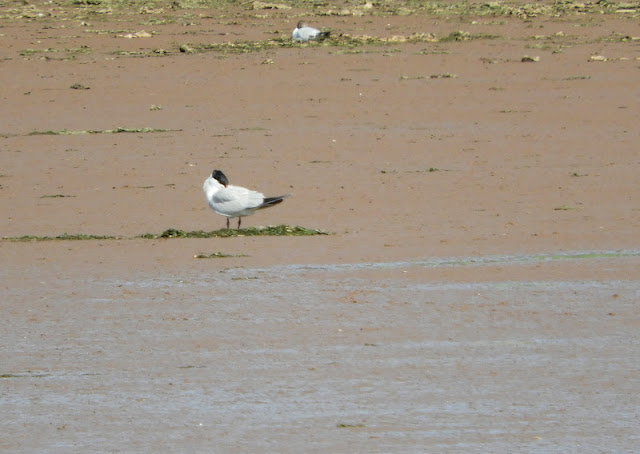 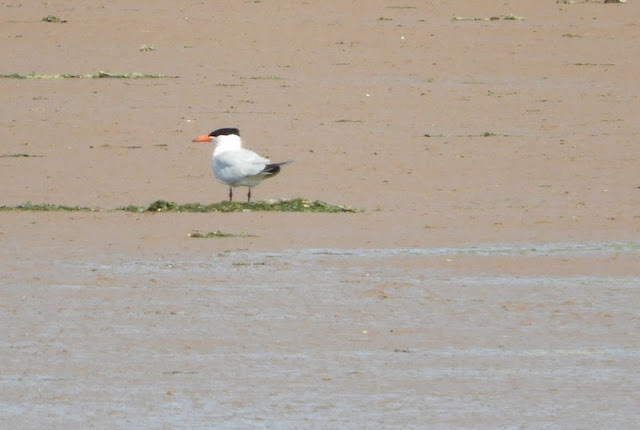 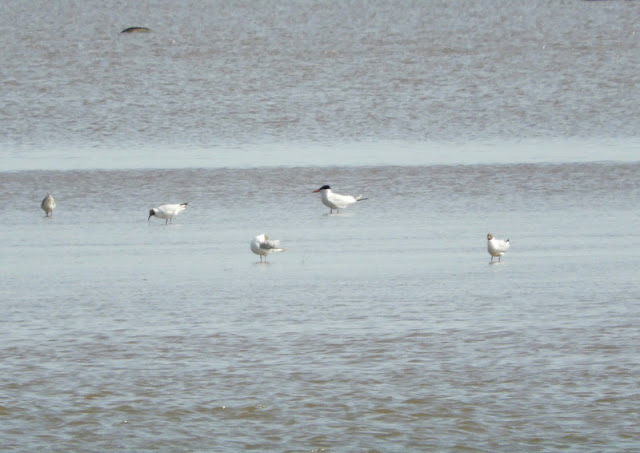 From its original position on mud off the viewing platform, it flew a short distance down river and landed next to some Black-headed Gulls which it dwarfed. 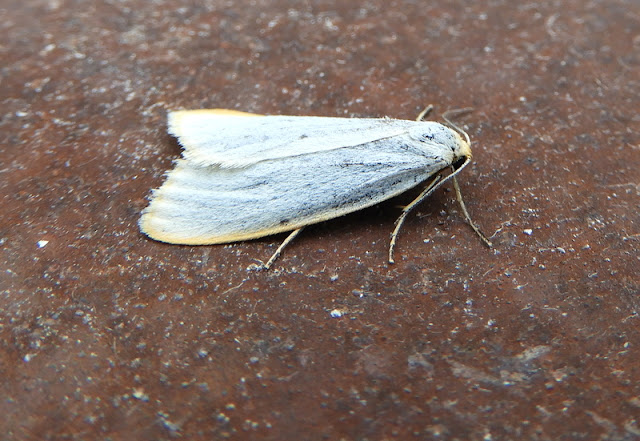 Four-dotted Footman - my first in Exmouth. 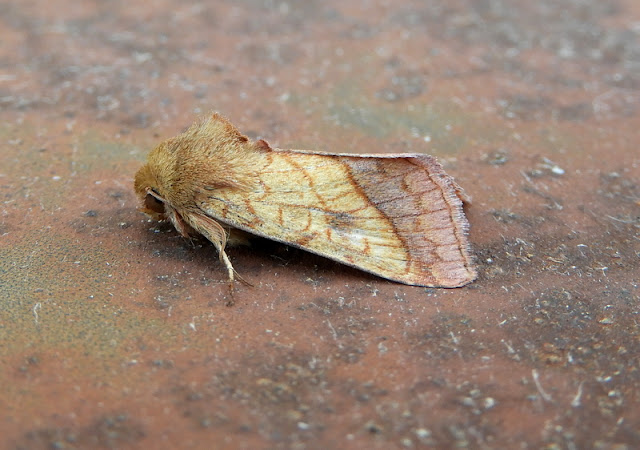 Bordered Sallow - always a joy to find this beautiful species in the trap.
Posted by matt knott at 10:35