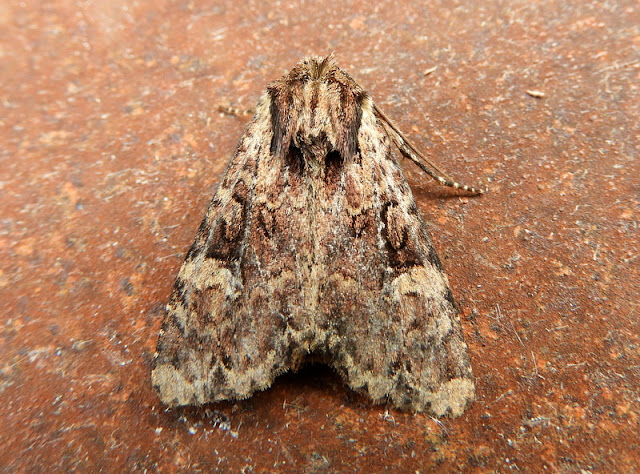 Clouded Brindle - don't really know why it has taken me so many years to see what is essentially a common and widespread species.
A bulging moth trap this morning and the birding wasn't bad either. The estuary, from the Imperial and Mudbank, produced 13+ Sandwich Tern, 3 Common Tern, 2 Grey Plover, 2 Great Crested Grebe, 1 Whimbrel, 2 adult Mediterranean Gull and best of all - a first-summer Little Gull - my first in Exmouth this year. Sadly no sign of the Caspian Tern today, but it has been established, thanks to Dave Boult's superb photographic skills, that it was ringed as a chick in southern Sweden, in a place called Oxelosund. Apparently it was ringed in 2016 as part of an on-going conservation project. Fascinating stuff!
Good to see Steve Young this morning. Can't remember the last time we bumped in to each other. Sorry the tern didn't oblige. 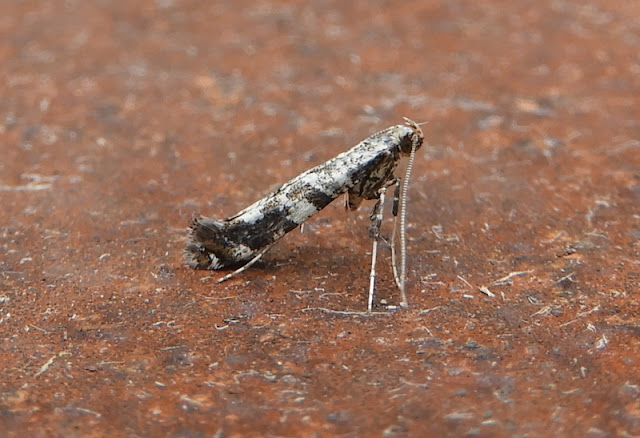 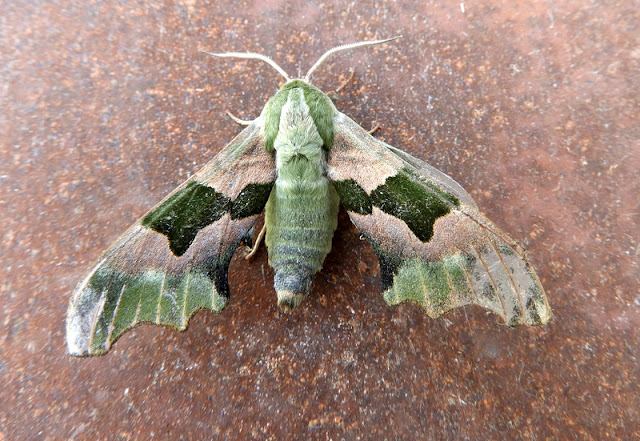 Lime Hawkmoth - don't see too many of these. 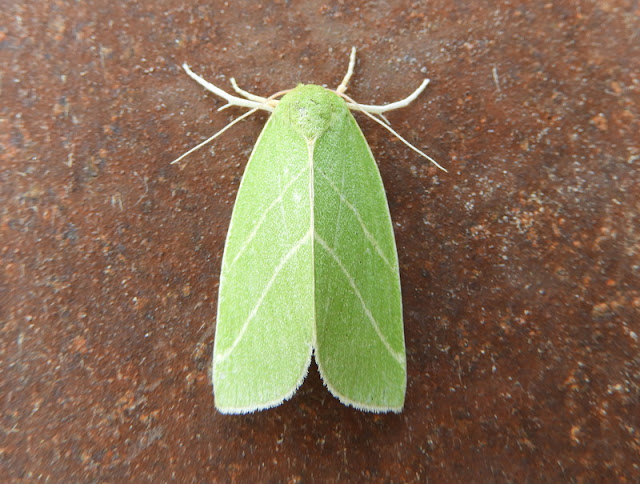 A surprise to get two Scarce Silver-lines in the trap this morning, having seen only my second ever just a few days ago. 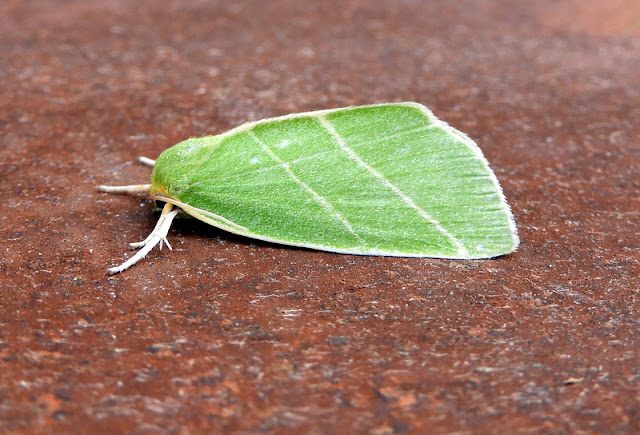 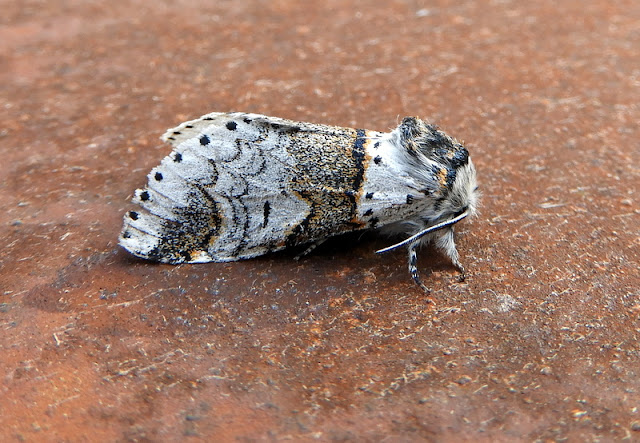 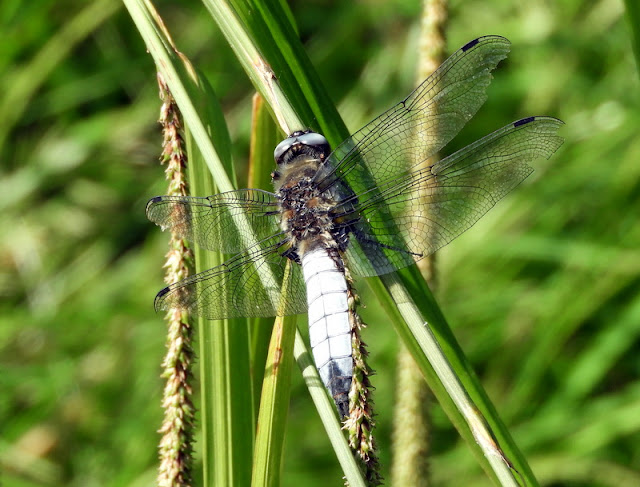 Scarce Chaser - plentiful at Lower Bruckland Ponds. Was hoping for Steve's Lesser Emperor but no luck today, although I think I had one briefly before it was chased high in to the sky by an Emperor. A very pleasant hour in a beautiful spot, despite dipping. 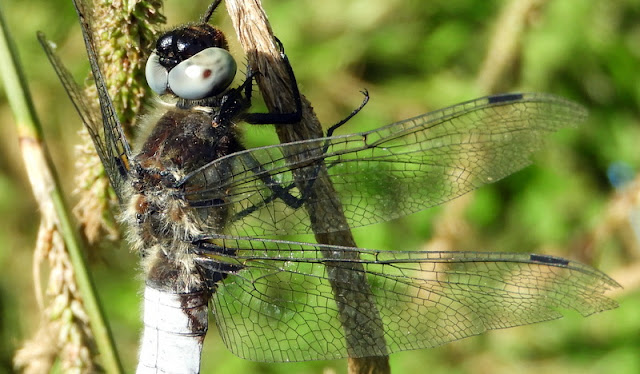 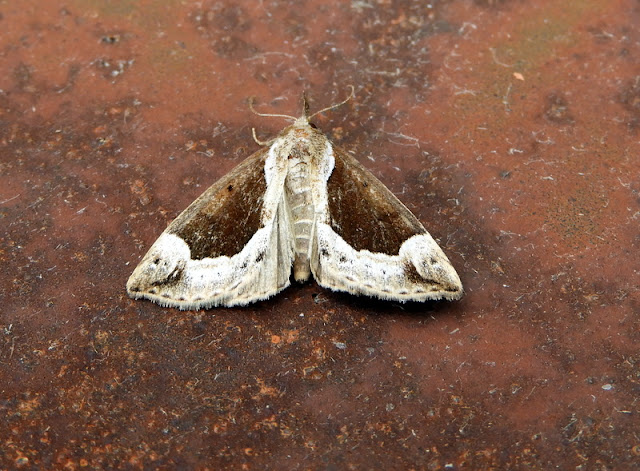 Beautiful Snout - a fresh one. I just don't get this species here in Exmouth but thankfully Martin does. Only the second one I've seen but the smartest by a mile! 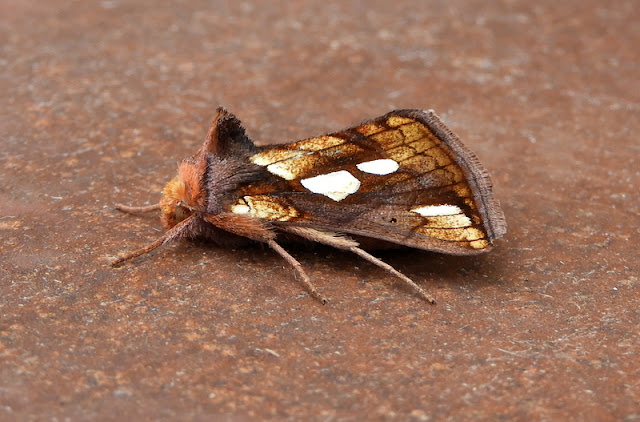 Gold Spot from Martin's trap. Reckon this one only emerged yesterday. It's in perfect condition.
Posted by matt knott at 08:25