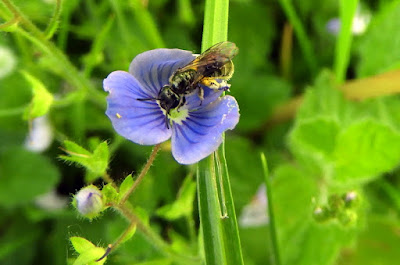 A couple of bee species and a few moths from the trap this morning. The above bee was not a lot bigger than an ant and the one below sports a reddish patch on the abdomen that is most noticeable in flight.
In the trap were Common Swift, 3 Cinnabar, Riband Wave, Flame Carpet, Garden Carpet, 2 Common Marbled Carpet, Common Pug, Grey Pug, Oak-tree Pug, Brimstone Moth, Peppered Moth, Willow Beauty, 2 Poplar Hawkmoth, Puss Moth, Swallow Prominent, Pale Tussock, Buff Ermine, 2 Muslin Moth, Cinnabar, Least Black Arches, 2 Heart and Dart, Shuttle-shaped Dart, 3+ Flame Shoulder, 2 Bright-line Brown-eye, 3+ Marbled Minor Agg, Treble Lines, 2 Vine's Rustic and Spectacle. A small number of micros included 3 Diamond-backs - the only immigrant species in the trap. 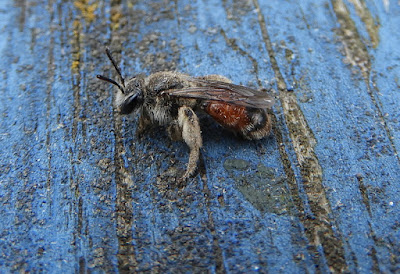 Red-girdled Mining Bee - thank you to Nick for the identification. This is apparently a scarce and localised species with a preference for sandy soils. It looks like I have a small colony at the back of my garden. They are a small bee and the red band is visible, and distinctive, as they fly low to the ground in small circuits. 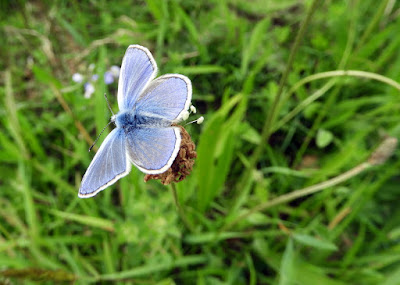 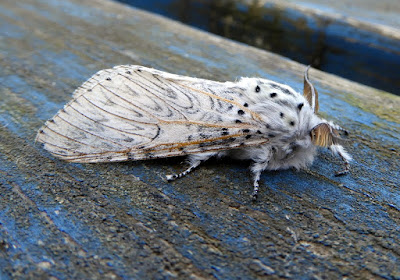 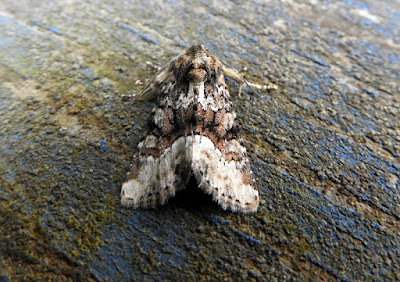 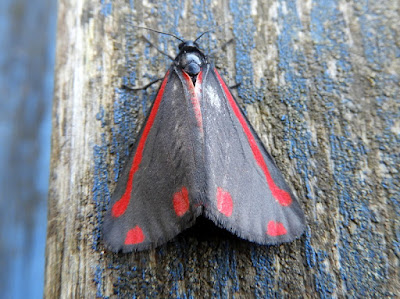 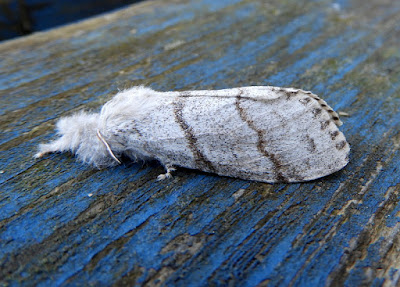 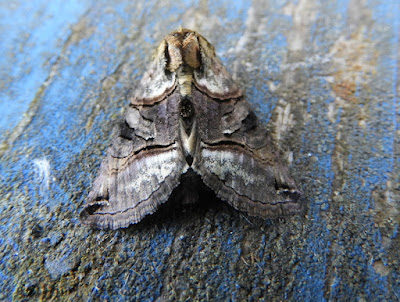 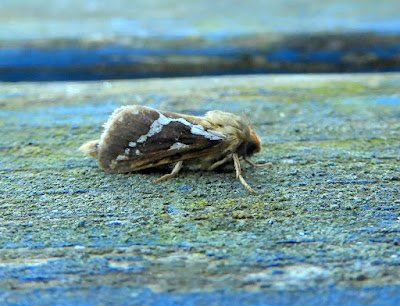 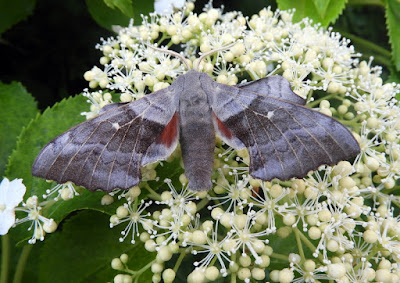 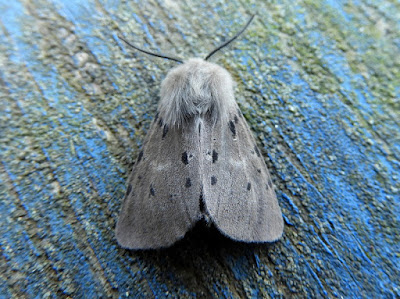 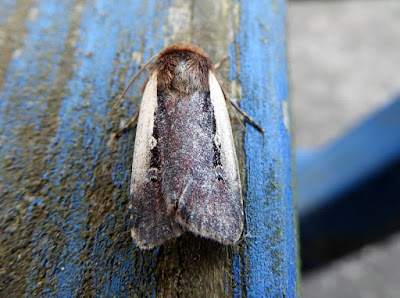 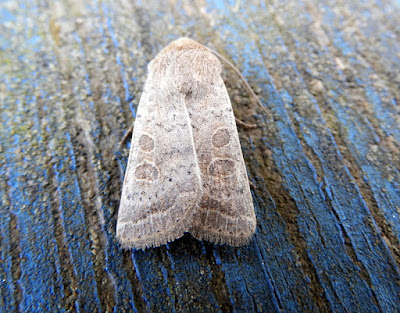 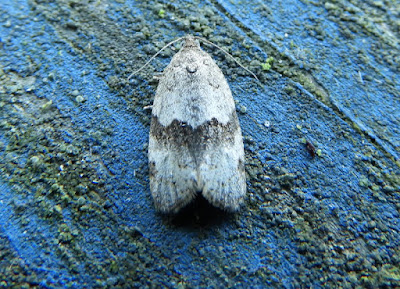 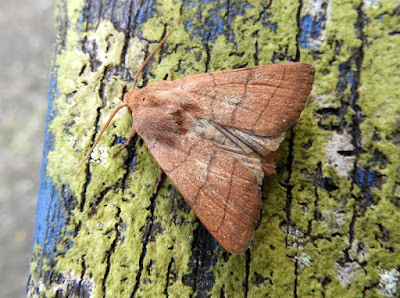