A Few Bits and Bobs 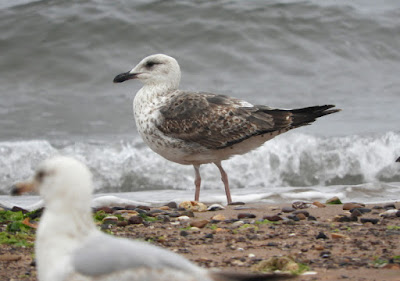 First-summer Lesser Black-backed Gull - Exmouth Beach
Still virtually nothing to report, but very little time out at the moment. Off Mudbank were 2 Common Terns, 3 Sandwich Tern and 4 or 5 Mediterranean Gulls. Waders included 2 Dunlin, 15+ Sanderling and 3 Whimbrel.
This afternoon I met up with Martin for a quick stroll around the local commons. Some nice insects were discovered despite the damp and drizzle.... 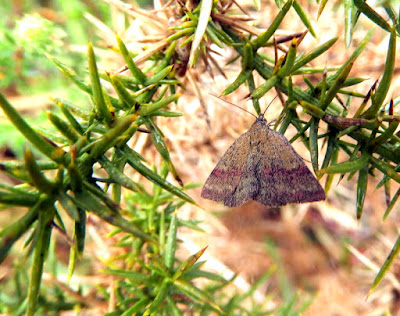 Small Purple-barred - good numbers of these on the wing at the moment but missed target Clouded Buff and Narrow-winged Pug. 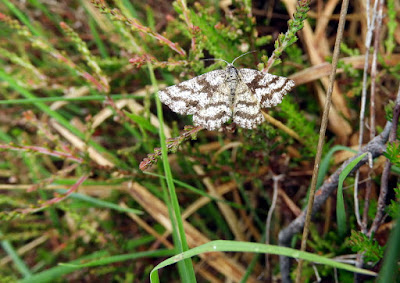 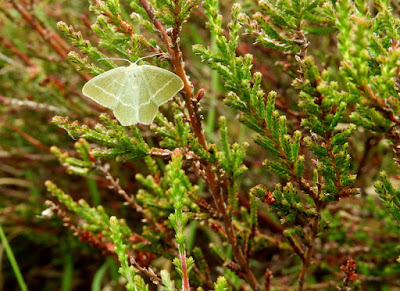 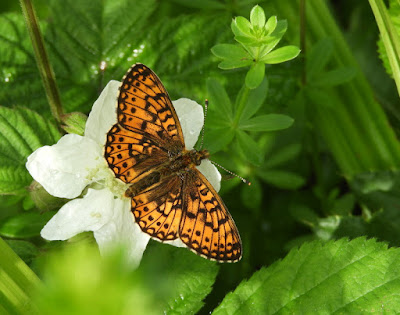 Small Pearl-bordered Fritillary - one or two of these seen, plus 2 Green Hairstreak, Painted Lady, several Common Blue and Large Skipper. 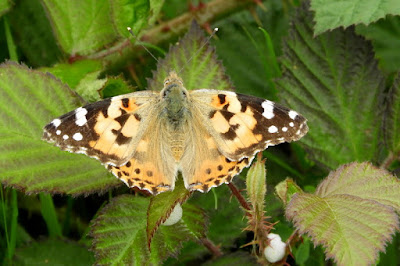 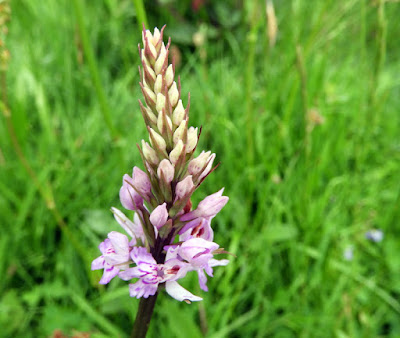