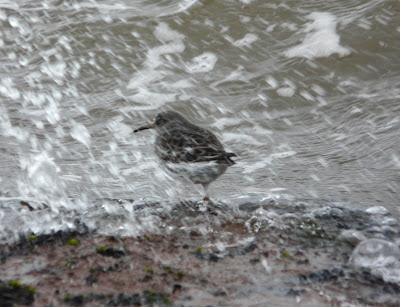 Nick and I watched the sea from the raised beach huts for an hour or so early this morning. The oddest sighting by far was an Egyptian Goose that went past distantly around 8ish. Like an odd Cormorant with large white forewing patches, it made for a peculiar sight as it made its way south. Kev texted me later to say that one had turned up at Slapton - presumably the same individual. Needless to say it's the first one I've seen in/from Exmouth. Several small parties of Brent Geese headed high east, no doubt on their way back to Russia, and several groups of Black-headed Gull and Common Gull headed towards the river. The only other birds of note were 1 diver sp and c40+ Common Scoter.
I managed a quick look at a couple other areas today. Off Mudbank were c6/700+ Brent Geese, first thing, along with a pair of Goldeneye. The Firecrest was still behind the cricket club and there were 8 Purple Sandpipers on Maer Rocks. I still haven't managed a double figure count this winter. 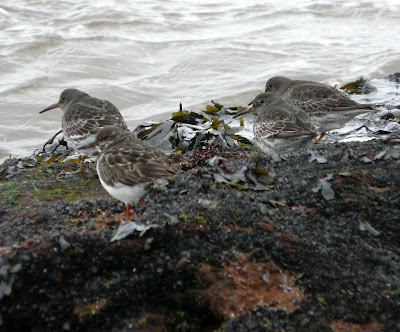 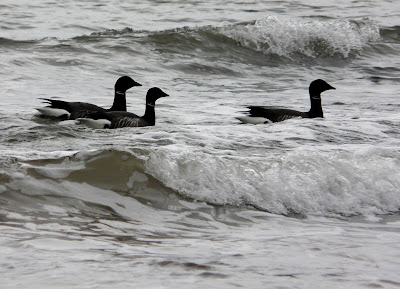