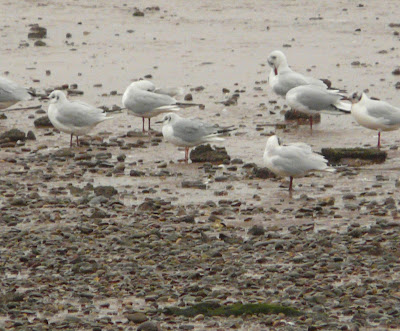 The adult Bonaparte's Gull was off Mudbank late this afternoon, along with a handful of Black-headed Gulls and an adult Mediterranean Gull. No doubt stormy conditions out on its usual stretch of the estuary weren't to its liking. A quick look off Maer Rocks revealed several hundred Herring Gulls catching starfish in the surf but no white-wingers. On the rocks -  4 Brent Geese and at least 3 Purple Sandpipers. An immature drake Eider was off the seafront, not too far off Warren Point - the first I've had in Exmouth this year. 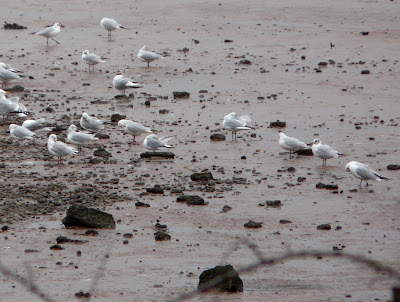 The Bonaparte's Gull spent almost the entire time I was watching it, preening. The pure white undersides to the primaries were striking but it was its smaller size coupled with its slightly darker grey colouration that first drew attention. I think the last time I had it this close off Mudbank was 2011! 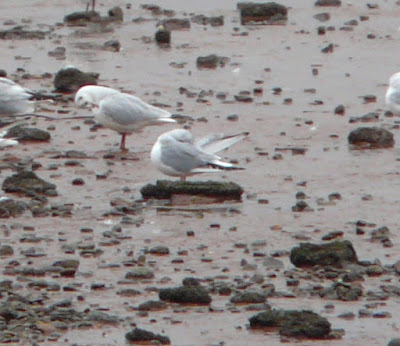