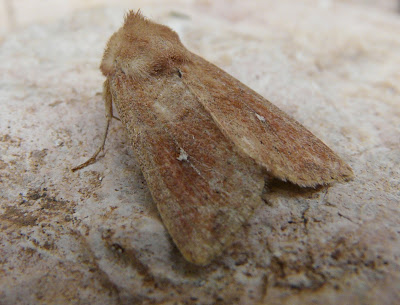 White Point - this along with 2 Silver Y, 2 Rush Veneer and 2 Rusty-dot Pearl were the only immigrant species trapped last night.
A post-work trip up to Orcombe late afternoon was worthwhile. Two Kestrels hunting the top fields were the first in ages. This mirrors what happened last year when what was presumed to be a dispersing juvenile bird appeared in early autumn. Also up there 5 Wheatears and 3+ Chiffchaffs. A 20 minute sea-watch produced a distant pale-phase Pomarine Skua that ditched down for 10 minutes at 430pm and continued south 10 minutes later. A flock of c20+ Common Scoters were sat on the sea and 6 Sandwich Terns were logged. Not a lot else but Mudbank produced 14 Pale-bellied Brent Geese with the first 2 Dark-bellied Brent Geese of the autumn. Also 22 Bar-tailed Godwits and a tonne of Wigeon. 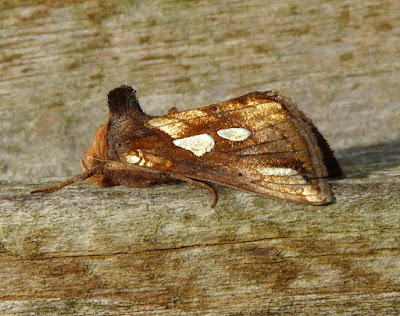