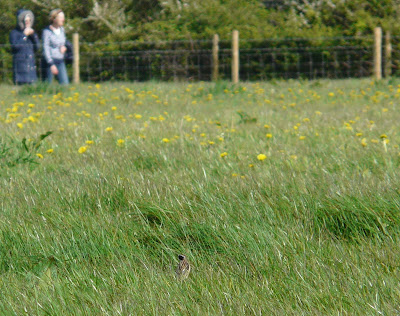 Whinchat
It was odd this afternoon. I popped up to Orcombe after work and went straight round the dung field and two large top fields without seeing a single migrant, apart from the many Whitethroats now on territory. I almost got back in the car to go home but decided to do a quick check of the cliff-top Blackthorn bushes.  As I reached the paddock I was greeted by 2 Wheatears. Glancing over the gate into the big flat field I was stunned to see it jumping with birds - c10+ Wheatears, 2 male Whinchats and a few Linnets. Why all these birds were concentrated in this small area is a bit of a mystery but it was really nice to see. In the Blackthorn there were 4 Willow Warblers including a really smart grey and white bird which thwarted all my attempts to get a photo. At least three Blackcaps were seen and a timely call from Derek put me on to the Short-eared Owl near the iron shelter. It was sat out in the open but I suspect it had been flushed by one of the many dog-walkers that let their pooches run riot through the fields. 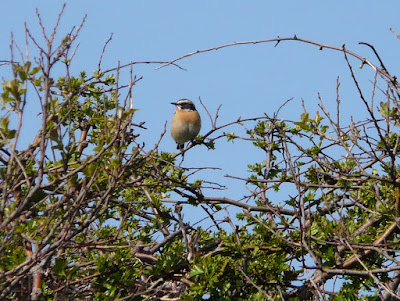 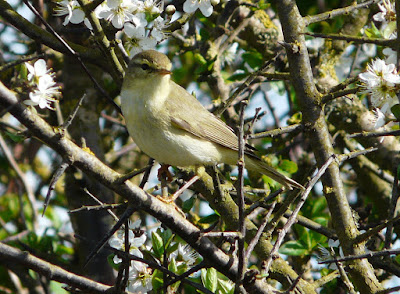 Willow Warbler - not the grey one I was after. 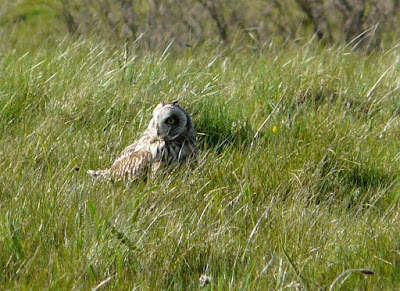 Photographed from the footpath shortly after 5pm.
Posted by matt knott at 10:46