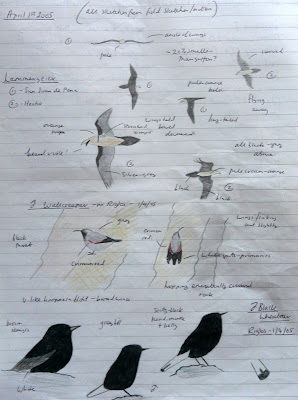 
I've always been rubbish at twitching. No wonder my Devon list hasn't increased much in the last few years. A quick glance at 'Birdguides' whilst at work put me in a bit of a quandary. Lammergeier in Devon! Preposterous! Twitch or no twitch? I almost felt I had a duty to go!  I briefly contemplated it but rapidly came to the conclusion that it would require a whole lot of effort and I'd probably spend the evening chasing after it in vain. Couple that with the likelihood that it's from a re-introduction scheme and I just couldn't face it. I hate chasing birds and despite what you may think I hate missing our sit-down family meal in the evening. On top of that, twitching other peoples' birds is far less appealing than finding my own. Don't get me wrong, I would love to see a Lammergeier cruising along a Devon ridge but I'm fortunate enough to have seen proper wild ones in the Pyrenees and the memory of that trip is still fresh in my mind.
Back in 2005 my brother and I took the car and a tiny tent down to Spain. We did the whole trip on a shoe-string budget (it wouldn't take too many twitches to match the cost) and saw some fantastic birds in breathtakingly beautiful surroundings.
I'd be lying if I said I didn't keep lists but there are times where the irrationality of chasing a species that you've already seen, just because its in a place where you haven't seen one before, seems nuts.
Having said all that, if this bird is pinned down somewhere closer, where I stand a good chance of seeing it, it may be too hard to resist! 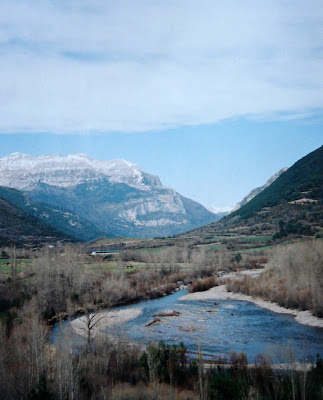 The beautiful Hecho Valley - worth a visit even if there were no birds there, but we watched 4 Lammergeiers here, including a bird that dropped below us to pick up a stick-like object that was quite possibly a bone. 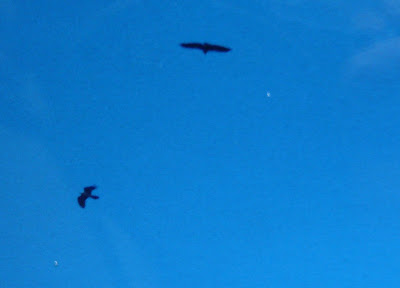 Lammergeier (left) with Griffon Vulture. This photo was taken at the monastery at San Juan De Pena in the Spanish Pyrenees. My brother an I sat out in front of the monastery on a beautiful sunny morning, just sky-watching. We had to wait a while to finally clap eyes on the Lammergeier but boy was it worth it! I was using my Dad's old Olympus camera. I was far more interested in sketching the birds back then. Something I should be doing more of now.
Now for some local birds seen today......... 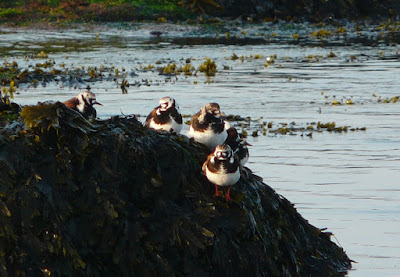 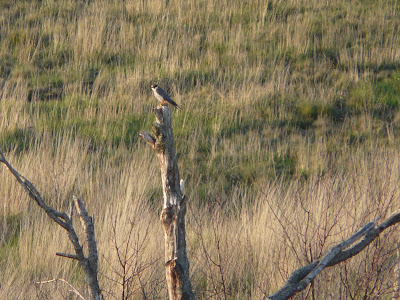 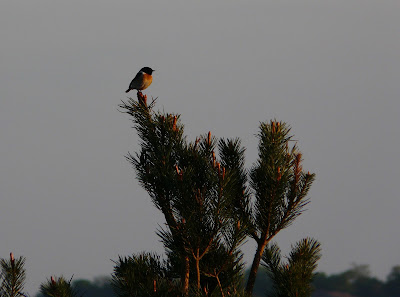