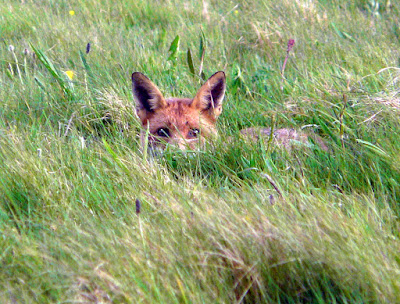 Another dawn on Orcombe Point with much the same in the way of birds - in order of appearance - 2 Dunlin, 5 Great Crested Grebes, 1 Great Northern Diver, 1 Black-headed Gull, 1 Roseate Tern, 4 Manx Shearwaters, 12 Common Scoter and 20+ Sandwich Terns. I had a quick look from opposite Warren Point in time to watch 4, then a further 6, Pale-bellied Brent Geese arriving. There were just 3 Whimbrel and about a dozen Sanderling on the point itself.
I watched the river from the back garden for a short while this morning and logged 13 Bar-tailed Godwits heading upriver, and 6 Pale-bellied Brent Geese - presumably the birds seen earlier off the seafront.
Following an afternoon at St James' Park, watching Joel play a cup final, I whizzed around the top fields and was somewhat surprised to find the Short-eared Owl. I haven't seen it for three days so had assumed it had gone. It has clearly changed its habits. 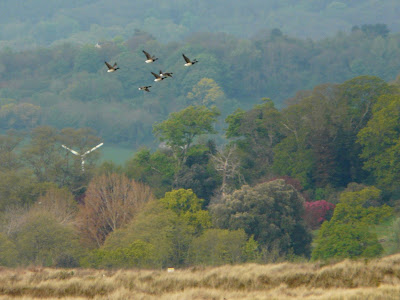 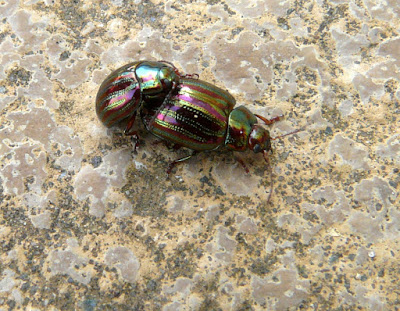 These mating Rosemary Beetles were found by our neighbour Neil. A year ago we searched the Rosemary in his garden for them without success so he was understandably chuffed to find these today - a simply stunning species! Many thanks Neil. 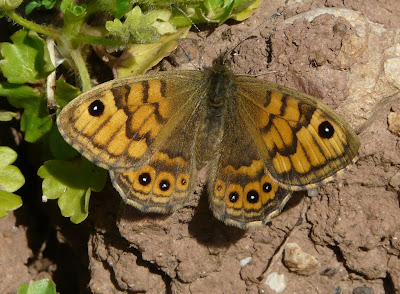 It has been a good day for butterflies with temperatures well above average for the time of year. This Wall on Orcombe Point was the first I've seen this spring. Also on the wing were good numbers of Orange-tip, Peacock, Green-veined White, Holly Blue, Small Tortoiseshell and Red Admiral. 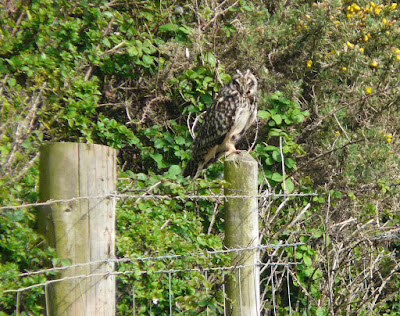 It's still here - roosting on the edge of the field above the Bristol Schools Camp. 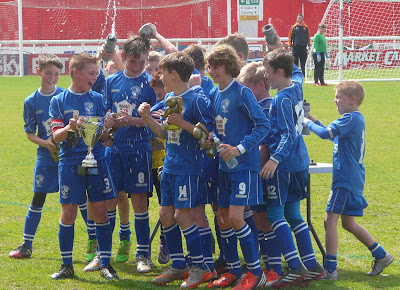