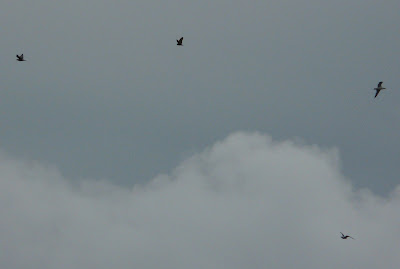 Short-eared Owls are really hard to catch up with in Exmouth so today's bird was thoroughly appreciated. It was gulls that drew my attention to it as it circled high over Warren Point at around 315pm. It soon moved off south with its posse of gulls in tow. I was stood watching terns off Shelly Beach at the time. The Sandwich Terns were all sat on the buoys in the estuary. I counted c50+ along with 1 Common Tern that showed reasonably well and produced none of the ID headaches that I experienced yesterday! Otherwise it was pretty quiet with just 7 Red-breasted Mergansers and 4 Dark-bellied Brent Geese making the notebook. 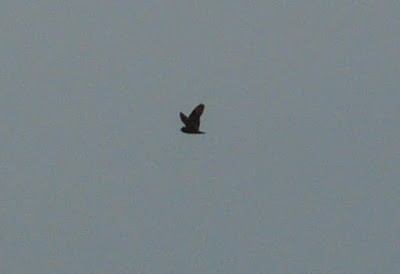 Short-eared Owl. The last SEO I saw in Exmouth was on November 6th 2011. 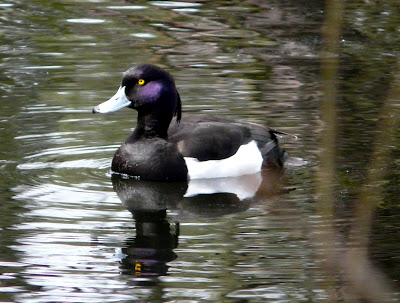 Male Tufted Duck - Bystock Pond - just within the Exmouth parish boundary. A tricky species to catch up with in Exmouth though I have recorded a few on the river over the years. They have bred on nearby Blackhill Quarry.
Posted by matt knott at 08:31